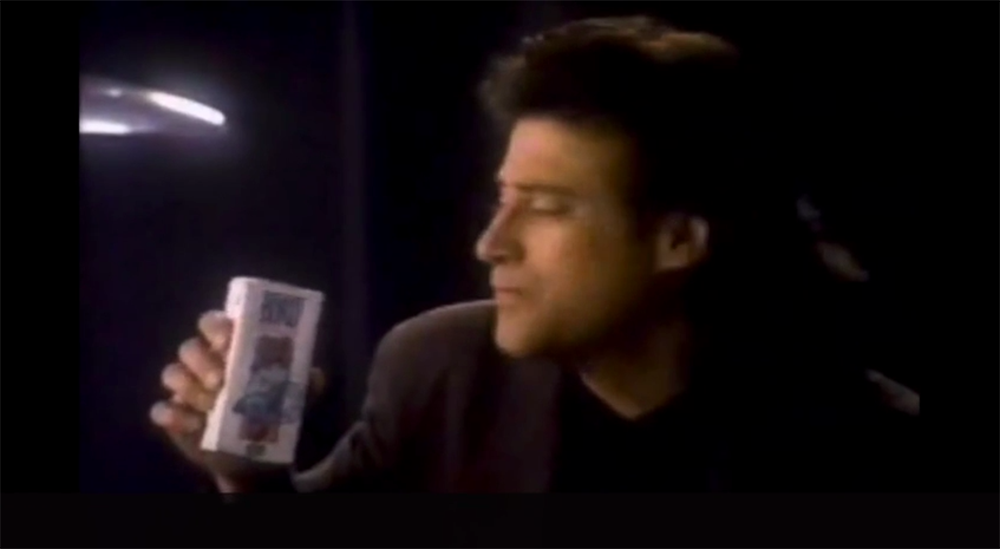 After releasing music as Shopping Spree, including a self-titled tape and a split cassette with Celestial Shore in late 2012, Portland, Oregon-based artist Stevhen Peters is now working under his own name. Peters has dropped the “Shopping Spree” moniker, but not the accompanying critique of consumer culture. According to Peters, his newest track, “TV & Donuts” is about:

This pet theory I have regarding the decline of religious participation in America since the 1950’s. Basically, I think all of us naturally carry a lot of existential woe as we try to find some deeper meaning in our lives, and develop this unsupported belief that the future will be better than the past. Up until the mid-20th century, Americans seemed to find this in religion and took comfort in the belief that they’d be rich in heaven/the afterlife/wherever. Then, in the 50’s/60’s as advertising became more prevalent with television, I think people (myself included) began to channel their existential woes through consumerism instead, and religion was largely replaced by shopping. So, rather than giving money to a church and taking comfort in the hopes of a fulfilling afterlife, people began to accept this idea of “Drink Budweiser and you’ll be cooler and sexually attractive and you’ll be so much happier.” In other words, large corporations seem to capitalize on all of our unrest and emptiness (duh), and brands become pseudo-religious figures that promise us a heightened existence if we join up, and all of us like this better than going to church bc [author’s use] its easier and more immediate.

It’s an indicting, yet apt, realization about society. The video is a joking criticism, pairing an old Richard Lewis ad for juice with what Peters describes as “cheezy iMovie TV effects” in the form of shittily scrolling lyrics in an abhorrent, grotesquely pink font. Musically, “TV & Donuts” is a loopy (and looped) vocoder romp that settles somewhere between dreamwave and polished DIY electronica. The lyrics are drippingly wry and settle high in the mix, well above the clicks and hums that define the track’s instrumentation; it is easy to get lost in the sound of “TV & Donuts”, which will help you forget the downfall of civilization.

Peters will be releasing a nine-track cassette next month. You can watch, and sing along with, “TV & Donuts” above.