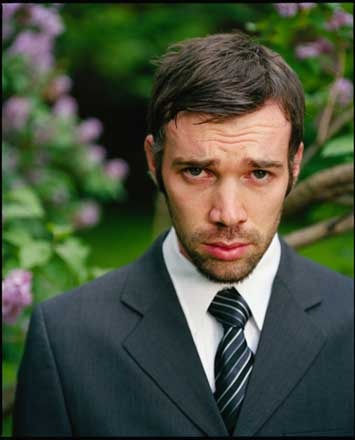 Buck 65, the Canadian MC raised in the countryside, who used to climb a tree to get enough radio reception to hear hip hop, has announced US tour dates in support of his upcoming album, Situation, out October 30 on Strange Famous Records.

It was a few short years ago that Strange Famous label head Sage Francis said “Buck has had his head up his arse for many years now.” Things change; hip hop artists apologize for blowing up at snotty journalists and lambasting the genre that spawned them. Label heads forgive and forget and everyone eats cake.

Lately, Buck's cowboy rap-style has strutted confidently over increasingly countrified instrumental arrangements. One Beck-infused number, “Shutter Buggin”, is currently up for a remix contest on the Strange Famous Records site.

Buck claims he was almost signed to the Yankees as a youth, if only he scout who was hyping him hadn't died.

PrevPreviousSharon Jones tours with album out today
NextIMPOSE: Back from Canada, still sort of wasted.Next