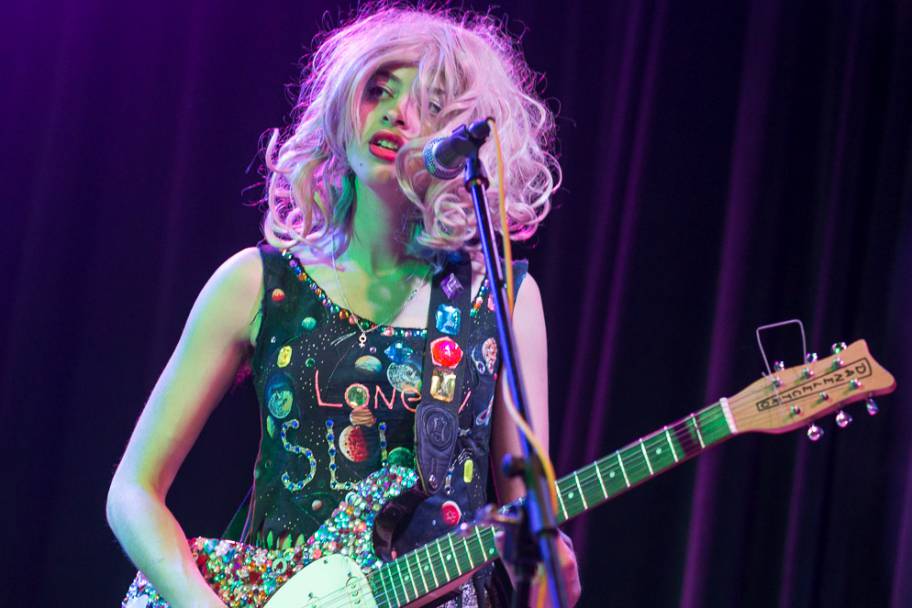 
Hot on the heels of the lauded Stray Dogs release, Nashville by way of Fort Worth, Texas’s Siberian Traps announce their forthcoming album Indicator available June 9 & deliver the premiere for “Outtasight”. Welcoming multi-instrumentalist Ben Hance into the fold, the result is what is possibly the smoothest batch of recordings from the group so far that indicates new inspired & freeing approaches to their creative processes. The result is the sound of a band at the crossroads, embracing changes, new challenges, opportunities, trading their angular tones for something birthed out of the tradition of all the new romantic greats.
“Outtasight” arrives like a sleek & speeding throwback DeLorean time machine to make all your neon dreams come true. Mike Best, Seth Reeves, Peter Wierenga & Ben Hance bring their A-game to the table to make a song that lives up to the magnitude of the title. This is the result & sound of a group coming of age & striking upon a sound that we think might be the next big thing heard on the main stages of summer festivals soon to follow. The percussion propels all matters forward as the chords & rhythm guitar progressions match the beat as heard in the timed measures at work in Seth’s delivery. “Outtasight” is the Siberian Traps single to have grooving on the stereo for your next road trip or family outing that offers up something that everyone will respond to according to their own experiences & memories. Everything is well arranged, from the guitars to the keyboards where all elements chime in time to one another that makes for a memorable event that extends beyond the scope & span of vision & out to the vanishing point.

Siberian Traps’ lead singer/songwriter Seth Reeves delivered the following words on the single “Outtasight” & insights about the making of Indicator:

“Outtasight” is the last song we wrote for Indicator and ended up being one of those rare songs that just fell into place with seemingly little conscious effort, a gift from the songwriting gods. Wherever it came from, it was channeled straight through the id of my anxiety over difficulties in some of my relationships. Like a lot of people, I was also pretty pissed off about the 2016 election outcome. I’d been thinking a lot about T.S. Eliot’s poem “Burnt Norton” about all the pathways in life that we don’t get to see, the choices not made, the un-observable, discarded alternatives of the world we don’t live in. And somehow that all came together into a song that, in hindsight, has the slightest shades of Phil Collins’ “Don’t Lose My Number”. Which I am entirely alright with.

Out of all our records, Indicator was definitely the most fun to make. The mantra was: Don’t overthink it. This allowed us to inhabit the moment of the performances a bit more, and we ended up tracking about half of the record live in the studio. Of course, we did overdubs, but the core of the songs still reflect that sense of spontaneity and opportunism. As we neared the end of the tracking process, we realized we were onto something a bit more cohesive than our previous efforts, so we ended up finding ways to push the record into further into symphonic territory in the sense that each song felt like a movement within a greater whole. Our last record was more of a jangle pop singles record, so Indicator feels sort of like the opposite to that. I hope someone out there decides to put it on and listen from start to finish.