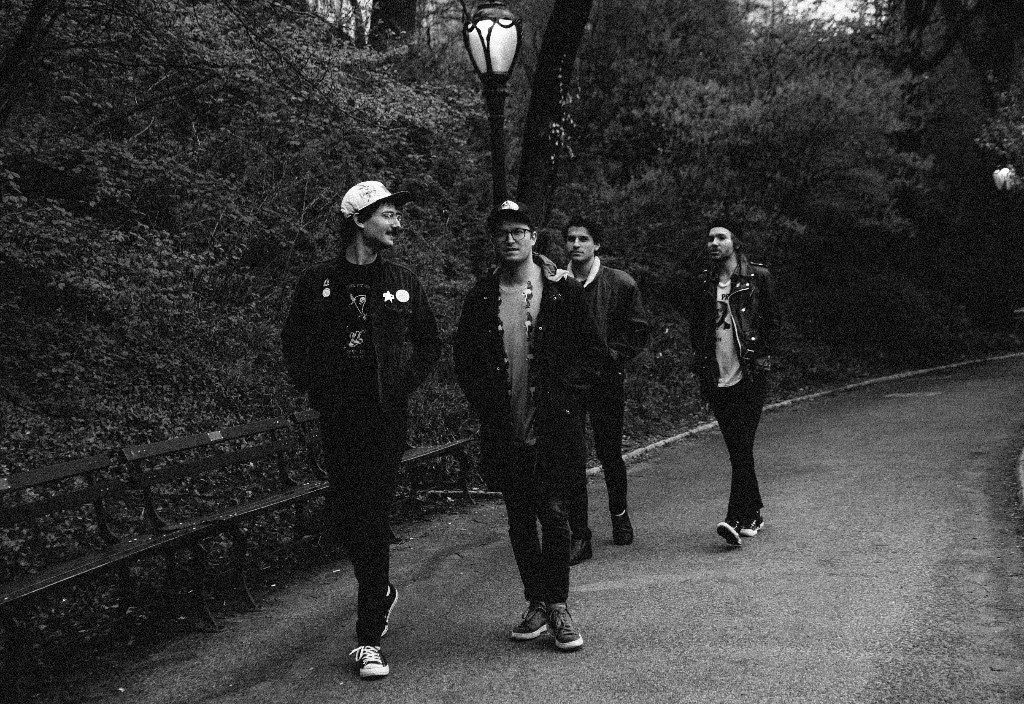 Photo Credit: Hana Haley
It’s been roughly three and a half years since I last heard from NYC-based songwriter Layne Montgomery who wrapped his former band, The Great American Novel, around that time. Since then, Montgomery has been tinkering with sounds and lineups operating under a slew of monikers in Lame, The Romantic Comedy and The Who But Like Better Or Something.
Now, with Max Miller (lead guitar), Aidan Shepard (drums) and Stove Shaw (bass), Layne Montgomery Paper Company is primed to move forward with the titular artist stepping into the studio with Ayad Al Adhamy (Passion Pit, Team Spirit) to record the group’s debut full-length. Impose Magazine is happy to host the premiere of the video for the band’s latest single, “Teenage Feelings,” today.
The track is a whip-smart slice of power-pop with a riotous energy ready to rally you through those long, crisp autumn city nights.
“‘Teenage Feelings’ was half-written at the beginning of a relationship and remained unfinished until that same relationship ended.” shares Montgomery. “I think it has that rush of feeling like you’re falling in love, but with an undercurrent of melancholiness. Working with Ayad is always the best and I’d always been a massive fan of his in his Passion Pit and Team Spirit years. The first few times we hung out I was very nervous, but he cultivates a relaxed studio atmosphere, while still pushing for the best take and pass of each aspect of the song – no half-assing. After a 14 hour session and many, many vocal takes, we both nearly lost our minds, but the song was born. The video is kind of goofy, since it was very hard to “act” as myself, but it features cameos from many of my best friends and my MOM!”
Watch Layne Montgomery Paper Company in “Teenage Feelings” below and be sure to catch them out in NYC this fall.