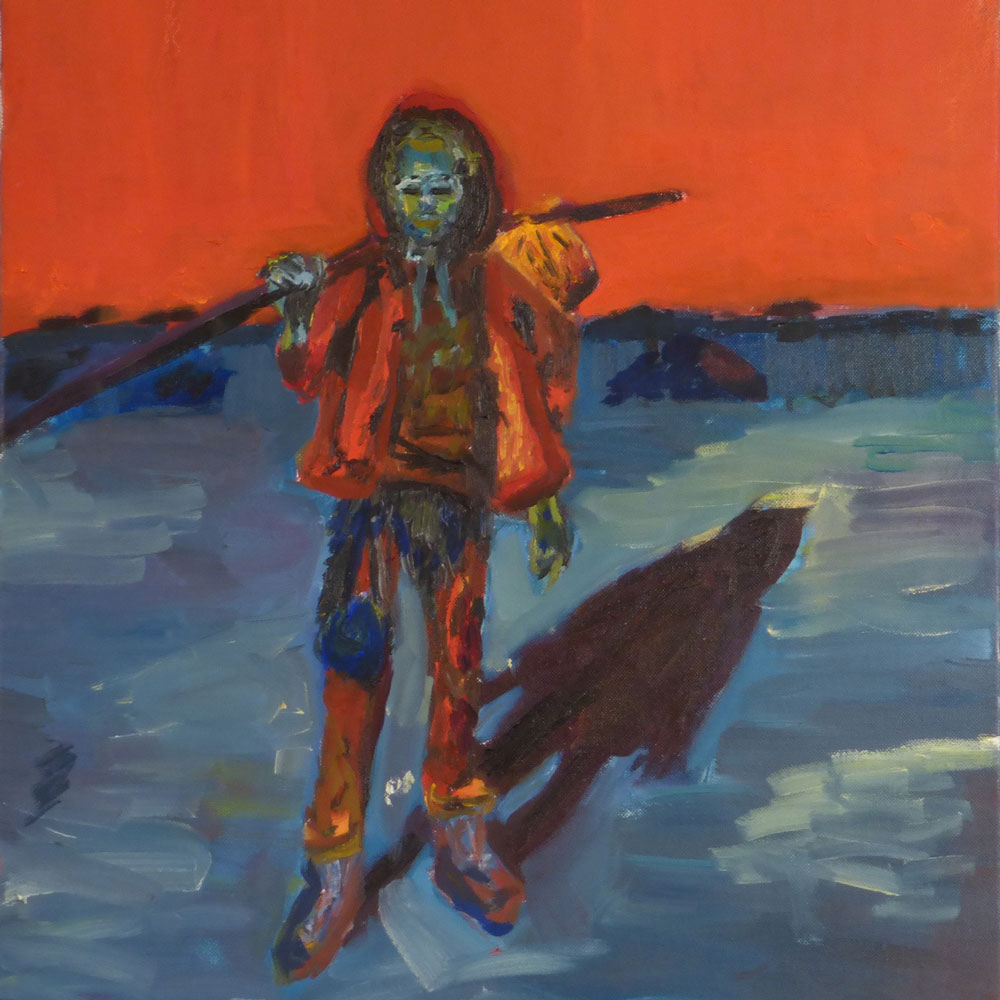 When Hudson, New York’s Palm dropped their two-sided sound collage for JMC Aggregate last week, they stuffed its six songs into two tracks, each of which simulated one side of a cassette tape. That tape was part of the Organechs series, a set of six experimental tapes from six bands. One of those bands was Big Neck Police, harsh rockers from New York whose frontman, Paco Cathcart, also plays in The Cradle, a group messing around with experimental devotionals. Also divided in two by its online track list, The Cradle’s newest EP, Drink the Water, deconstructs the notion of the song as a meaningful interpretive framework. In doing so, it strives to overcome the aesthetic experience of the album, providing instead an authentic listening experience. Cathcart calls the album “devotional,” but its folky sound is best understood by means of another of his bandcamp tags: “messing around.”

Drink the Water covers a great deal of ground in its spacious thirty-two minute, thirty second runtime. The songs range in length from the fifty-two second “Place Two” to the five minute, twenty-one second title track. The short track, however, is just as important as the long: “Sometimes i say something and it means nothing at all/sometimes i say nothing, it means more than i can say.” Not only a commentary on the uneven distribution of lyrics on the album (“Place One”, “Place Two”, and “Place Three” have none), Cathcart here also suggests that all of the mysterious sounds and silences in and between the album’s songs demand to be taken seriously as meaningful moments. At stake is the experience of listening to an album—not only this one, but whatever the Platonic ideal of the album qua album would look like—and whether the act of listening to the album imposes upon an authentic experience of sounds.

In an album that questions the meaning of traditional signs like track demarcations, songs like “Place One,” “Place Two,” and “Place Three” anchor the release thematically. The “Place” trio—short interludes —recall a Big Neck Police release (like this one), with shifting time signatures and tentative, varied instrumentation that occasionally sounds cacophonous. The noisy chaos bubbling invisibly under the surface of the album emerges at times, offering a sense of “place” more vital to the album than a track title or a lyric. It’s a feeling, not an interpretation, an experience with the song rather than with one’s own thoughts. Side B’s “Place Three,” which echoes the sonic themes of side A’s stunning (and lyrical) “It’s Always Felt So Good,” is the album’s most effective moment of deconstruction. “It’s Always Felt So Good” and “Place Three” are separate songs best understood together, their separation as much a glitch as a statement. After an experience that sounds meticulously crafted, it’s a joy to realize that Cathcart, with his four-track recorder, really is messing around.

Interesting as the Side A/Side B interruption is, the best way to hear Drink the Water is continuously as it plays back on the cassette released through Feeding Tube Records. It’s also streaming below.