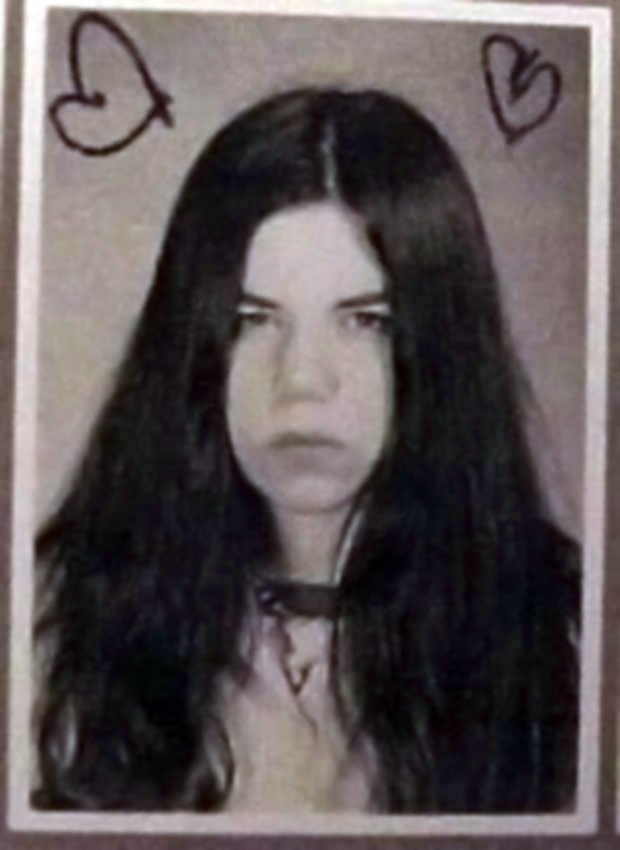 I began my high school career in the year 2000.

At the tail end of eighth grade, I had made the decision to drop out of the Elizabeth Public School system in New Jersey and start attending a private parochial school – Roselle Catholic, my father’s alma mater. It was a relatively small, handsome school in the middle of the Roselle Park suburbs, inexpensive, modest, and close to home. Junior high had been nightmarish for me – I was unbearably awkward, pimpled, stocky, and brutish. I had spent a lot of time and effort making meager attempts at assimilating myself to the feminine ideal. It was impossible for me to be comfortable in women’s clothing, and wearing the right clothing was the only way I thought I could conquer the social totem pole. I could only wear giant t-shirts meant for adults or kids quadruple my size. I swam in my clothing, cavernous and billowing. All I ever wanted was to be well liked and found attractive. It seemed impossible for me. A handful of older kids made it their daily duty to attack me on our school bus, in the cafeteria, and at the corner store. It was tiresome. I had become paranoid and fearful of getting hurt at all hours of the day.

Once eighth grade was over, I had already come to terms with the fact that something had to change. I was too young to feel this awful, and the indignity I suffered at the hands of these pre-pubescent ogres was too much to bear. However, there were harrowing consequences to my decision to attend Catholic School – I had to wear a skirt. Everyday. Up until that point, I had probably worn a skirt about three or four times in my entire life. In the summer weeks preceding to my first day of high school, I spent numerous hours tugging and pulling at my woolen kilt in front of my parent’s full-length mirror in our hall way. I’d hike it up over my waist, spin it counter clockwise, tuck my shirt in, and then rip it off my body and burst into tears. How could I have done this to myself? I knew perfectly well that I was incapable of wearing something like this! How was I going to get through every day for nearly three hundred days a year, or come to think of it, the next four years!! Was I going to sob like this every morning? Would I have a nervous breakdown before I had even gotten my period? I had run out of options and the reality of my situation was agonizing.

Girls had two options in skirts at Roselle Catholic. In the summer months, you were permitted to wear pastel-blue pleated poly-cotton blend kilt, and in the winter months you were permitted to wear a heavy, woolen flannel kilt. You could wear the flannel kilt in the summer if you wanted to, but you could not wear the pastel blue kilt in the winter. You could wear knee-highs or panty hose under your kilt. There was a very sophisticated internal system concerning the high school uniform that I was completely clueless about. Unaware that I could wear the much-preferred woolen kilt (even in the sweltering summer heat) I got dressed up for school in the blue kilt with a pair of white knee socks. I felt atrocious – my legs hadn’t been exposed to that much sunlight in the past ten years. I spent the morning crying into my cereal bowl. Luckily, I ran out of tears by the time I arrived at Roselle Catholic, and was utterly horrified when I realized that I could have worn tights and a dark woolen kilt to cover myself up. I spent the remainder of the day in a tizzy. I felt completely unnerved and vulnerable. I was emotionally raw, exhausted from sobbing, and consumed with so much fear and anxiety you could land a plane on it. Somehow, I managed.

As the days and years passed, wearing a uniform became a blessing in disguise. The first year of high school was a nightmarish syndicate of awkward moments and fleeting friendships, but once sophomore year rolled around I was beckoned into the fold of the other castoffs. They were some of the best friends I will have ever had.

At that point I put on my uniform every morning with a lackadaisical, relaxed attitude. It was just another day in the coalmines in the same old outfit, and that was fine by me. I was very satisfied with my time in high school. I got good grades, my social inadequacies ceased to annoy me, I had funny friends who made me feel good about myself, and best of all – no one picked on me. My dissatisfaction with uniforms became a moot point.

Many would argue that mandatory uniforms repress one’s individuality and creative freedom. Luckily I am not the type who expresses their uniqueness through clothing. In fact, I’d go as far as to call fashion my worst nightmare. I appreciate and encourage all of the fine folks who excel in its field, but I am not one of them. Still stocky, pimpled, and brutish, I am not a prime candidate for trend setting. To this very day, I take great joy in putting on a uniform before every Screaming Females show. All of my dresses serve me as a dependable support.

I wouldn’t want to look drab in front of an audience. End of story.