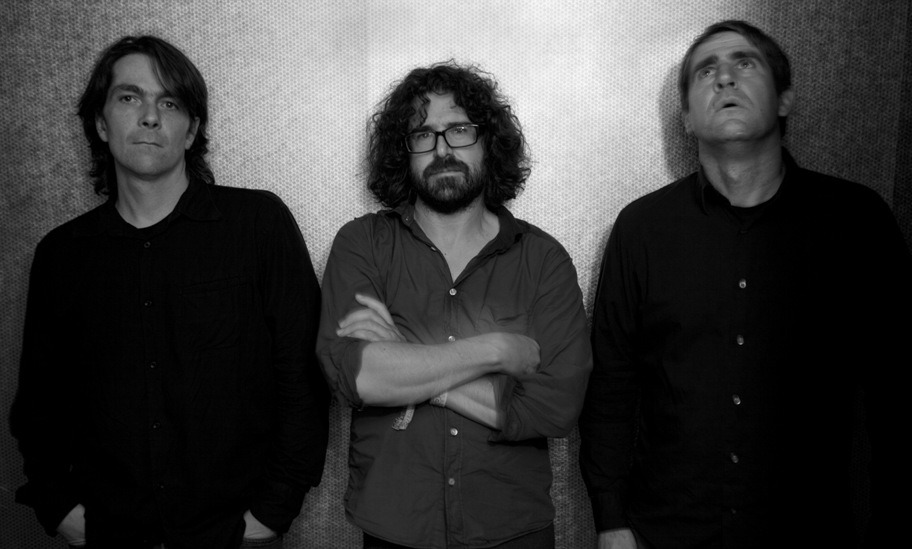 Prepping for an interview with Lou Barlow means tunneling through a vast network of indie legend—starting with ‘80s hardcore, weeding through the births of “indie,” “alternative,” “lo-fi” and about a dozen other shaky monikers, through three bands and a slew of solo work. Barlow’s footprint on indie is huge and indelible— Dinosaur Jr. and Sebadoh each made a distinctive contribution to the landscape of contemporary rock, and those two bands comprise only part of Barlow’s musical output, which also features The Folk Implosion and several solo albums. But recent years have seen Barlow reinvesting in what others might call his vintage work. He and bandmate J Mascis have overcome their mythical personality clash to carry Dinosaur Jr. six years into a reunion. Sebadoh, too, has made a comeback with last year’s Secret EP and, now, their first full-length in 14 years, entitled Defend Yourself.

I had a chance to talk with Lou for a few minutes this morning. I don’t know if he was expecting my call—when I introduced myself he grunted, “wait, who?” and I started to worry that maybe the publicity guy meant 9 PM, not 9 AM.
“Um. Impose magazine?”
“Oh. Ok.”

Alright, so you just dropped Defend Yourself yesterday. If I’d asked you in 1999 whether there would be another Sebadoh album, what would you have said?

Let me ask you, do you read reviews of your work?

I do, which is a terrible idea. Over the years I’ve learned really not to, just to never do it, and I’ve been pretty good about that over the last decade or so, but this new record, I got a press report from our English and worldwide record label, Domino, and it was like “here’s a report,” and it was a bunch of links to reviews and, like an idiot, I pressed on the links and started reading the reviews and they had the worst wording of like… in a long time. Just awful. It’s like scratching a mosquito bite, like once you start doing it and you know it’s bad, and it starts bleeding, and ugh. Horrible. Terrible idea.

I read one that said a lot of the appeal of early Sebadoh was kind of the flailing room you guys left for yourselves, the loose ends… what would you say to that, as it relates to the process of maturing as a band, and the tighter sound of Defend Yourself?

I mean, anyone trying to sum up the history of Sebadoh… I mean, certainly earlier on, yeah, the records were huge messes, for sure, but we started kind of tightening that up as of 1995, ‘94, with Bake Sale, and Harmacy… But that’s fine, sure.

How has it been touring with the current line up (Sebadoh veterans Barlow and Jason Lowenstein, Bob D’Amico of The Fiery Furnaces)?

Fantastic. Really cool. It’s been great, a lot of fun and we’re trying to keep it going.

Different from the early tours?

I mean it’s really similar, just the three of us in a mini-van, really close, exactly like it was in the early nineties. A difference being we’re just uh… We’re a lot smarter about, you know, really basic things, like “hey let’s not drink a twelve pack of beer before we go to sleep,” stuff like that. “hey, how about let’s not get totally rip-roaringly stoned immediately when we get up.” Just managing our energy… “When we get to the club today, let’s say hi to everybody when we get there, let’s talk to the sound man and call him by name.” You just want to make it a better day… When you’re young you have days that are just absolute train wrecks, you don’t know how to manage your energy, you don’t know how to be a decent human being yet, you know? Now it’s just about making every day kind of good, and it’s amazing how easy that really is…

That’s good to hear. And Europe’s next, right?

Yeah, that’s our next move, yeah.

Do you have a big fan-base there?

That’s not a bad place to be.

No, I mean, it’s great. Playing Europe is great, playing the states is good. It’s very modest, I mean, it’s not crazy anywhere. It’s not like there’s somewhere in the world where there’s just a passionate, incredibly devoted… it’s not really like that.

I’ve got a stock question for you: was there an artist or, album or whatever that made you want to start writing songs when you were young?

Oh, probably The Ramones. They would be the band that really kicked it in for me. I always loved singing and playing music, but you know things like The Beatles— that kind of stuff didn’t really make me… I mean, it’s so good that it could never be repeated. I never thought I could be The Beatles, you know that stuff didn’t inspire me. The thing that really made it hit home for me, made me feel like I could do it, was The Ramones.

Were you writing the songs back in Deep Wound?

Yeah, I wrote about half the songs. Initially I wrote most of them and then J [Mascis] sort of took control.

Was there a point where you kind of made a transition from writing hardcore into writing the softer, more melodic stuff that’s on Weed Forestin’ and The Freed Man?

I was, actually. [Laughs] I was always interested in the extremes, you know.

How does Deep Wound transition into Dinosaur Jr.? How would you tell that story?

Tell the story? I mean it happened real quick. I was a senior in high school, we released our 9-song seven inch, and we were a hardcore band, and within a couple of months we kind of disbanded the hardcore band, and J wanted to play guitar and wanted me to play bass, and that happened within a month or two, he wrote a bunch of songs and gave them to me on cassette, and I learned them, and we became Dinosaur.

Hardcore as a musical form, as a style, was very intoxicating while we were into it, but almost as soon as it started, there was all this other amazing music that was not hardcore, like Birthday Party or even something like REM. There was this incredible array of music that was exciting us, and showing me there was this whole other world beyond punk rock. A band like The Meat Puppets did both, the craziest hardcore band ever and then they’re also this beautiful country band. So there was a lot of stuff that was really inspiring. We were maybe 17, 18 years old, we said why be bogged down by any one style. And also, hardcore got pretty boring, it was kind of reduced to bald guys screaming at you pretty quickly. Before that it was much crazier, and stylistically all over the map, but it really… the conformity of hardcore set in really quickly.

Did the Straight Edge movement play into your hardcore scene, in Western Mass?

Yeah! I mean, the straight edge part I really liked, because I was straight edge all through high school, and Minor Threat were kind of the best band. I mean they were so good, they were just great, and they were straight edge. So yeah, definitely. But also, we were really into Flipper, and they were completely drugged out older San Francisco guys, with hair. The great thing about early hardcore is it was all over the map. Literally, and then also stylistically. The real conformity of it didn’t settle in until ’83 and ’84…

Are there any contemporary artists that you’re particularly excited about?

I love Thee Oh Sees. They’re fucking great. Love ‘em. I’m kind of like, stuck in an Oh Sees loop right now, because to me, they’re just the best. A lot of these bands… That kind of garage sound has made a huge resurgence, which I’m really into, but Thee Oh Sees, to me, are the cream of the crop.

What are your plans for the future? What’s the next project on the map?

Sebadoh's Defend Yourself is out now on Joyful Noise.