The Wedding Present’s David Gedge Talks Something Old, Something New, and Going, Going… 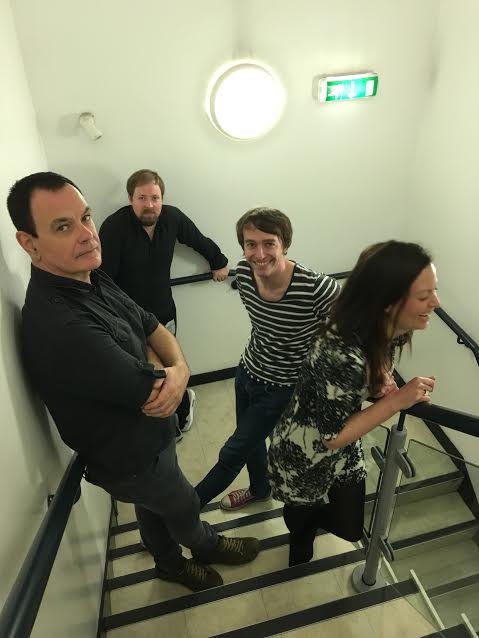 During the indie age of music in England while bands like The Smiths, Stone Roses and Happy Mondays were causing a stir, there was also The Wedding Present. Over time, the band led by David Gedge has consistently had a turnover of musicians joining him at different instances. The band has also consistently put out stellar music with the band’s resume consisting of 9 studio albums, 7 live albums, 13 compilations, 3 EPs and 35 singles. All the while Gedge has never been afraid to push the band’s sound to new territories. It has paid off with The Wedding Present’s latest double album Going, Going… that is being officially released in North America on December 2 off of the Athens, GA based label Happy Happy Birthday To Me Records.

Recently I had a talk with Gedge about the new album, being the only continuous member of The Wedding Present, artistic progressions, never wanting to stay the same and a very special anniversary the band will be celebrating next year.

Since The Wedding Present’s start in the mid 1980s you’ve been the only continuous member of the band. Did you have that planned all along or did it happen through wanting to keep the project going?

David Gedge: No, I actually think it’d be nice if The Wedding Present today consisted of the same four people who released the first single in 1985. That would be kind of romantic, like The Beatles or U2, or something! The reality is that people often change once they’ve joined the band. It sounds great to travel the world and making music for a living but it’s actually quite hard work and often stressful and you’re away from home a lot. Some people last 14 years, some people last a couple, everyone’s different. I think the hardest part of my job has been managing people and their expectations within The Wedding Present and Cinerama.

How has it been since The Wedding Present’s resurgence in 2004 after the initial break up in 1997? Do you think the band has taken different artistic routes nowadays that it probably wouldn’t have taken during the ’80s and 90’s?

Gedge: The artistic route taken by the band is often influenced by whoever’s in the band at that time so yes, the personnel changes between 1997 and 2004 have shaped our direction. I think we’ve always wanted to try different ideas and unusual projects. That sense of challenging ourselves has always been fundamental to the ethos of the band. and that’s still the same today as it was when we started.

The upcoming album Going, Going… is the first double album in the band’s career and it has a unique structure with four instrumental tracks starting the album off. What made you want to approach the album in that particular way?

Gedge: The album’s loosely based on a road trip across the USA from Maine to California which I did myself along with photographer Jessica McMillan. We travelled through 20 states and so it seemed obvious to work on 20 pieces of music. It wasn’t until we started recording demos that I realised that it wasn’t all going to fit on a single LP! In the end it’s five tracks per side of vinyl and the geek in me likes the symmetry in that! Also, having the “space” of 20 tracks with which to work inspired me to have an extended introduction I suppose. I see those first four instrumental tracks as setting the scene for the story in a way.

Over time The Wedding Present has grown from being a fast paced indie rock act with heavy Buzzcocks and Gang of Four influences to delving into different styles of pop. What motivates you to push your own artistic boundaries?

Gedge: I’ve never understood the idea of making an album and then, well, kind of making it again! Lots of artists do it but working like that doesn’t satisfy my artistic needs, sorry if that sounds pretentious! I’m always keen to delve into different styles of pop, as you rightly say. Actually, the bands that make the same album over and over again usually enjoy greater commercial success than The Wedding Present have had so I guess I do understand why they do it!

The Wedding Present has a small U.S. tour happening in April next year but does the band have any other plans for the future?

Gedge: Yes, something old, something new, in fact! 2017 sees the 30th anniversary of the release of or debut album, George Best, and so we’re going to play it live, in its entirety, at selected shows for the final time ever! We’re also working on some interesting new material for a record label that’s been set up by the people who run the Primavera Sound festival in Spain. It’s my favorite festival in the world so it’s always a pleasure to work with those people.

Keep up with The Wedding Present on SoundCloud.