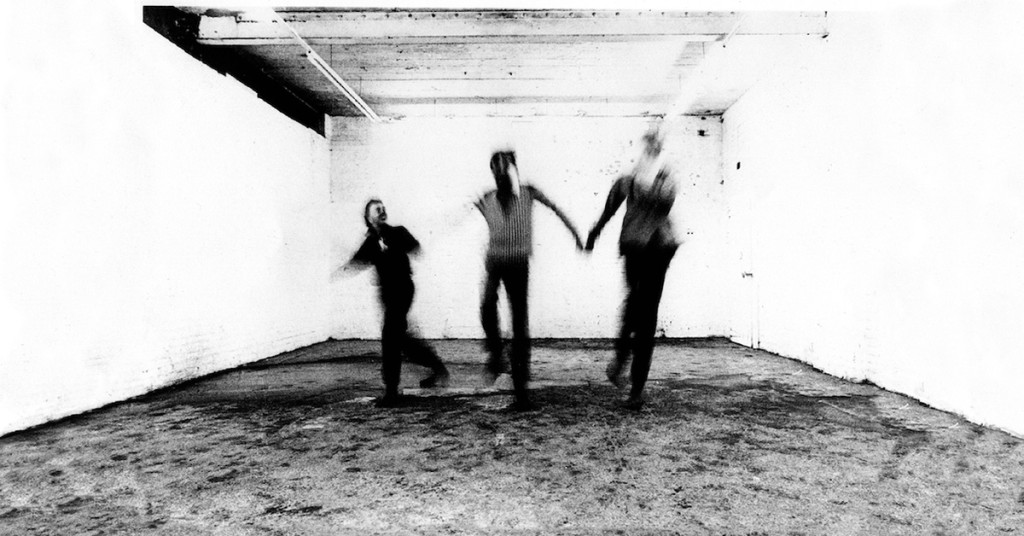 A revolt through polyphony—that’s what This Heat was after.

Charles Bullen, Charles Hayward and Gareth Williams didn’t really get it. But the trio was able to issue a raft of songs between 1979 and 1981 that, considered from just the right vantage point, almost explain the ideological and musical breadth with which punk and post-punk were once perceived.

“I was appalled by what was going on around me,” Hayward says about punk and its self-destructive culture, when contrasted with This Heat’s slurry of choppy guitar and tape manipulation, before explaining his troupe’s resolve. “Just the muscularity and exactitude of it, the sort of love we gave to it; the fact that you don’t spend seven hours nodding off … Just giving as much as you can to total strangers.”

Packed away either on the third floor of Hayward’s parents’ house or eventually at Cold Storage—a converted meat locker in Brixton where This Heat would practice and record—the trio bombarded each other with ideas. Their short stint as a band yielded only a pair of albums—Deceit and an eponymous debut, along with the Health & Efficiency 12”—which Seattle’s Light in the Attic has reissued on its Modern Classics imprint. But few punk or post-punk contemporaries rivaled the catalog’s inventiveness.

Over 22 songs, This Heat butcher the punk set’s expectations, turning in funky backing tracks, loads of noise, and as much political discourse as Crass and a coterie of similarly-minded anarcho-punk acts could summon. A great deal of London’s confrontational rock scene at the time, sometimes just a batch of sped up Chuck Berry riffs, had been codified. And while This Heat was sympathetic to what the partisans intended politically, rote repetition of punk’s musical strictures was something apart from what Hayward sought out.

“I’m not for only working with people who I agree with,” he says, explaining a way to sidestep the musical, lyrical, and political sameness to which punk could sink. “I’m for working with people and letting my reality of what I want to present to the world bang up against other people’s and see what that does.”

It took until 1976 for Hayward, then in his mid-20s, to find the right dissimilar people, though.

Growing up across the street from his neighborhood’s music library, Hayward took in stuff as divergent as The Beach Boys and Stravinsky, making it a bit difficult to slot into any sort of musical endeavor that wasn’t at least vaguely skewed.

“The use of tape machines in the music, I was thinking about by the time I was about 12,” he says. “I had this really strangely privileged and strangely impoverished childhood. So, I had musical instruments and access to tape machines and I was integrating the running grooves of records into sounds and using shortwave radio, playing with my brother. He played guitar, but never learned to tune it, using it like a noise machine.”

Maybe it was a daub of portent.

On This Heat’s debut, a self-titled 1979 affair commonly referred to as Blue and Yellow, the second track, “Horizontal Hold”, grasps every stripe of preceding guitar music, as well as then-blossoming industrial stuff and punk’s firmly established aggression.

“I think the first record, as much as the second one,” says Bullen, the group’s guitarist, comparing each full length’s contemporary relevance. “Although, the second one is a bit more overtly political. … The political situation had gotten worst—Reagan and Thatcher had gotten in—since we started working on the first album.”

“Anytime we’re skirting around global conflict, I get very upset if Deceit isn’t [in print],” he says. “That’s one of my contributions to the planet. It might be a very small contribution, but it’s what I’ve given to the planet. The relevance of Deceit now is just clear as day to me. Deceit is very aware of what it’s acknowledging. Blue and Yellow, there’s more a sense of the Id, a sense of foreboding, as opposed to a conversation about it.”

Lyrically, Deceit asserts itself, both in volume and immediacy when contrasted with its predecessor. “Independence” is just The Declaration of Independence, pointedly sung in harmony. “Cenotaph” discusses the tendency of repetition in history. And “Makeshift Swahili” rips viciously into colonialism, as the trio dispatches eerie keyboards and some violently played guitar to hue the past in a nasty light.

In part what enabled Bullen, Hayward, and Williams (who died in 2001) to raise such a clamorous protest was putting together Cold Storage, which continued to function as a commercial studio until the early 1990s, according to Bullen. Having a dedicated space to practice for hours on end, as well as store ever-massing pieces of equipment facilitated a batch of talent’s expansion and evolution. There was a downside to the converted meat locker, too.

When This Heat first took over the space, Hayward recalls, the band spent a good amount of time cleaning up the blood-soaked sawdust that coated the floor.

“It was one of the reasons that the band didn’t keep going,” Hayward says. “Gareth thought it was the wrong move, to share the space with other people—some sort of control. I actually disassociated myself from Cold Storage on a day-to-day level, because I couldn’t hang with the internal politics.”

When This Heat first took over the space, Hayward recalls, the band spent a good amount of time cleaning up the blood-soaked sawdust that coated the floor. Perhaps because of the austere nature of the place, Pere Ubu’s David Thomas doesn’t recall recording portions of a project there. And The Mekons’ Jon Langford only vaguely recollects heading to Cold Storage with his own engineer to work on pieces of a late-80s album.

“It’s a long horrible story, really,” Bullen says. “Some people got involved who were in that whole Thatcherite, 1980s-mindset that greed is good. It became more and more a commercial thing. And I was … too much of a hippie or a punk. There was just incompatibility in attitudes. It was really good in the early days.”

While This Heat was finished by 1982, Hayward still recorded at the studio through the completion of a 1986 project. And there were sporadic reunions, as well. All involved still—and rightly so—take their collective works quite seriously. The remaining members of the band, who will be accompanied by a batch of younger players, set two dates at London’s Cafe Oto for Feb. 12 and 13, not too long after the releases hit the streets.

Both nights already are sold out.

Taking in the relentlessly demanding portions of the band’s catalog, or even the surprisingly melodic Health and Efficiency might make up for not being able to attend those upcoming performances. But really, what This Heat does—then and now—is to coalesce an endlessly broad batch of perspectives on music, post-punk and otherwise, as well as politics. And in more than a few cases, the band’s clangor is still as relevant to today’s global conundrums as it was when This Heat was cleaning filth off the floor of a Brixton meat locker.

PrevPreviousIndustry Free Georgia? A Quietly Thriving Underground
NextMusic From Beyond the GraveNext