Slow Bear, "Normandy And Me" 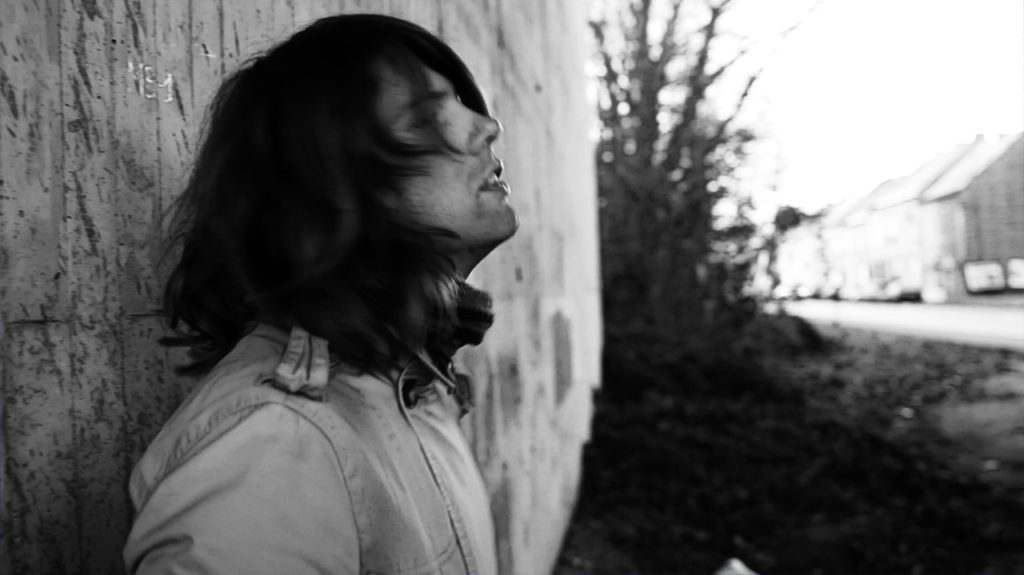 “Normandy And Me” is an ode to peace, blending past and present in a form of magical realism.

Slow Bear is the solo project of Steven Malliet. Rightfully considering himself a one-man-band, Slow Bear was his first departure from his background, playing in bands. As a return to what Malliet calls “songmanship in its purest form,” he’s creating music for its own sake and influence, outside of commercial concerns.
His debut album came out in 2015, entitled Pale Morning Fades. It was recorded at home, using old tape decks, turning out very lo-fi. Having toured through Belgium, Holland, and Germany, testing out new songs for his coming albums, Malliet has a clear vision for his next releases: Fucking Off will be a brighter, 60s influenced vibe, with Slow Bear Awakens carrying a darker, folk-ballad message.
“Normandy And Me” will appear on Slow Bear Awakens, and was the result of a collaboration between Steven and filmmaker David Van de Weyer. Striking an immediate artistic and spiritual tie, the duo shot the video in a day, edited, added in VFX and animation, and completed it. In a rather quick process, the two even had time for a drunken camping trip in the North of France.
Malliet had a particular creative vision for the piece, which I think he certainly met:

“[The song] is in a way a summary of how I want to be in life and in music. I try to approach everything, and everyone, in all honesty and openness, without suspicion, fear, competition, or whatever it is that creates borders and distances. I believe music can help make this world a better place, and I hope my songs will, from time to time, make a small difference for the good.
While shooting, I had told David I wanted a poetic film where reality and dream; present, past and future would blend together, something in the Belgian tradition of magical realism. So that people wouldn’t look at our message as purely ideological or political (we don’t care that much about ideology or politics). It proved a perfect fit with David’s imaginative filming style. While in truth we were on a tourist beach, in Daveyer’s eye we were on the barren landscape where Parsival had lost track of the castle of the Fisher King.”

“Normandy And Me” has the characteristics of a political dissent song, but refreshingly, is not. Instead, it is an incredible tale of humanity. Building a bridge over what Malliet would call anything that “creates borders and distances,” his gritty vocals accompany a message of loving and contemplation.
There is no filler, or waste, in the nearly 6-minute runtime of Slow Bear’s release. Walking the literal red line that appears in the video, Malliet has crafted what may to this point be his magnum opus — his most important creative work. Through the filter of magical realism, even, it is easy to identify the visual representations of Slow Bear’s influences: both his 60s vibes and darker folk-ballad explorations.
With a show-don’t-tell mentality, “Normandy And Me” is a stunningly inspired by-product and clear indication of the value in creating music for its own sake, outside of commercial interests. Undeniably, Malliet has achieved songwriting in its purest form.
This is the beauty of art, music, humanity, creation, and creativity. 5/5.

Slow Bear has their debut album, Pale Morning Fades, available for purchase on Bandcamp. To watch out for the release info on Malliet’s coming albums, you would be best served to like his Facebook page. Clearest of all is that you will see more of Slow Bear’s work on Impose in hopefully the near future.