The Soonest, “Start A War” 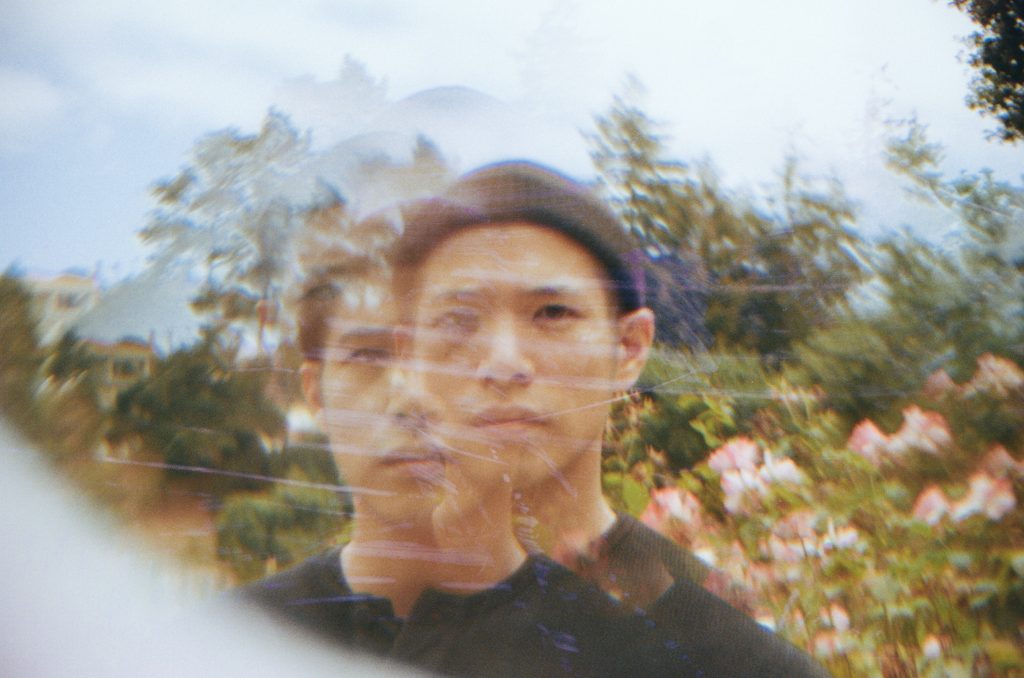 San Francisco-based musical project The Soonest – led by Young Lee – recently released its debut album Doors To The City, which was met with critical acclaim. There’s no wonder that that’s the case, as the sound catchy, fun, and unique. Today, he premieres the lyric video for his song “Start A War” exclusively with IMPOSE. Made to look like an old school computer set up, the video is a black backdrop with bright green typography flowing over the forefront, as if someone is typing everything out for us. We think this was the right way to go, as it would be difficult to justify the gorgeous, ballad-like vocals and waning instrumentals that make up the track in a visual.

In honor of the album release and the new video, we got to speak with The Soonest briefly. Check it out.

What is the first album or song you remember listening to, and who introduced it to you?

My mom was a huge classical music fan so I pretty much listened to only orchestral albums and opera until I was in middle school. She loved Pavarotti so my earliest memory of really listening to music was listening to his whole discography up until the mid 90’s which was when my uncle introduced me to world of non classical music and blew my mind. I remember picking up his copy of Boyz II Men – II and put it on repeat for months. Looking back, it must have been entertaining and a little disturbing for my parents to hear a 10 year old me sing “I’ll Make Love To You”.

Was there a specific moment when you knew you wanted to pursue music?

While playing music was a part of my life since I was 5 or 6, it wasn’t until I joined a band in college where I realized that I could make songs and how much fun it was to write and record. Sitting down and working on songs when everyone else was doing regular college stuff was some of the most fun I had in school and it changed my perspective on what I wanted to do with my life. After graduating, I lost sight of that and got sucked up in the insane start up world which put music on hold for a few years but luckily I had people around me who helped me rediscover how much I loved making music.

“Start A War” is so, so good. What, specifically, influenced the song?

Thanks! Lyrically, the whole album centers around this story that I had in my mind about a man who discovers that he can go back to key moments in his life through a set of doors and either relive them in the third person or change them. It’s not really a concept album but each song does visit specific thoughts/scenes/moments. For me, “Start A War” is about internal conflict he has as he watches himself making life changing decisions for better or for worse. I imagine it’s a more dramatic version of watching an embarrassing home video of yourself when you were young and feeling horrified but nostalgic at the same time. Musically, that rhythm guitar riff on the verses was something I always played mindlessly in rehearsal while everyone was setting up and the song slowly grew from there. I’ve always liked the darker post-punk Interpol-esque vibe and I’m a sucker for a little drama in songs which is where that bridge and last chorus come in.

What made you choose to go in this direction with the lyric video?

Lyric videos weren’t on the top of my list of videos I wanted to do actually. The video started with me playing around with Final Cut Pro and practicing how to time things to the music and I figured lyric videos would be easy to experiment with. The whole MSDOS idea was something I just thought was funny but when it was done, it fit the vibe of the song and I ended up choosing it as the video. Originally, I made it like the computer was self aware and that it was singing the song to you while adding its own commentary but I guess it was a little weird to the other guys so I toned it down.

You’ve been working with a rotating cast of stellar musicians. Any fun anecdotes from your time together?

I’ve been mostly unfairly lucky with the musicians that I’ve worked with in TheSoonest but there have been some times where we’d audition people and get the weirdest characters like the guy who used the wah wah pedal for every song and used every second of the song as a solo opportunity or the guitarist who showed up with an escort and two 40s to a Sunday afternoon rehearsal. Craigslist is a strange and beautiful thing. With the core group of guys who were part of The Soonest during the time we worked on this album together, the most memorable experience for me was the first time we walked into the old church where we recorded a lot of the instruments and spending hours trying to figure out how to set everything up and using Facetime with our other musician friends to show them our microphone set up and ask why everything sounded terrible. We were so in over our heads but luckily we didn’t really know it and just kept going.

Do you have any fun add ons on your rider list?

We’re pretty boring and simple. Some water, beer, wine, and food options for the vegetarians in the group and we’re happy. One day, I’d love to be able to put “giant burrito for 4 people” and actually get one but that’s what dreams are for right?

What’s your opinion of the modern music industry?

It’s easy to come off as being jaded and say that the modern music industry is on a downhill but I think there is a lot of positive things to be happy about. It’s incredible how easy it is to share music with people around the world and how the challenges of making and recording music have gotten easier to overcome.  I find it wild that a band like us is able to write an album, record it ourselves, and then hear from people in parts of the world we’ve never been to who somehow found our album and listened to it! Of course, “making it” financially as a band is super tricky now and that’s just something that will require some time, creativity, and compromises to figure out, but personally, I never saw making the music I wanted to make as a particularly lucrative opportunity to begin with. One thing I’m particularly disheartened by is knowing that more and more people care less about albums as a whole and are gravitating more towards single songs. I think there is an art to not just creating good songs but also putting an album together well and at least for me it’s through listening to a whole album that you get to know the artists. Listening to only singles always seemed too superficial like only going on first dates with people but then again, I guess I’ve always been more of a relationship guy.

As lame and stupid as this sounds, this answer always crushed me as a kid because I just couldn’t decide. I spent hours and hours reading comics, watching cartoons, and collecting trading cards as a kid so I’d always have multiple favorites but starting in middle school, I decided that I was going to choose Iceman. I’ve always liked his powers but I loved how the different writers developed his story and his powers over the years and eventually he was classified as an Omega Level Mutant.