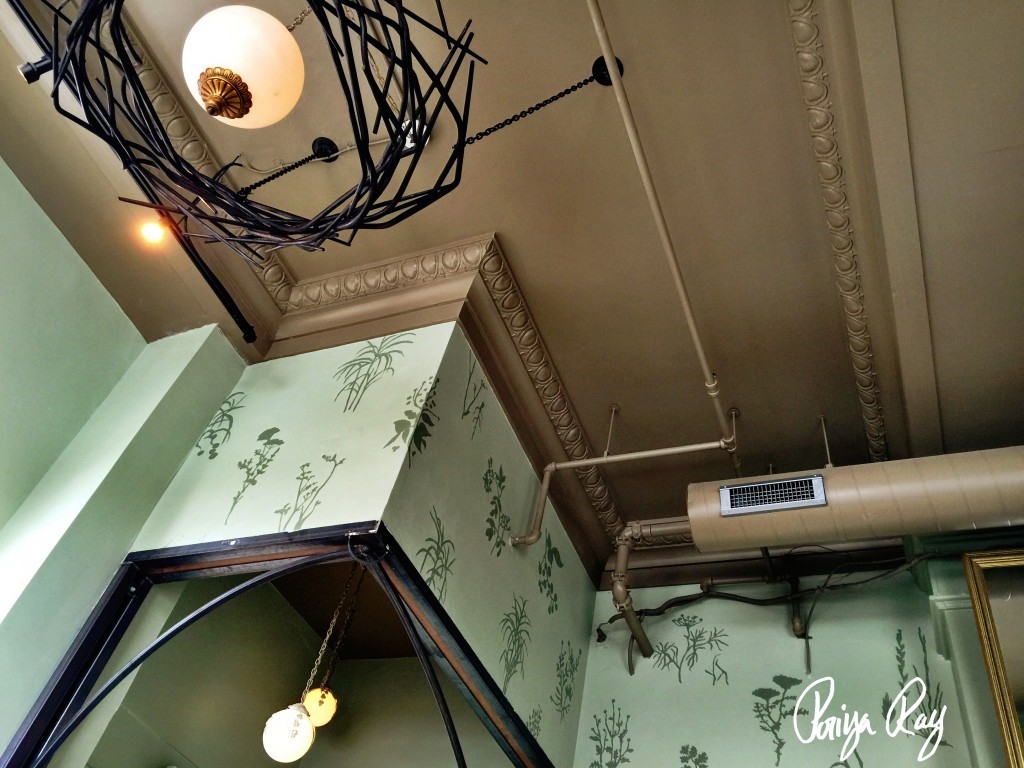 I was first introduced to Priya Ray this past Spring, through Sean Gray of Is This Venue Accessible, while writing a feature about his website for this website. Priya has been playing in the psych-punk band Kreamy ‘Lectric Santa since 1992, a band that started in Miami, spent years in the Bay Area scene, and is now based in Asheville. In 1999, Priya suffered a bad fall at a gig, one that resulted in a spinal cord injury and left her wheelchair bound. “Being in a DIY band while being disabled at the same time is not an easy task,” she wrote me, in April. “Venues rarely have a stages that are accessible. Then I have to find out if the bathrooms are accessible as well.”

In addition to playing music, Priya is also a photographer whose current work explicitly aims to engage the active disabled community. Her most recent self-published book is aptly titled Completely Titled Back. “I suffer from pain caused by the nerve damage incurred due to my spinal injury,” she explains. “Because of this, I have to be in my wheelchair literally Completely Tilted Back in order to relieve pressure from my sitting bones. Situated in this position has opened up a whole new world I would have never seen before, a world for me explore and hopefully share with others.”

Emailing with Priya, one can sense a spirit of resilience that her experiences in music, art and life have ingrained her: “My father told me when I was a kid, ‘Because you are not white and you are a woman, you are going to have to work three times as hard at whatever it is you decide to do,'” she says. “When I became injured and disabled, my father didn’t say anything, but I realized it was yet another obstacle. Now, I am not white, a woman, and disabled, so I have to work six times as hard as anyone to make my band happen. I don’t think most people really realize that. ”

Around the release of Priya’s book, we discussed her various projects, goals with photography, and how her art works to empower disabled people.

Can you start by introducing yourself and some of the projects you have been involved in over the years?

Everyone knows me as Priya Ray but as a photographer, I go under the name Priyadarsini Ray. It turns out there’s porn star also named Priya Ray, so I couldn’t get any domain names using it. I also felt that using my given name brought me back to my roots in many ways. I’m mainly recognized as the co-founder of the long-time underground band Kreamy ‘Lectric Santa, but I’ve actually been a photographer for longer than I’ve been in the band. My early photo work documents the Miami music and art scene from the 90s, since that was a huge part of my life.

While my main focus publicly has been music, I’ve always photographed privately for the love of it. Although I couldn’t live without either, I would love for my photographs to get out into the public as much as my music. I had a few photographs I took while visiting family in India featured in Visionaire magazine a few years back. It was really the first time for me to get them out into the world. I felt like it was starting to happen.

When I became injured and disabled … I realized it was yet another obstacle. Now, I am not white, a woman, and disabled, so I have to work six times as hard as anyone to make my band happen. I don’t think most people really realize that.

How did you get interested in photography? What are some of your goals with photography as a medium?

Everything about photography interested me when I first was introduced to it. I’d scan through my grandparents’ photo albums as a child. Being able to see their lives unfold before me in pictures was inspiring. In school, I was really interested in art, but being Indian, it was never presented to me as a serious option. It wasn’t until I was in college that I really had the opportunity to delve into it and felt I really fit in well with photography’s documentary style.

The idea of visually capturing the fleeting moments of my life and being able to put them on paper was the big clincher. I became entranced by the technical aspects of the process — putting film on the reels in the dark, developing the film, using the enlargers, and watching the images slowly appear in the developers. It was like magic. When I had my spinal injury, all of that became less important to me. Luckily by this time, digital photography had made technological leaps and bounds and I was able to continue.

When I started photographing, I was more interested in documenting people and their lives. I think now my goals with this medium are more about looking at what exits in the world around us and creating a conceptual theme from that.

Can you speak to the name of the book, Completely Titled Back, and why that phrase was meaningful for you?

I suffer from pain caused by the nerve damage incurred due to my spinal injury. Because of this, I have to be in my wheelchair literally completely tilted back in order to relieve pressure from my sitting bones. Situated in this position has opened up a whole new world I would have never seen before, a world for me explore and hopefully share with others. Being in the wheelchair itself has allowed me the physical capability to continue doing what I love — photographing and even playing music. In this way, the title also references my return to these activities.

In some ways, the title of the book mimics the tone of describing someone as being “completely laid back.” Of course, being in a prone position in a wheelchair does have other conveniences as well. I’m often tired because the lifestyle of a disabled person requires me to wake up extremely early while the lifestyle of being in a band requires me to constantly go to shows late at night. Sometimes I find myself out later than I should be, so tilting back is a nice way to relax or even to take a nap before or after playing. I get to do what I love and then be completely laid back.

What is included in this book? What are some themes of the work included?

The book is a collection of photographs taken from the vantage point of being completely tilted back. I take photographs all the time everywhere. When it came time to edit the ones I had ready for this book, I decided to split the photos into sections: photographs taken inside, outside, and of people. Strangers never really come up close to me when I am tilted back, perhaps because they aren’t that comfortable approaching me, so most of the people in the book are people who know me, those within my social circles. Naturally, I made sure to include photos of my bandmates, too. The essence of this book is really life from my unique viewpoint.

You mentioned that your photography works with ‘the idea of empowerment and independence of disabled people. Can you expand on what you mean?

All of these photographs were taken while I was engaged in contributing to my community — doing house shows for Food Not Bombs to feed the homeless, giving DIY musicians a place to live when they’re in need, offering up practice space for bands. In our culture, disabled people are looked upon as people that need help or assistance, not as people that are assets to our society. So while on the one hand this book is an expression of my artistic vision, I think it also shows that as a disabled person, I am empowered to contribute to my community just as much as everyone else. It speaks to the many people who are in my position and hopefully to society at large that it is essential to for us to gain our independence and be allowed to do so.

What is your relationship with the punk/DIY world like these days and how does your photography work relate to that?

It’s not perfect but it’s getting better. House shows are hard to go to because they’re often in basements or have stairs to contend with. It’s always a disappointment because I love playing music in houses over bars any day. It’s way more fun. People are always worried about me when there’s a mosh pit or something but it never bothers me, I can manage. I have a lot of upper body strength and a wheelchair is pretty big and can hurt other people so I feel pretty lucky.

However, disability comes in all shapes and sizes. What might be okay for me is not going to be the same for everyone. My goal after I’m completely independent with my van is to do a lot of disability awareness in the DIY scene. I want people who go to shows to understand that just because I’m disabled and I can do what I do doesn’t mean that every disabled person it just like me. We need to at least be aware of this fact. Even we cannot accommodate all of them.

My photography started out as documenting the Miami punk/DIY music and art scene but then it grew into something completely different. My work doesn’t relate exactly to it in the same way anymore. This book shows how as a musician, and someone who fosters others in the DIY scene, I am certainly present but that relationship has shifted. It’s not really the only thing I do in my life. Being in a DIY band is merely one of the facets of the many that exist in my full life.

Priya Ray’s punk band Kreamy ‘Lectric Santa will tour in September. They stop in New York for the first time in 17 years on September 18 to play with Blake Schwarzenbach (of Jawbreaker).

PrevPreviousPeeled Opened and Shattered
NextA day in Olympia with GenerifusNext