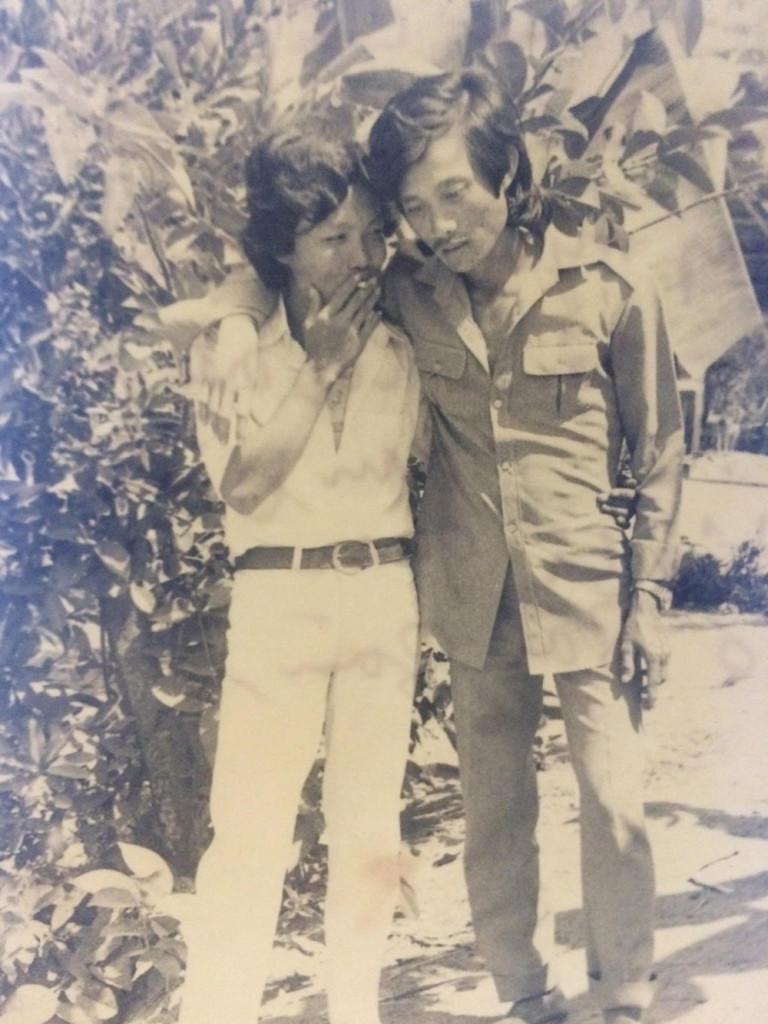 “All you need is a rice paddy hat and it would be so Viet Cong.”

That was the comment made by Viet Cong drummer Matt Wallace, describing bandmate Matt Flegel’s appearance while holding his bass like a gun, as they told The Guardian last month, explaining the origin of their band name.

“Now we get hate mail at every single fucking show,” he continued.

Did they not immediately see that letting an off-handed racist remark inspire a band name would be a terrible idea?

“It’s turned into a thing,” he continued. “I never thought we’d have to explain ourselves to so many people.”

I am a first generation Vietnamese-American, but I am reminded daily by my parents what it took to get us here. My parents are from a very small town in South Vietnam where not much has changed since they last lived there over 30 years ago. The South was where the Viet Cong formed as a guerilla unit supporting the communist regime of the North. This meant they specialized in insurgent warfare against southerners who were not communist. Yes, this included the U.S. and its allies, but more importantly to me and my family, villages filled with farmers who wore those “rice paddy hats.” (BTW, they still do.)

As the Vietnam War progressed, my father—along with the rest of their community—were prepared to fight the Viet Cong and the North’s army in an attempt to protect their village. But being that my father was already married with three children (and with another on the way), his cousin offered to take his place so my family could attempt to flee the war-torn country.

As my uncle and their village began to prepare for war, my father, pregnant mother, and three siblings boarded a tiny boat with 12 other people, including my mom’s three sisters and their spouses, leaving everyone and everything else behind—their parents, all of my father’s brothers, and my mother’s older siblings who were too ill to travel. I don’t know what it’s like being on a tiny wooden boat with 12 other people while pregnant out in the middle of the ocean for weeks, but I do know the reason they left was because of a civil war amplified by the Viet Cong.

My father’s cousin was ultimately killed by a Viet Cong soldier, and left behind two children of his own. Imagine visiting Vietnam and having to face those children, who are still stuck in poverty in Vietnam, knowing your father was supposed to die, not theirs. Imagine visiting the grave of their father, as well as many other family members’ graves who all passed away because of the war. Worse yet: this story—my family’s story—is not uncommon. Thousands of people watched their fathers, brothers, mothers, and even children, die at the hands of the Viet Cong. And many more fled in a hope to escape the fighting.

To see a phrase and album imagery that are loaded with a history of violence and trauma—ripped by a rock group who does not, and cannot, identify with it—and emptied of its meaning, is unacceptable no matter what the reasoning behind it is.

This history of violence is what I am reminded of every time I see Viet Cong’s band name pop up on my news feed, in the music media, and on festival line-ups. Comprised of two ex-members of the band Women (also a pretty contentious name considering none of the members were actually women), Viet Cong have released records on labels like Jagjaguwar, Mexican Summer, and Flemish Eye, while garnering critical acclaim from Stereogum, NPR and even Impose. Pitchfork, who in recent months have done a thorough job calling attention to instances of misogyny, racism, and cultural appropriation in popular music, gave the band’s recent album “Best New Music” status and have them booked at both SXSW and their annual summer festival.

It’s possible that a lot of people who support Viet Cong—and perhaps even the band themselves—are plainly unaware of the weight that this band name carries for so many people. But that excuse doesn’t work in a culture where history and information are so readily available. We exist in a critical time where art does not exist in a void. Everything exists within the context of ongoing conversations, and this means more so than in previous musical climates, problematic and triggering behavior by artists will be called out. Simply put, offensive shit does not fly like it once did. To see a phrase and album imagery that are loaded with a history of violence and trauma—ripped by a rock group who does not—and cannot—identify with it, and emptied of its meaning, is unacceptable no matter what the reasoning behind it is.

Viet Cong is an offensive name because, as the band has proven in their own words, it’s thoughtless.