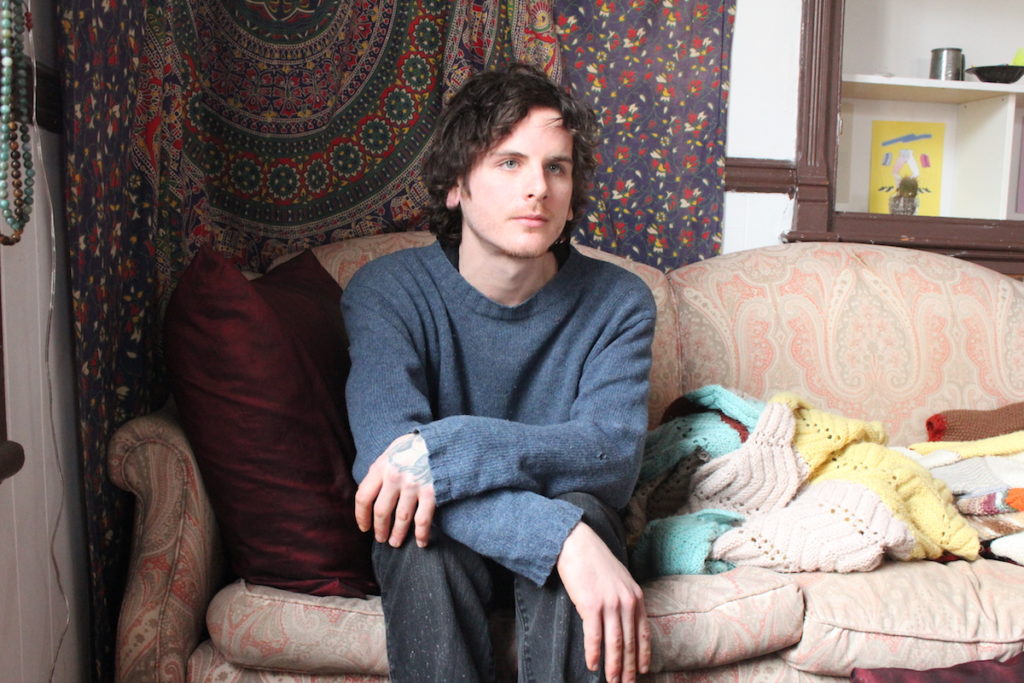 Music has been known to break hearts. My heart breaks often, there are songs that are impossible for me to hear without associating them first with sadness. This is something music is good at: it brings us to places that are specific, no matter how hazy and dissonant the sound. Molly Drag–aka Michael Hansford–is a musician from Montreal who writes the kinds of songs that embody this lovely dissonance. On his newest album Whatever Reason, he gives us the noise we need to express those feelings of sadness and boredom so beautifully. Throughout the album’s eleven tracks, Hansford plays with lines of twinkling guitar, matched with interesting ambient synth samples and low fi production effects.

The record is difficult to place in terms of its sonics. In one vein, you could say it’s shoegaze or dream pop. In another, it’s folk and in another it’s practically emo. When Hansford plays with reverb he brings it down by distorting and transforming his own vocals. When he adds a synth line his guitar becomes pure acoustic fingerpicking.
Whatever Reason really gets how you feel on a level that you’re not even aware exists. This record is late night music. It’s the CD you always have in your car that you always end up listening to after a long, shitty day. It’s a weird but wonderful combination of tracks that pull noises together that make you feel some kind of way.

Whatever Reason is out April 21st. It is available for preorder now. Keep up with Molly Drag here.