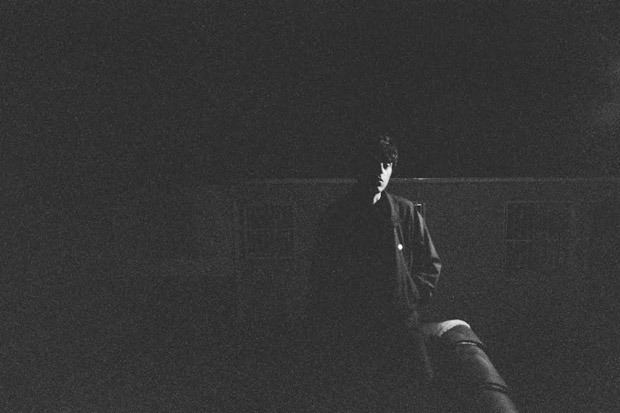 Though he might be the elder statesman in the pair, Tim Presley of White Fence seems to be hanging in the shadow of recent collaborator Ty Segall, for their Drag City LP Hair. And while that album is full of garage-styled rockers, Presley is also letting loose a dubbed-out impressionist rock composite that’s equally stunning, if not more commanding—White Fence’s Family Perfume Vol. 1 & 2 drops today on Woodsist. This psych-heavy double album does a ‘60s revival thing in such a natural, clever way you’d think it came straight off of Nuggets. To inquire, I call Presley on a Friday afternoon, when he’s weighing the consequence of releasing yet more music this year, making preparations for the most recent White Fence tour, and battling fresh ills.

You sound maybe kind of sick.

I woke up with congestion. LA has this secret allergy that I get. Just when you think you’re not allergic to the world, LA will remind you that you are.

What are you looking forward to on this tour?

Being on tour with my brother and playing these new songs. My brother is kind of the one who got the ball rolling with all this. He’s the one who started the live band.

You were just a recording project, before your brother stepped up and said you should be doing this live?

Yeah. We had gotten some show offers, but I hadn’t taken it seriously. Finally at some point I drove up to San Francisco to meet him. He had the band rehearsed; they already knew all the songs. I was pretty blown away. We went from there.

I think a lot of people don’t know that you played guitar in the The Nerve Agents. What similarities do you find between making music there and as White Fence?

This is still there. I mean it’s all there. I get to release the same demons. But I definitely miss guys swinging from the rafters when we’re playing, but this is a different kind of energy. Kids at the The Nerve Agents shows were like jumping off the walls and going crazy on each other. That just doesn’t happen at a White Fence show.

You’ve played a lot with Thee Oh Sees recently. They have a crazy live energy as well. What do you think of them?

They’re the best live band I’ve ever seen in my life. They are just magical. There’s magic there. They’re like a reggae band, where they start playing and everyone starts moving and can’t even help it.

When was the best you’ve seen them?

The Woodsist Festival, out in Big Sur. Everyone was sitting down for the entire concert. It was almost like it was illegal to stand. Don’t get me wrong; it was fucking incredible to be able to sit and listen to music all day. But then Thee Oh Sees played. By the time they got on, it was nighttime. It might have been eleven or later. Fifteen, maybe 20 seconds into it, everyone starts standing up. I was watching it from in the back, this amazing scene. It was like the slow clap in a ‘80s movie. And Thee Oh Sees did that. They didn’t say, 'Everybody up in the front, everybody start dancing!' That’s just the response. It gave me chills to watch. By the 50-second mark, every single person was standing up and moshing.

Why do you think people are responding to music like this these days?

I think they miss it. I think there’s been a huge void in rock ‘n’ roll. At least in my generation, it’s been disgusting to watch. Like watching the run off from Nirvana. After Nirvana, rock turned to watered-down crap. So it’s been up to us as a generation to revive it, to keep rock alive. People want something with a pulse. I do once in a while you know. I went through a Simon and Garfunkle phase, but I’ve always felt the need for that beat.

Rock ‘n’ roll is not dead, but dormant?

Yeah it’s like punk. You know it’s like that Hot Topic sticker… 'Punk’s Not Dead, It Just Sucks Now'. Everything comes in waves. I’m not sure if rock ‘n’ roll will catch on again but I think people want music with rock elements, at least, without looking to Nickelback or something like it.

You’ve already released like a gazillion rock songs this year. How do you go about that?

First, I’m sorry for dumping all that music. But I had to do it. I chopped it down and chopped it down and it’s still really long. Hopefully it will read like a long book. But I can see how as a reviewer, both those records, you might be frustrated. It’s so much music. But I guess I don’t apologize. I had to do to it, whether people appreciate it or not. As for the songs: I just try and scientifically get into every one, just experiment with different things, and then a lot of things end up sticking to the tape. I mean it demands a different treatment for different songs. Some are fine with just guitar, bass and vocals. Others, I dress them up a lot. I get to experiment with different sounds, whether I use the takes or not. It’s fun for me. It’s like building a toothpick castle in the garage. I get to discover so much new stuff. And I’m making mistakes. So much for me is what you don’t know until you try. And obviously the constraints between a home versus studio time and the money regulations there. At home I get to make as many mistakes as I like.

What else are you working on?

I have a bunch of songs I just don’t know what to do with. I can’t decide if I should wait or put them out now. I just keep recording and writing at the same pace for years, really. Me and Ty [Segall] have actually talked about doing another record too. But who knows when that will happen.

That’s a strange thing too. It was so amazing to make. It was unspoken awesomeness. It was almost like he and I went on some vacation to the forest and came back having learned a lot. There was no big deal about it.

How did you get together?

He approached me about it. I was out smoking at a show and he just came up and asked if I was down to do a split. And I didn’t know what I would do. I assumed I would record my songs at home and he would record his at his place and throw them on a split. Later, I was in San Francisco and visited his studio and we both decided I should re-record my songs there. It sounded like Ty Seagall records, you know? Not polished, but good. It just snowballed from there. I showed him a riff and before you know it we were writing songs. It all happened really fast, over five days. And it just got made.