When doors opened at McCarren Pool this Sunday, it looked like this week’s Jelly show would be welcome return to normalcy for New York’s Pool-going public. The line was a sane length, the weather was cooperative, best of all, MGMT would not be playing. Of course a “normal” McCarren show means a glimpse into a kind of indie Eden: When you walk into a mostly-empty McCarren Pool on a day like last Sunday it’s clear that you would have backstroked across the East River to get here, that you’d have skipped weddings or funerals without hesitation, that there’s literally nothing more important going on anywhere else in the world — wars, Olympics, election campaigns and Lollapolooza notwithstanding.

Especially this Sunday. A Deerhunter increasingly comfortable with playing Microcastle bookended by the insanity of the Black Lips and King Khan easily makes for the can’t-miss Pool Party of the summer, and it turned into the kind of show people will likely refer back to when asked about why the place was so special. “Yes children,” they’ll say, “it was the kind of place where Bradford Cox could pelt the audience with banana chunks while getting a piggyback ride from a half-naked King Khan.” I hope you all savored that moment, because the next three weeks (just three weeks left!) — or even the rest of our lives — might be anticlimax.

First up were Tall Firs, a perfect example of a group good enough to survive in the sometimes-cannibalistic New York scene (I feel like they’ve been playing a show a week around here for most of the last two years) without being nearly good enough to transcend it. One Impose staffer noted that their slow, spacey experimental rock was pleasant enough to talk over, which is a nice way of saying that they didn’t exactly command anyone’s attention. In their defense, the Firs shoot for an ambient, slightly folksy sound that’s at least interesting, even if it isn’t hugely crowd-pleasing.

Besides which, it has to suck to get slotted ahead of King Khan, a man who was apparently so devastated by the death of James Brown that he took it upon himself to become a kind of replacement. His sound is a straight Sharon Jones-style throwback to funkier times than our own; live, the King’s raspy delivery brings to mind the wordless, funkified ejaculations that hold together so many classic soul records (the “uhhhhh—ahhhhhhh!” thing… hopefully you’ve figured out what I’m talking about by now). Stylistically, the live show is more of a deconstruction that it is a genre tribute — there’s a cheerleader and a desiccated old dude on rollerskates, the backup musicians are dressed in matching black outfits. Naturally, the King hardly wears anything.

The sound can be surprisingly stark for a band with like, 15 people in it, and their less instrumental garage-funk numbers tend to drive Khan into a positively Dadaist frenzy: one second the man’s mutilating a copy of Spin, the next he’s mooning the crowd or tossing bananas or ogling a small dog.

Is there any reason lurking behind these thick layers of madness? Allegedly: “shake yo pussies!” Khan screamed in one of his few complete (and never mind coherent) sentences of the day, before launching into the infectious “I Wish I Was A Girl.” Shake yo pussies indeed — as his success in out-crazying everyone else at McCarran Pool proves, King Khan and his circle of bands are definitely worth checking out live.

When Impose last caught up with Deerhunter, they were struggling through tracks off of Microcastle, an album that introduced a more upbeat sound to one of the more droning bands out there. There was no struggling today, and they were every bit as devastating as I’d hope they be: set closer “Strange Lights” concluded with a solid minute-and-a half of overpowering fuzz, while songs from the new album kept the mood-killing to a minimum. And the band couldn’t have looked more delighted to be there, which is not so shocking given their somewhat rocky history with umm, audiences.

The Black Lips quickly resolved the question of whether their minimalist, two and three-chord garage rock could work outside of basements, roofs or Bushwick lofts. The Lips have a sound that thrives in alcohol-saturated enclosed spaces, where even the most hardened, arm-crossing concertgoers can’t help but get thrust into the fray. Given the typical, sometimes-warranted complains about the Lips’ one dimensional sound, there was some question as to whether they were slightly out of their league in a setting like McCarren. Thanks to some Khan-led stage antics and a set heavy on familiar tracks from last year’s Good, Bad, Not Evil, the answer was a resounding “no.”

The Lips tend to ravage the venues they play in, and the Pool was no different: by the end of their set the place was littered with toilet paper streamers and pillow fluff, both courtesy of King Khan (and Cox, who made a brief toilet paper-throwing appearance). I don’t blame people who have gotten sick of the usual Black Lips set, which hasn’t changed much over the past year or so (I kinda have, actually). But a classic like “Bad Kids” just works when the crowd’s wasted and the weather’s perfect, save for the reams of toilet paper floating gently through the sky. 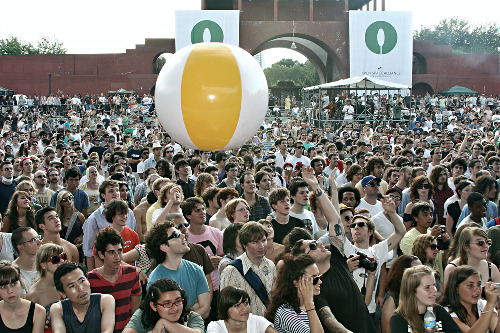 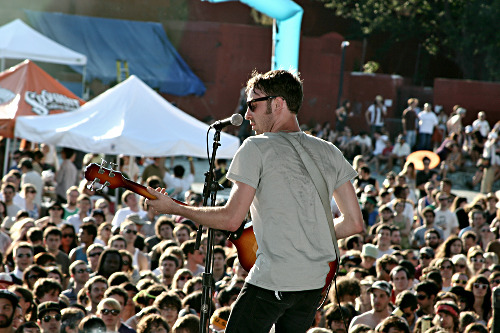 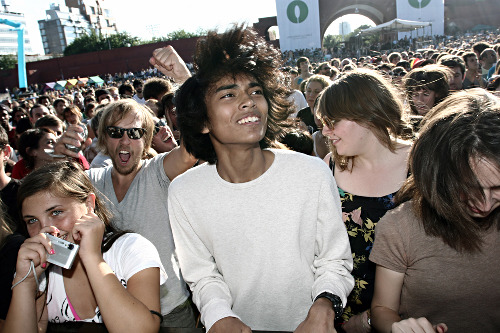 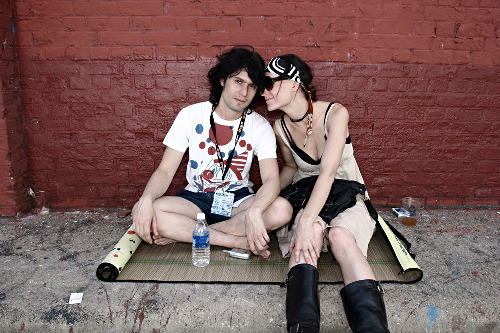 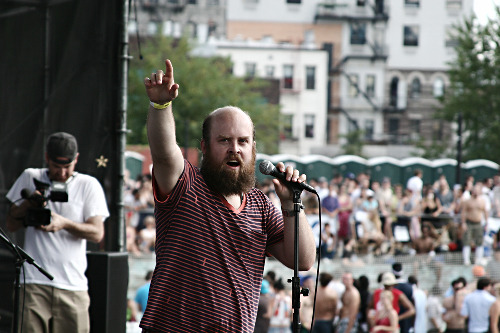 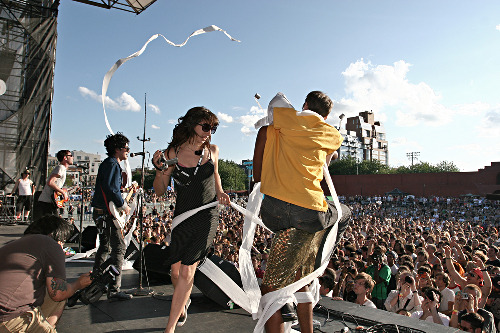 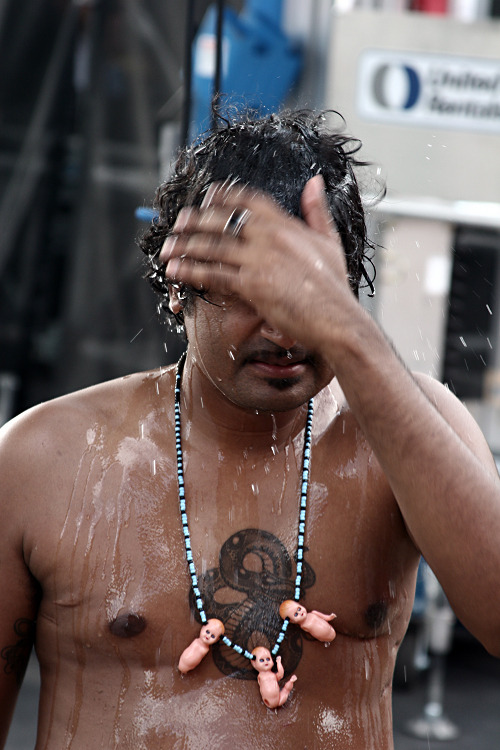 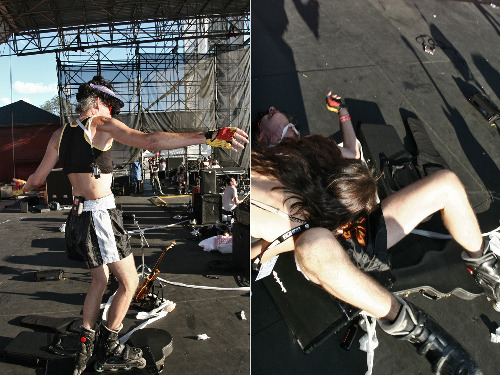 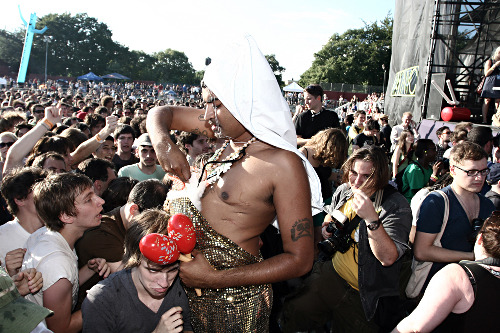 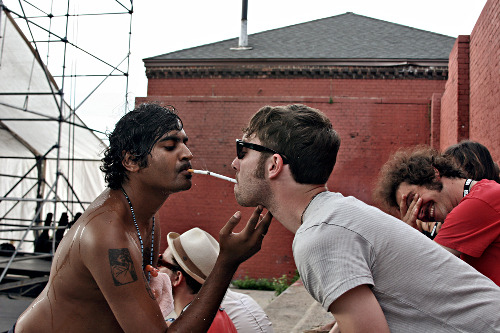 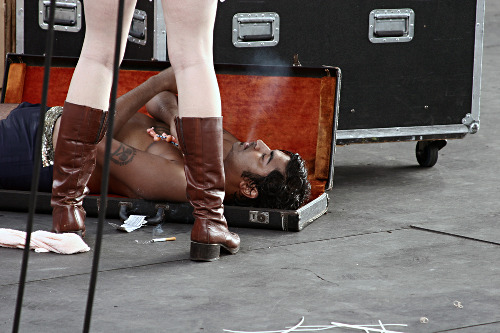 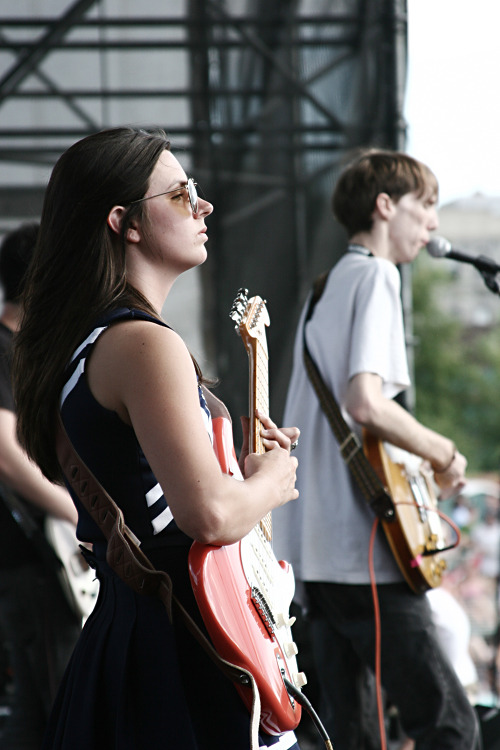 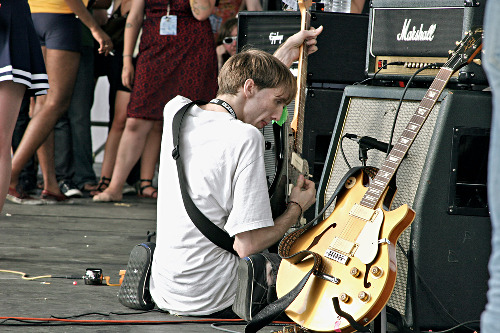 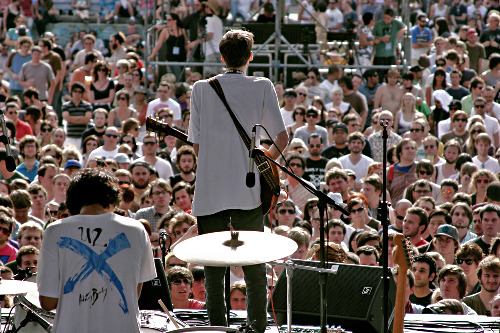 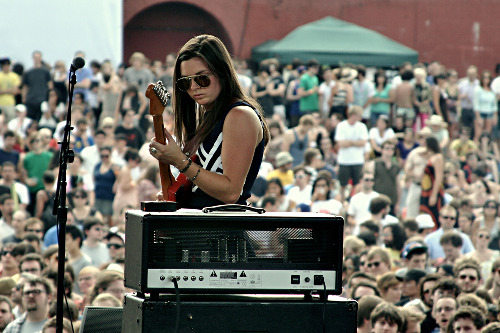 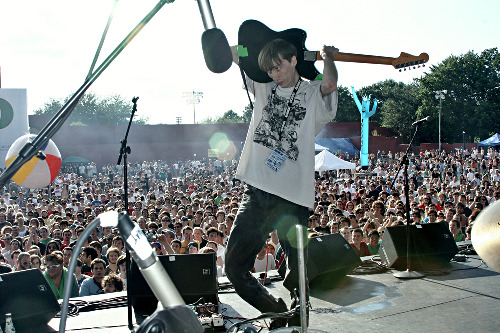 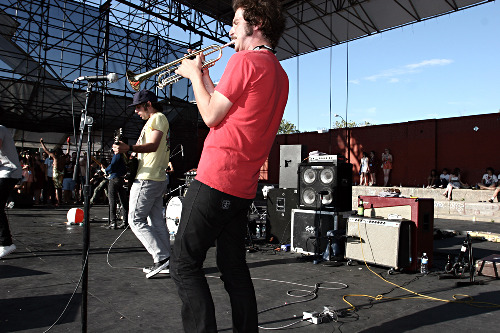 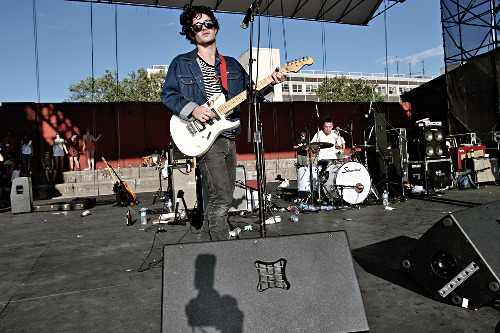 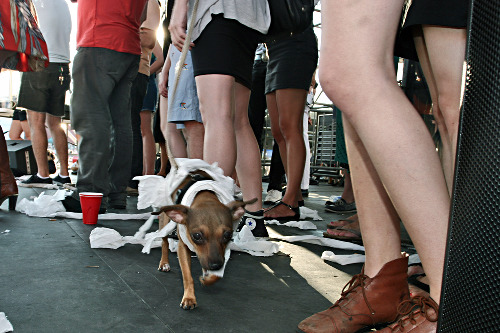 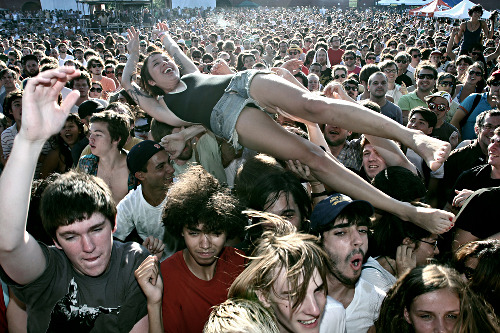