Celebration and Beach House in a Baltimore parking lot

Beach House and Celebration played to a home crowd of a few hundred people on a warm summer evening in a parking-lot outside the Metro Gallery.

Fresh from recording new material, Beach House’s Alex Scally and Victoria Legrand performed in front of a geometric, staggering pyramid the pair constructed out of fabric that resembled the hand-painted cases and keyboard shelves also designed by the duo. They began the set with “You Came to Me”, a jewel from their last record, Devotion. The pair showcased a number of their new songs, like “Norway”, in which Legrand crooned, “We were sleeping till you came along.” Along with “Wedding Bell”, “Gila”, and “Heart of Chambers”, Beach House played four new gems including “Zebra”, “Lover of Mine”, and “Walk in the Park”, which Scally sarcastically referred to as a “break-up jam,” (though later admitting in conversation that their none of their new songs come down to any one particular subject).

Baltimore hadn’t seen Celebration since late February. Their twelve-song set included even fresher work, some that hasn’t been recorded, and that still carries working titles. “Honeysuckle Blue”, “I Will Not Fall, Pyramid Song”, and “What’s This Magical” are some of the new jams, a few of which are available their new album online.

Katrina Ford and husband Sean Antanaitis primarily write the lyrics and basic framework of the songs, with more recent help of band members Tony Drummond, Walker Teret, Tommy Rouse, and Dave Bergender. Rouse and Drummond joined the band last summer, while bassist Teret, joined a few months before that. Rouse mainly plays guitar, and at times, tambourine. On some songs, the elaborate and involved keyboard compositions exist in two and three parts, with Antanaitis skillfully playing two, with his hands and feet, and Drummond on keyboards while accompanying Ford with harmonies and backing vocals.

Members of both bands performed a lively, unironic encore of Michael Jackson’s “Billy Jean”. It’s a harmonious fusion, with Ford and Legrand on vocals, conjuring up slight dance moves, commemorating our late pop-hero. 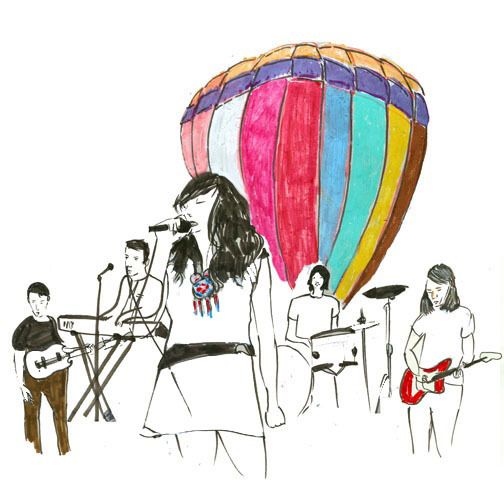 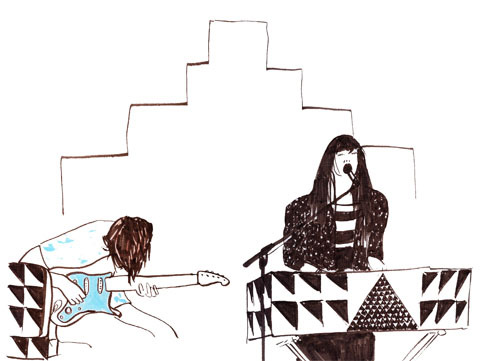