Sunday night at the Belly Up Tavern. An acoustic show by the singer of an alt-country band, whose solo work is even more mellow that than of said band. These are the things that should have tipped off this writer to the fact that the show would probably run on the earlier side.

Unfortunately, I failed to recognize this fact and, in doing so, completely missed out on hearing opener Jennifer O’Connor. Her album Over the Mountain, Across the Valley and Back to the Stars has garnered a lot of praise recently, so this was a bit of a let-down.

However, I managed to catch every minute of Rhett Miller’s set. I wasn’t sure what to expect in terms of material, since both his solo career and the Old 97’s catalog are quite extensive. What the audience got was Rhett with an acoustic guitar, singing his heart out and playing a mix of solo and Old 97’s songs.

All told, I counted twenty-two songs in his set list. Four of those were brand new Old 97’s songs that are going to be on their new record, out May 13. It still lacks a title, and when he told the audience this, someone yelled out “Call it ‘Rhett Sings!'” At that, Rhett chuckled and said he didn’t think the rest of the band would like that too much.

With many other performers, songs recorded with a full band (such as his work with the Old 97’s) played acoustically often leave a little something to be desired. But with Rhett, it just allowed his voice to take center stage, and he conveyed such passion through his voice that I never noticed the lack of other instruments or band members. At the end of his encore, people were yelling for one more song, but we all had to be content with the promise of a return (with the Old 97’s) in June.Even with such a long setlist and just one performer, everyone in the room was captivated. Rhett is an extremely charismatic person, and his songs are both endearing and witty, often conjuring up opposing imagery such as “She was a thin girl / But she had substance.” The man has a way with words in his songs as well as his on-stage banter, and more than a few times he had the crowd laughing along with him. 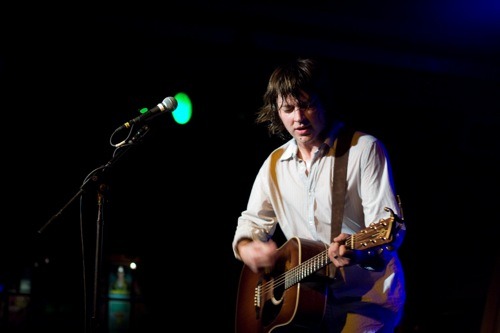 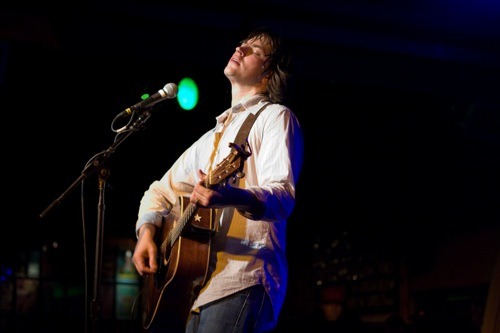 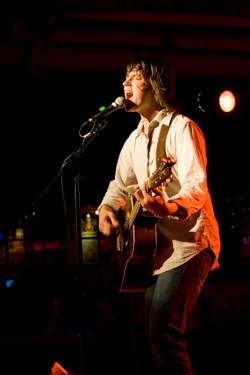 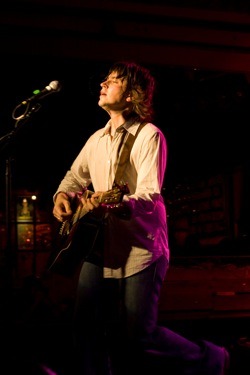 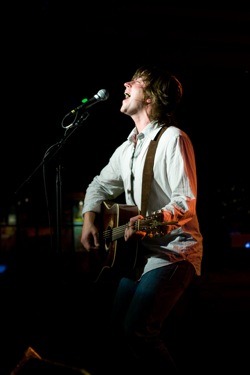 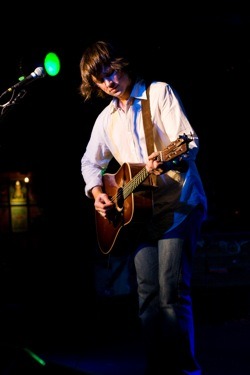 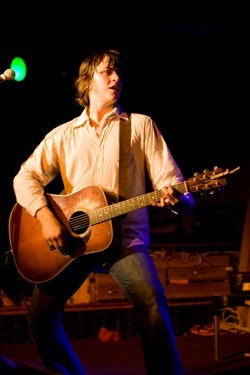 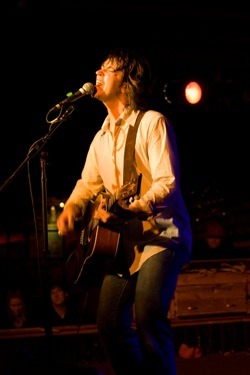 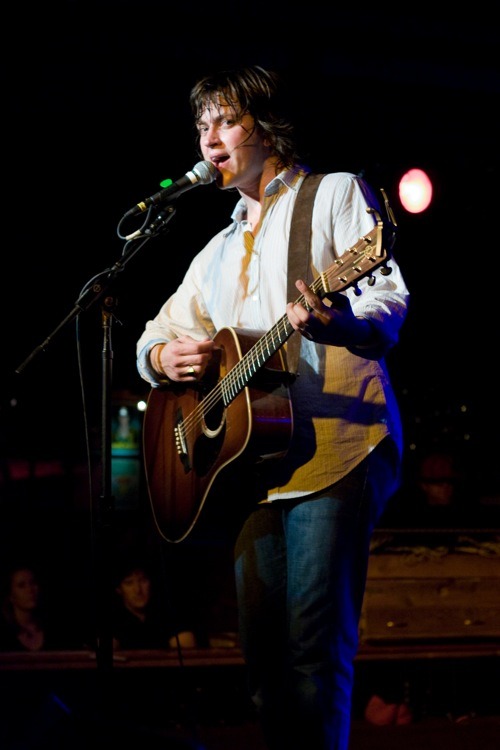