The Midwest has its answer to Brooklyn’s Silent Barn, and whatever other renegade venues the Crooklyn borough hosts, as a few Detroit kids have created Scrummage University.

The venue, which has absolutely nothing to do with higher learning, looms in a draft loft in downtown Detroit’s slaughter house district. As I pulled up to a block full of meat factories, I was certain Google maps had royally screwed me, but was relieved when I saw a saving marker, a messy haired kid in a hoodie and women’s jeans go into one of the buildings. EUREKA!

My photographer and I followed the only noise on the block, up to the third floor where we were greeted with more uncertainty. But, after paying a small entrance fee, we walked down a green hallway, the words Scrummage University on the walls, directing us to the music. No joke, this place was the biggest dump I have ever been to. Looking as though it was inhabited by squatters, Scrummage University quickly became my favorite venue. It was as though we had stepped into a lawless indie-party vortex – complete with b.y.o.b. (d.) sensibilities.

Lit by a giant chandelier and sporadic star clusters of Christmas lights, the loft had the familiar stale of cigarettes and the comfort of seclusion. There was an understanding that we can do what we want here because no one is waking the neighbors – or dead animals. Bizarre objects littered the venue: prosthetic legs, mannequin heads, guerilla art, a wall of busted stereos and speakers. A kitchen hid in the back corner, the owners unconcerned with impressing the guests as the dishes were not done, but the refrigerator was kept empty enough for everyone to store their beer.

First to the allotted performance area was Wildcatting; opening the night with doomsday instrumental post-rock. Wildcatting and fellow youth openers Prussia are clearly young bands, but with true promise in creativity. Wildcatting have an ear for the vicious riff, but instead of letting it carry the song, will slowly destroy it in drones and percussive chaos.

Prussia have removed the conventional rock drummer and replaced it with dual timpani players that pound the skins louder than a high school marching band. I still do not get how the band I typically think needs the most work in a line up, is the band everyone turns out to see. Prussia sounded limited by its heavy drums, as the variation of pattern was severely lacking. Initially it was fun, but after three songs with the same drums it sounded amateur, it did not help that the lead singer could not tell he was singing with entirely too much reverb. Nonetheless, Prussia closed with a drunken breakdown of passionate screams, more drums and minor destruction as the bassist fell flat into the timpanis.

Sister Suvi was the guest band for the evening, in from Montreal, the trio includes Islands member Patrick Gregoire. Sister Suvi is a freak rock outfit that mesmerized me for most of its set, so much so that I hardly remember its sound. I can only attest to the greatness of Merrill Garbus and her ukulele playing. I can imagine with Islands recent signing to Anti- that Sister Suvi might get put on the backburner, but keep the name in mind and try to track down last years’ The Colour EP.What more can I say about Child Bite that has not already been documented on this website? The crowd had shrunk to 30 or so willing to stay out late on a Monday, but Child Bite gave a fuck less, keeping us up and alert until it decided it was time to close shop. It was another inspiring performance from my favorite band, one that included piggy back guitar playing and a weird orange ribbon tied in a beard.

From asking around this was the last Scrummage University show at this particular loft, but do not feel as though you missed out completely. Sources tell me that an abandoned toy factory has been bought that will be significantly larger and weirder. It has not been confirmed yet either, but Dan Deacon’s name was mentioned as possibly performing for an entire weekend in the new toy factory… stay turned on, tuned in or whatever. 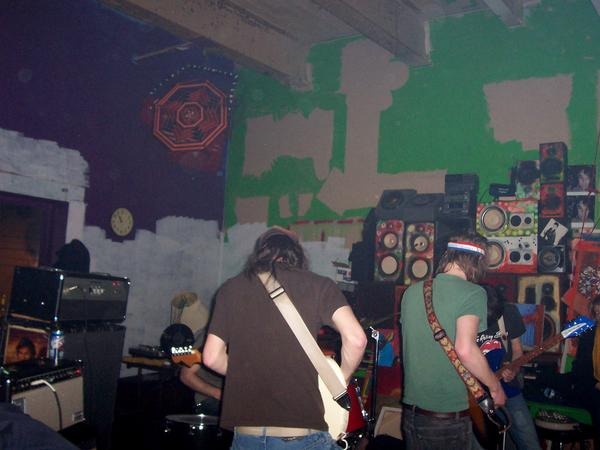 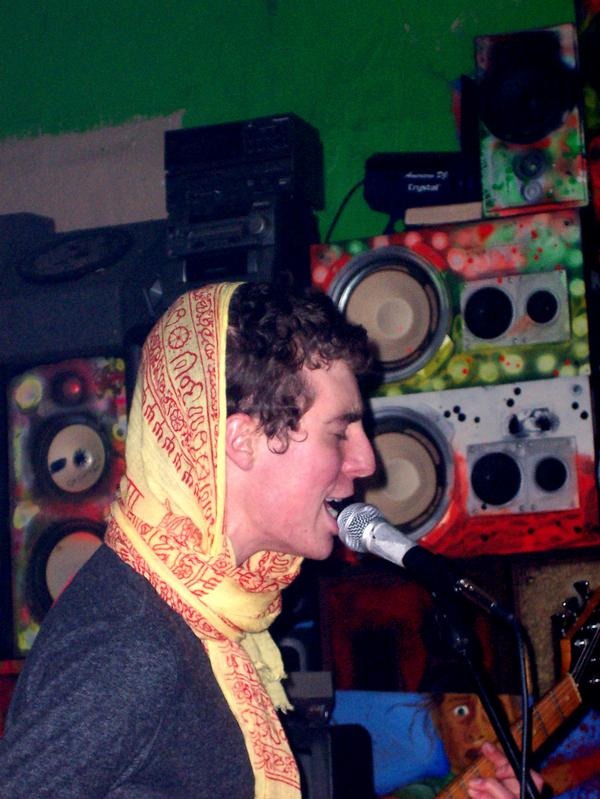 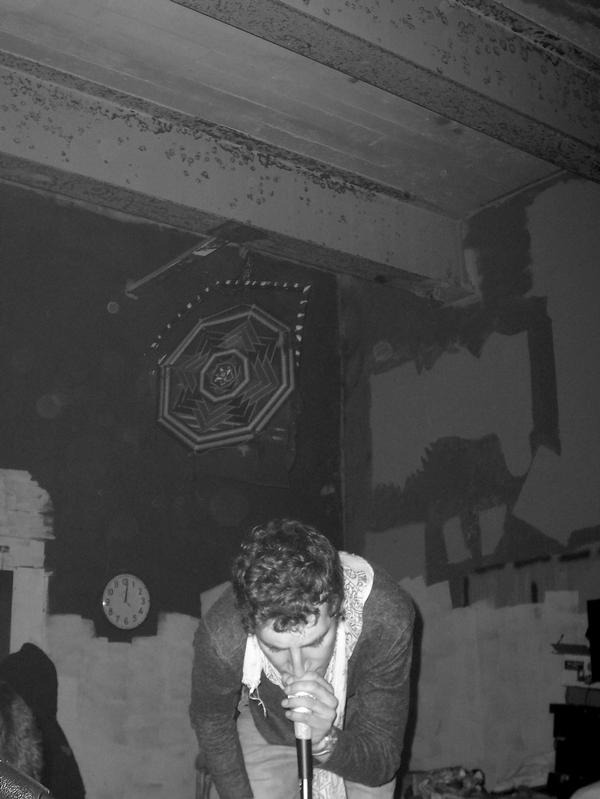 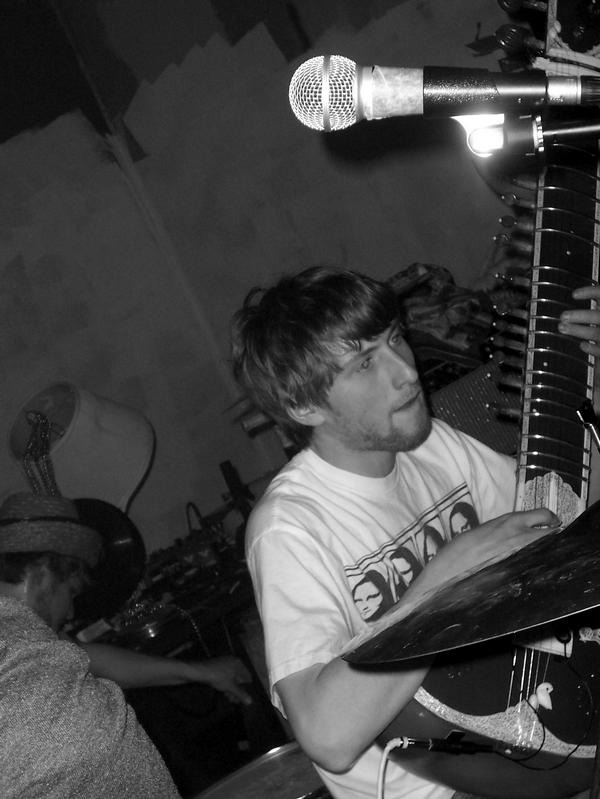 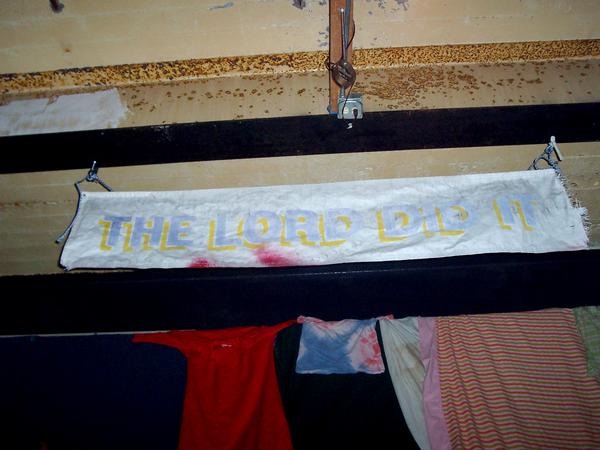 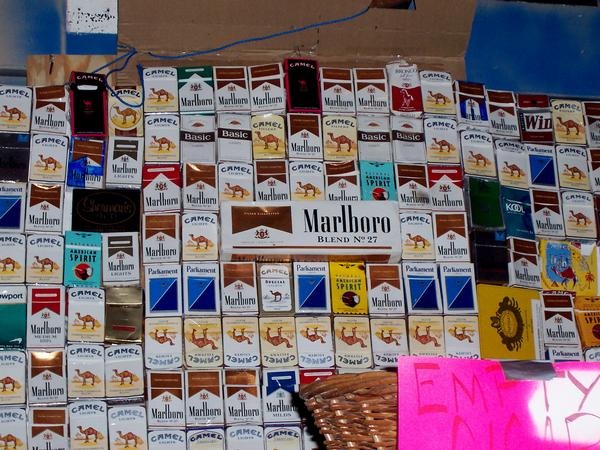