We rolled into Tallahassee around 11pm. My roommate, a Tallahassee native, gave me the number of his friend. On the question of showering at his house, this friend was decidedly negative, and when I asked about cool places to go he said “nowhere in Tallahassee is cool” before spitting out the name of a bar downtown, St Michael’s Pub.

Nate and I felt adventurous enough to check out said bar, and were greeted by multiple sets from local band Lucky Scars. The lead singer was totally rockabilly with his greaser haircut, Sailor Jerry tattoos, black suit, and vintage-looking microphone. The music was mainly punk with some 50’s chord progressions and guitar hooks thrown in. They played a Billy Bragg cover, remarking that they’re going to be on a Billy Bragg tribute compilation that’s coming out soon; this alone was enough to win me over.

The place was scattered with tattooed people who looked alternately like crust punks and Gibson girls(/guys?)…some both at once. Nate went to photograph a tall woman, commenting that he liked her style. “It’s good to hear I have a style,” she responded, as if her pencil skirt and button-down blouse, Bettie Page haircut, red high heels and vintage make up just happened to be thrown together at random.

The bar itself was huge and divey, with pool tables, darts, foosball, tons of booths to sit at, and beer (but no liquor) served in plastic cups. The door guy, a nice fellow named Pat, told us he’d just gotten a phone call from his previously unknown biological father, and we all made a toast.

We enjoyed our fun while it lasted; we spent a night in the parking lot. Some gunshots and screeching tires sounded an awful lot like a drive by, and shady looking guys kept checking us out on their way to what appeared to be a gang meeting (or to be fair, maybe these fellows just like to position a few guards outside for added safety during their 6am tupperware parties). We hightailed it out of there before sunrise. Tallahassee, we hardly knew ye. 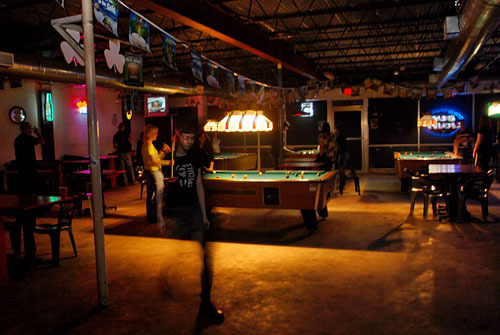 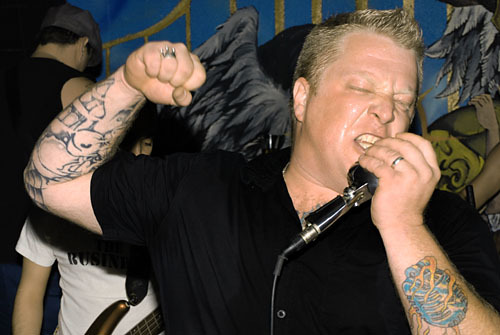 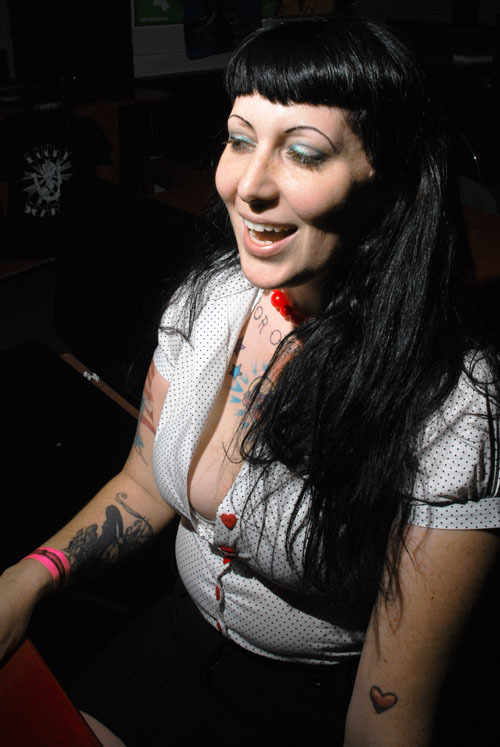 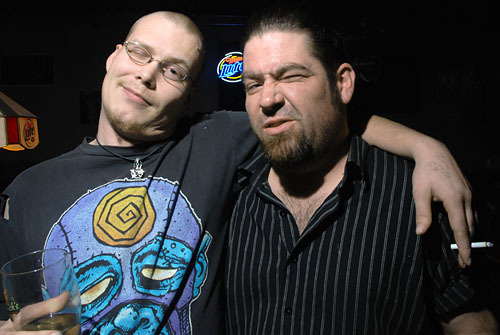 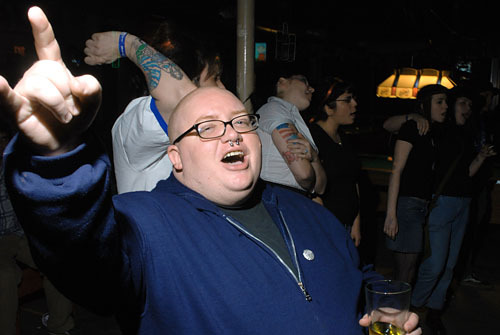