I shudder to think of what the summer of 2009 is going to be like in New York. No Yankee or Shea Stadium. No shows at McCarren Pool. No Astroland, for chrissake. Indeed, post crack-boom New York is on an inexorable march towards progress, and she’ll be damned if your skuzzy amusement park, baseball stadium or swimming pool-turned concert venue gets in the way.

Given the cherry blossom-like transience of all that is holy and good in this town, Asobi Seksu might have made an appropriate kick-off band for the musical portion of New York’s summer of obsolescence. But while our beloved Pool might be hurtling towards oblivion (or infinitely greater social utility as a public pool, if you prefer), she still has a few Jelly NYC Pool Parties left in her. And the first of a string of sunny, drunken afternoons calls for the veritable house band of sunny drunkeness: the Hold Steady, who have turned into one of the hottest properties in indie rock by churning out one perfect, up-tempo barroom jam after another.

Except that this was a wet afternoon from the beginning, as massive pellets of rain pummeled concert-goers before anyone had even been let inside. With lightning forking somewhere over North 7th and Bedford, it briefly appeared that the only Hold Steady we’d hear was their 2 or 3 song sound check (which I’d like to think was played for the benefit of the few thousand people waiting in line outside. Which would be pretty awesome). But the weather chilled out, although not before turning McCarren into a football-field size wading pool.

The unpredictable weather kept the crowd small, which really cut down on the line for the slip n’ slide. Speaking of which, all of your favorite McCarren distractions are back this summer: the dodgeball pit, the microbrews, and of course the almighty slip n’ slide (which actually seems shorter and less wet than last year’s. Meh.) And I guess there’s the music, which kicked off with J. Roddy Walston and the Business, a rather hairy four-piece from Baltimore band whose Big Brother and the Holding Company-inspired name matches its Big Brother and the Holding Company-inspired sound. Their bluesy piano rock would be a lot more annoying in an indoor, non-drunken setting, although they’re perfect in an opening-for-the-Hold-Steady-at-McCarren-pool-type capacity. Come to think of it, this is exactly the kind of band you’d expect to see opening for the Hold Steady: they have the same backroom bar-band ethos and the same endearingly unpolished, proudly unsophisticated sound; and, predictably, none of the musical or lyrical subtleties that make it so the Hold Steady only seem unsophisticated.

But never mind–they were great background for the dodgeball pit, and they made the most of the day’s sole 45-minute window of comparatively pleasant weather. The Loved Ones must have pissed off the concert gods, and I can understand why: their pop punk is so aggravatingly derivative (background: they’re touring with Flogging Molly) that it’s likely the only thing they’ll be remembered for around here is playing through an epic urban monsoon during the first of the last round of pool parties. And what a monsoon it was: the acre-wide puddles from the first downpour rose to above ankle level, the slip n’ slide was nearly frictionless, and an especially drunken audience member did a military-style crawl through an almost pond-sized body of water on the pool deck, ostensibly for the entertainment of other drunken members of the audience. The rain unleashed the kind of summery exuberance that countless New York music fans instantly associate with McCarren Pool, and I’ll be disappointed if we don’t get a couple more torrential downpours this Pool Party season.

So yeah, the headline act: as our own Blake Gillespie noted in his album review, “Constructive Summer” is a worthy addition to the “All My Friends” genre of plaintive, midlife crisis-themed indie jams. It’s also an awesome opener for an over hour-long set heavy on songs from the newly-released (in digital)/still to be released (in disc-form) Stay Positive. Thanks to the rain, the crowd was smaller than you’d expect at a free Hold Steady concert in Brooklyn, although the rain-drenched stalwarts were rewarded with most of the songs off of the new record, as well as a few old favorites– “Stuck Between Stations” was an obvious set highlight.

The one legitimate knock on McCarren is that its acoustics leave a lot to be desired, and it was tough picking up the blaring organ riff that makes “Sequestered in Memphis” one of the better songs off the new album. But with the clouds clearing about halfway through the set, “Lord, I’m Discouraged” was every bit the show-stopping arena anthem it was meant to be. And although it’ll make an excellent last song before last call, the night’s set closer was “Slapped Actress,” another bit of heartfelt beat poetics carefully stretched out to arena-like proportions. It’s not surprising to hear the Hold Steady moving in a louder, more anthemic direction, and it was gratifying to see the ultimate bar band closing the show with something epic and rockstar-worthy–even if only a few people stuck around for it. 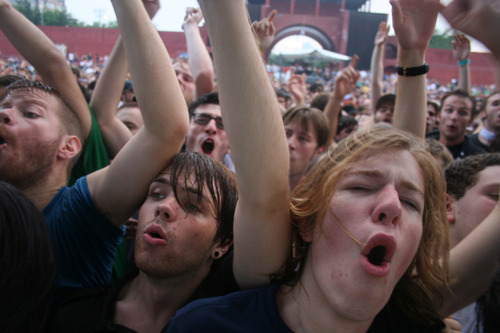 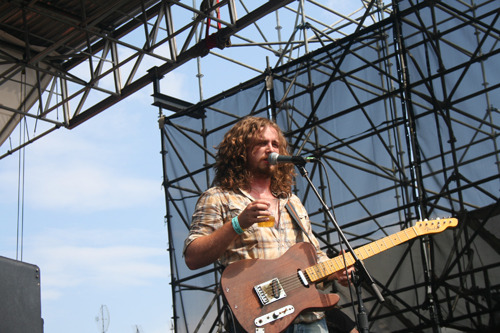 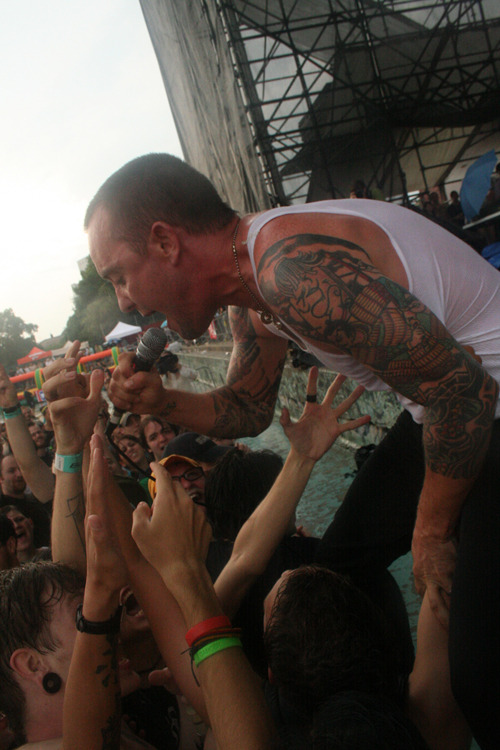 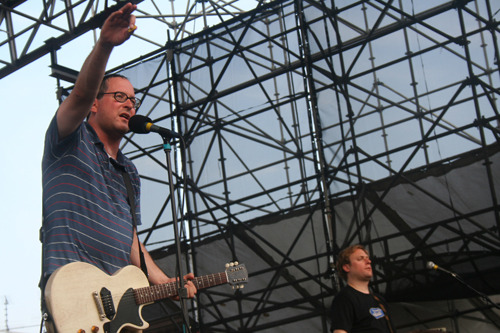 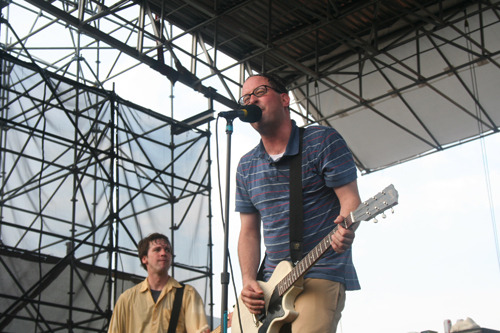 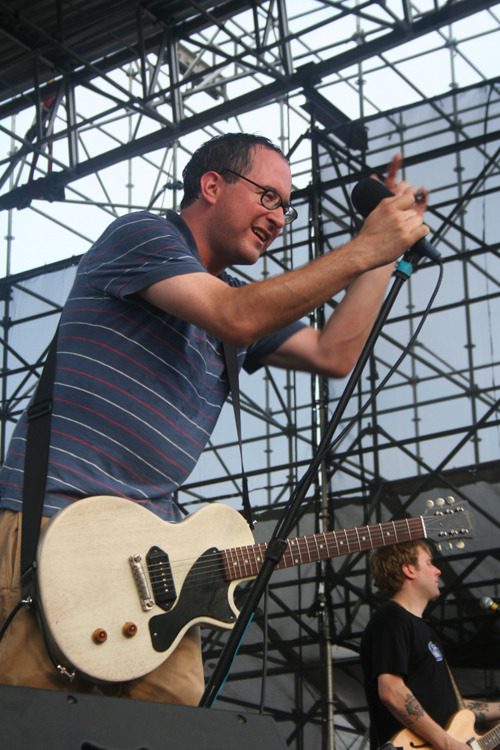 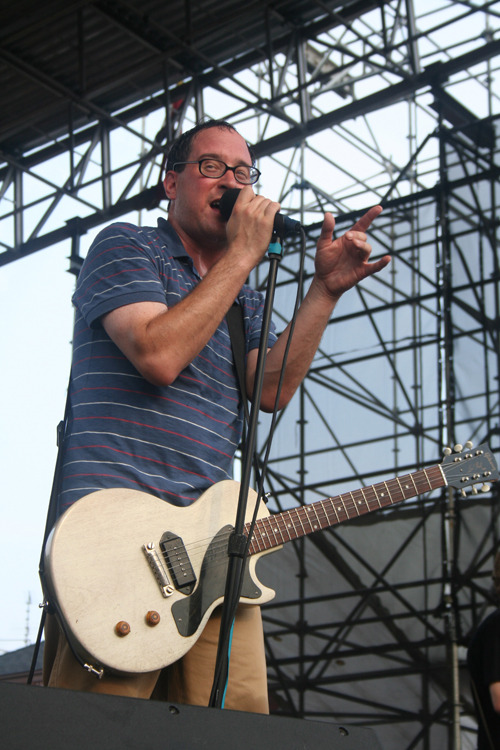 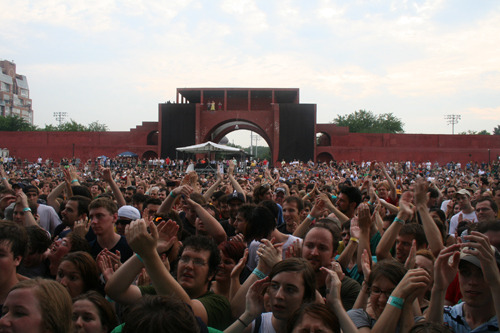 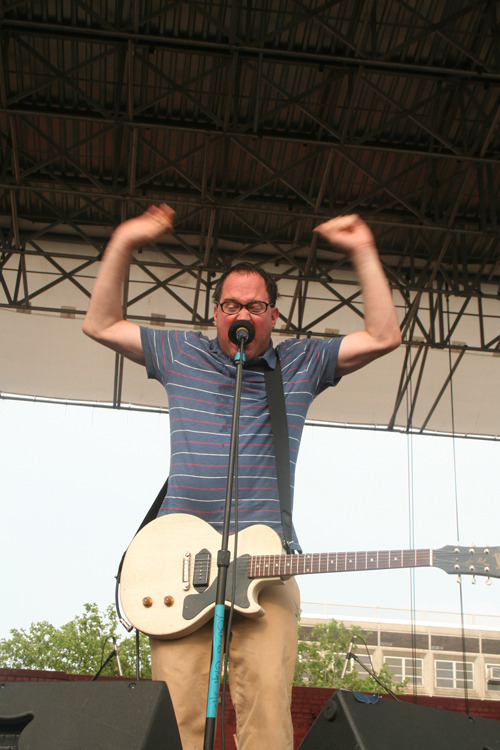 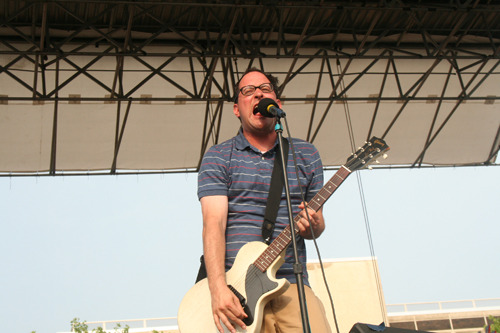 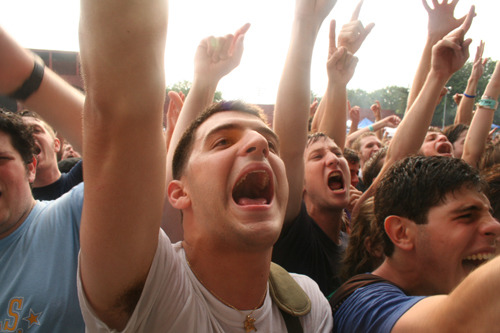 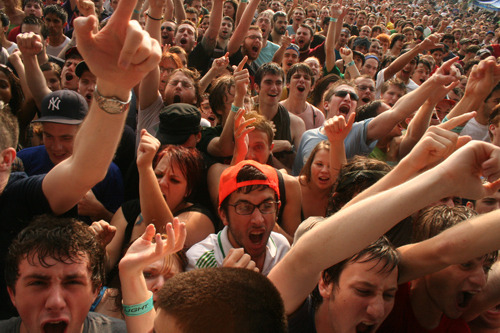 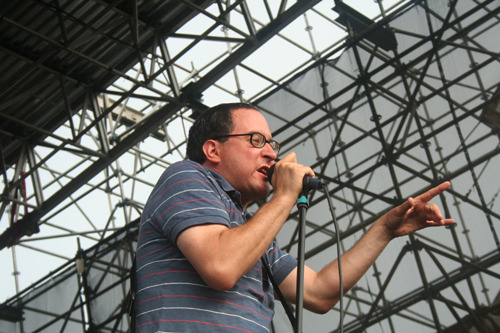 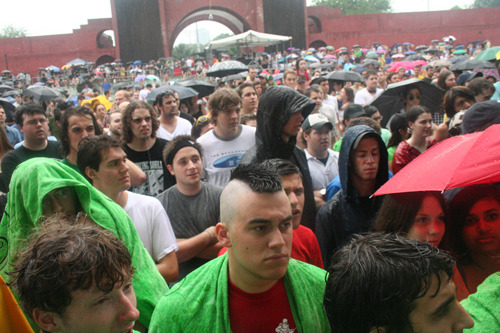 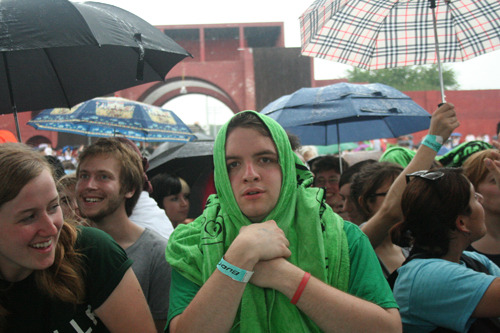 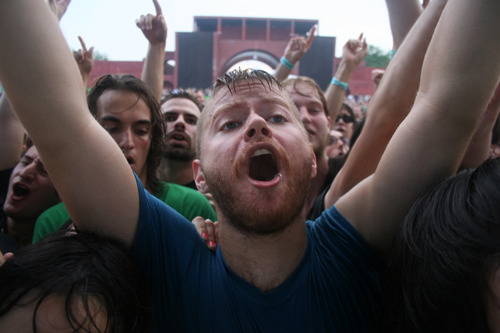