We Are The Night – Chemical Brothers 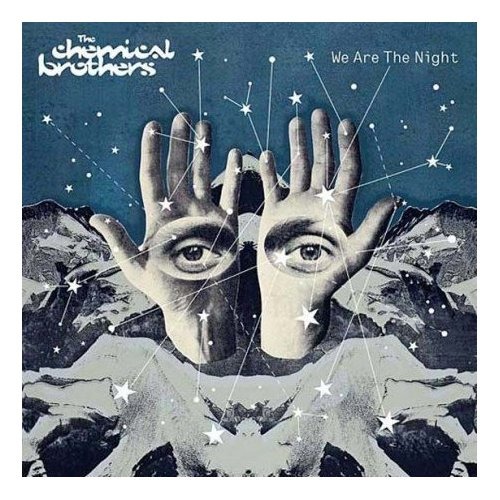 Are we really so far removed from the 1990s that The Chemical Brothers felt it was already time to make a nostalgia piece? You remember the 90s: that blissful era when a 56kbps modem was the shit, when Brad Pitt was being totally hot in Legends Of The Fall, and the MiniDisc player was about to turn the portable music industry on its head. Whether or not that was the Brothers’ motivation, We Are The Night, in sounding like a cross between The Prodigy’s ill-received 2004 release, Always Outnumbered, Never Outgunned, and the soundtrack to the movie Hackers, is a reminder of just how little “Big Beat” music has changed since its mid-90s heyday.

If you’re already a fan of the Britain-based Chemical Brothers (comprised of former college classmates Ed Simons and Tom Rowlands), this may or may not be a bad thing. We Are The Night, though neither an original nor challenging listen, has several decent songs. The title track is archetypal, synthesized, bass-heavy big beat, in which The Chemical Brothers assert several dozen times that they are, indeed, The Night. Another highlight is “Battle Scars,” which features New York folk singer Willy Mason. The track’s mellow piano and mallet loops mesh well with Mason’s drawling baritone as he notes that “the culture’s fallen off its feet / I’ve got to find a brand new beat.”

Unfortunately, much of the rest of album features songs that blend indistinctly into each other, whether or not they are adjacent. There are four vocal-free tracks on We Are The Night: “Saturate”, “Das Spiegel”, “Burst Generator” and “Harpoons.” The first three, as variations on 16-beat keyboard riffs, sound virtually identical. The result might have been cool a dozen years ago, but now it simply sounds like the result of a good afternoon spent fiddling around with Garage Band. Then there’s “The Salmon Dance”, a quirky, hip-hop collaboration with west coast rapper Fatlip, in which the listener is encouraged to “put your hands out to the side, as silly as it seems / and shake your body like a salmon floating upstream.” In the midst of a high-energy “electronica” album, the decision to include an unfunny throwback to the ridiculous help-the-white-man-dance tracks (ala “The Macarena” and “Da Dip”) of the 90s is close to inexplicable.

Ironically, “electronica”–despite being a fabricated genre that reached its peak usage in the mid-90s when MTV was searching for an umbrella term to make big beat, techno, and ambient music accessible to an American audience–is a fitting way to categorize We Are The Night, which is an unfortunate regression from 2005’s Push The Button. In all likelihood, if it were released in 1995, We Are The Night would have been popular and well aired; who knows – people might actually be doing the Salmon Dance. But as it’s 2007, all we can do is bop along to the dance beats until they become boring, which, unfortunately, might not take too long.