Sophe Lux & The Mystic Premiere Video for “Waking the White Winged Horse”, Talks Inspiration and All Are One 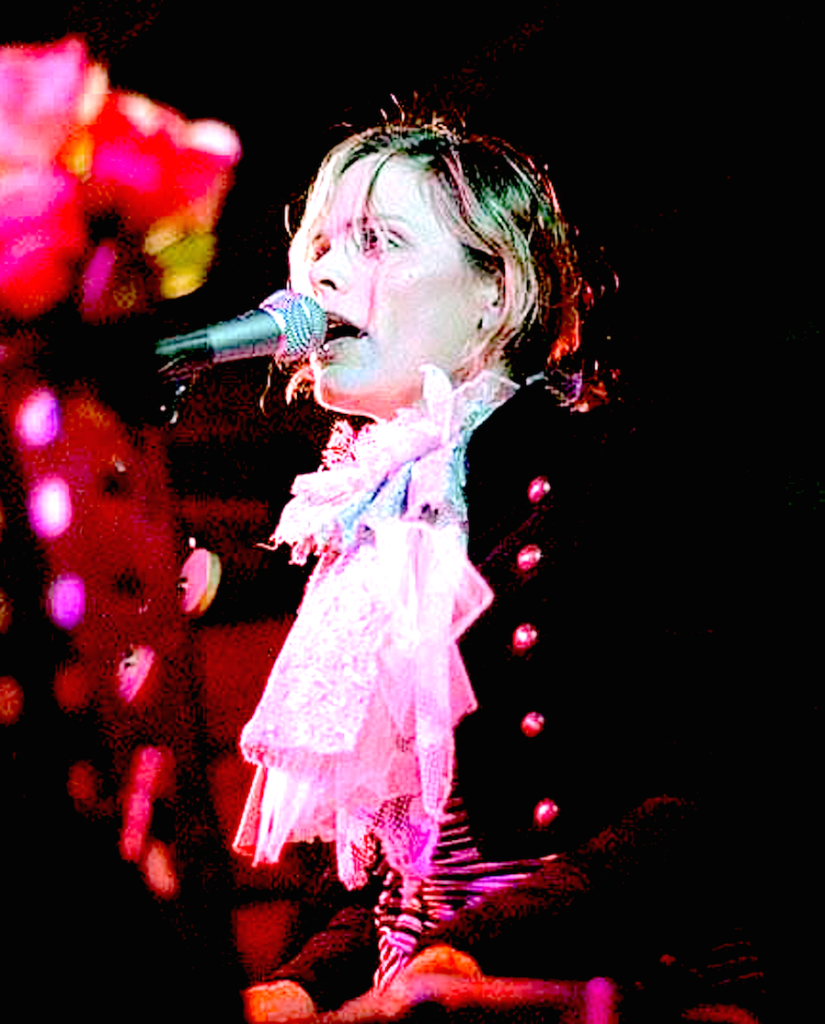 This summer, Portland’s art pop/rock project Sophe Lux & The Mystic released a brand new, nine-track full-length titled All Are One. The cover – which boasts a myriad of colors blending in a prism of light – suggests many different meanings for the title, though it is plain to see that a feeling of unity is what Sophe Lux is aiming for with the work. What’s more? She has a new music video for the song “Waking The White Winged Horse” that nabs you with additional psychedelic feels. Check out the exclusive premiere now.

The video plays with visuals, shots of singing toward the camera including overlays of geometric shapes cascading over her black and white form. These visuals are joined by old film reels, the most terrifying aspect, perhaps, belongs to the expression on the moon’s face. If you’re looking for new art to appreciate, this is it.

In honor of the official music video release, we got a chance to speak with the band. Check it out!

When did you get your start in music?

I was fortunate to have this friend Aleta in middle school who encouraged me to start writing songs. She was a very wise 14 year old who said: “there is no wrong music or no wrong way to write music. Just start. Be yourself.” With Aleta’s encouragement I taught myself how to play some chords and eventually started writing songs at age 14. I played and performed originals and covers through high school and college; but my official “start” in music came when I moved to Portland. In Portland I was surrounded by this friendly music scene that made it easy for me to I start performing, playing with other musicians, and recording music in a more serious way.

What were some of the earliest records you remember listening to? Who introduced them to you?

Walk me through the creative evolution of Sophie Lux to today’s Sophe Lux & The Mystic.

The songs on my first album, “Plastic apple” were inspired primarily by inner personal and mystical experiences that I had while living in France and in the US. It was a time of self discovery and identity formation and the songs explored themes of relationships, heartbreak, obsessions, and alternate dream worlds. I was reading Nietzsche, The Dada and Surrealist poets, and Carl Jung at the time.

While I was writing the songs on “Waking The Mystics” a vaudvillian, Brecht-like aesthetic took over my songwriting. I wrote about the hypnosis of consumerism, robots with existential crisis, and the hypocrisy of the American Dream. I was reading lots of work by the French theorist Baudrillard at the time. He talks about how society has replaced all reality and meaning with signs and symbols, and that our human experience is basically a simulation of reality. The performances were cabaret-tongue in cheek, the lyrics socially and politically critical.

The EP album “Hungry Ghost” was born out the angst over the Wall St scandal and financial crisis of 2008. The EP’s title track “Hungry Ghost” was about the fall of America and ends with a theatrical exorcism for our country. This track was inspired by David Byrne and Brian Eno’s brilliant collaborative album My Life in The Bush of Ghosts.

Sophe Lux & The Mystic came out of a period of loss and rebirth. My mother had passed away and I had many other personal changes that shook me to the core. In writing All Are One I wanted to start an alternative discussion to the Dystopic themes in pop culture. Instead of hating what is, I wanted to ask, “how can we learn to love what could be?” I also wanted to write beyond the voice of the ego or the “I” and experiment with the idea of speaking through the voice of the soul, and the voice of “we.” I played around with perspective and voice a lot.

What was the recording process like for All Are One?

The recording process was so much fun. Every day was an adventure. Engineer Larry Crane helped me produce and we worked intuitively and instinctively. We played real instruments mostly. I played B3 organ, piano, moods, Nords, vintage casio, percussion, sang the vocals. Larry helped with drum programing and bass and guitar. There were no maps, no charts, no rules. It was a long process that took about 2 years.

How do you stay inspired to continually create music?

The inspiration for writing is everywhere for me. It’s in books, in trees, in ideas, in politics, in strangers on the street. It’s in new music, old music. In life. I feel so so so lucky that the muses keep showing up and gifting me with this music.

What state of mind ought a listener have to best connect with All Are One?

The best state to be in is to listen with an open heart. Don’t think too much about it. Just enjoy the ride.

Who is your dream collaboration made up of?

How does the typical ‘Portland weird’ feel play a part in All Are One, if at all?

What sort of cohesion has been forged in your time on this project?

Since this is a solo DIY project, I have been called to take over duties that others usually take on. That has been an interesting challenge. I feel like I have had to trust myself more than I ever have in making this album.

I am grateful for being able to make music, videos and be a creative person.

All Are One is available now.