An Open Letter by a Gibson Photographer/Fanatic 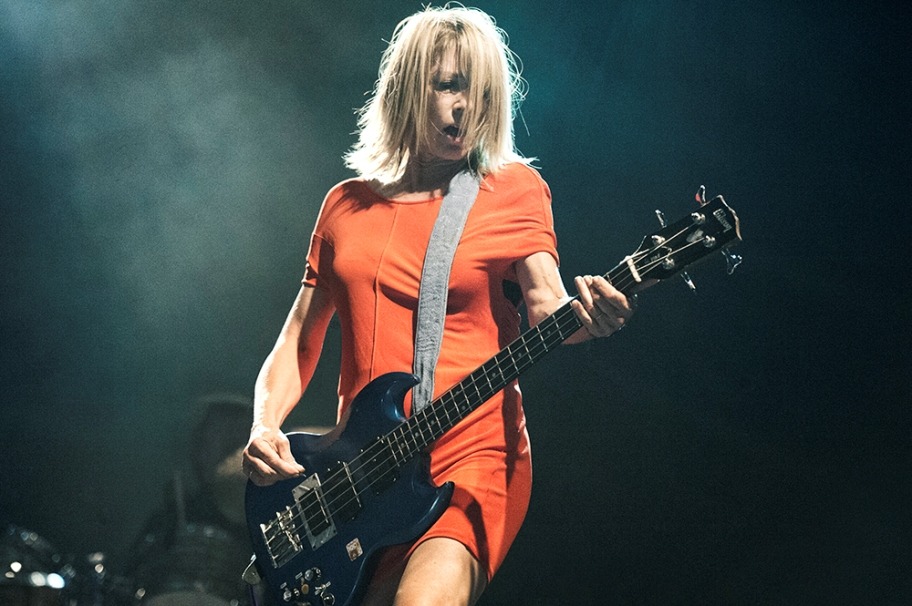 Ed's Note: Dana (distortion) Yavin is opening her collaborative project with Gibson Brands tomorrow entitled Gibson Legends. Held at the Gibson Showroom in NYC, the event requires special RSVP. The following is Yavin's eratic story of her affection for Gibson guitars and how it's led to stress and success.

When Gibson showroom asked me to work with them to create an exhibit of my photos I fell off my chair. Not only I'm a huge Gibson fan since buying my first Gibson at 15, but also what music photographer won't be flattered by such an offer? And so began two months of no sleep and a lot of Gibson guitars.

You could say I'm now a Gibson fanatic. They are all I can see. After countless hours reviewing my archive of photos I've grown to loathe anything not Gibson. “Fantastic shot … but a F@#$!r axe?!” has become the bane of my existence. “Sorry there so and so, you are no longer a friend of mine,” followed with truck driver-esque expletives.

My baby, a Cherry Red Les Paul came to me through the inspiration of Slash. Flash forward over a decade later and I'm hanging my photo of Slash and his Les Paul at Gibson. What a world?!

It's a little Rock And Roll dream. This whole show is.

Working on this show was an amazing process for me as a photographer. I went back and looked at photos from back in the day when I just started (I really had no idea what I was doing back then) till the very last photo I shot of Sinead O'Connor last week. Damn, in three and a half years I've shot a hella lot of Gibsons!

It was challenging to make the selections upon the restrictions I had for the show but I ended up selecting 69 prints total – and I love them all. I cried after the files were ready for print. No joke. It's been very emotional to reflect back and see truly how much I have shot, experienced, suffered in such short time. For all of you that might think music photography is a cakewalk of backstage passes and after parties – it is surely not. It's fighting drunken festival crowds and missing all the fun to quickly turn around photos at the whim of grueling publishing deadlines.

I've made my biggest dream a reality. For the first time in my life I feel like I have really made it. And I don't mind saying I'm quite proud. Shooting all these shows was not easy. I'm a woman in a man's world, not to mention a total midget at five feet tall. And I've put notches in my belt all over the circuit from US to EU. This is my biggest love. No man in my life has ever come close to the love I've for my cameras (sorry, fellows).

If selecting and prepping the photos (which of course I thought necessary to blow up to nearly a larger than life size, all 69 of them) were not enough I had to put a whole shebang together. The opening night! My night! I might as well be marrying the damn things, I've put so much prep into the event without breaking the schedule of shooting every night, editing until my pupils are ready to picket. I'm likely never getting married anyway, so this likely about as close as it's going to get, and like everything I maybe took it a touch to the extreme. Making my own wine labels, designing custom guitar picks to give my guests at the opening, posters, deejays, more booze, and after-parties. And did I mention my computer decided to kick the bucket a week before the show?! Still, with a little help from my friends I made it through.

The fun never stops. And I'm doing my best to make this an unforgettable night for everyone.

Ok well, salutations, I'm back to framing. See you tomorrow, it's going to be wild!