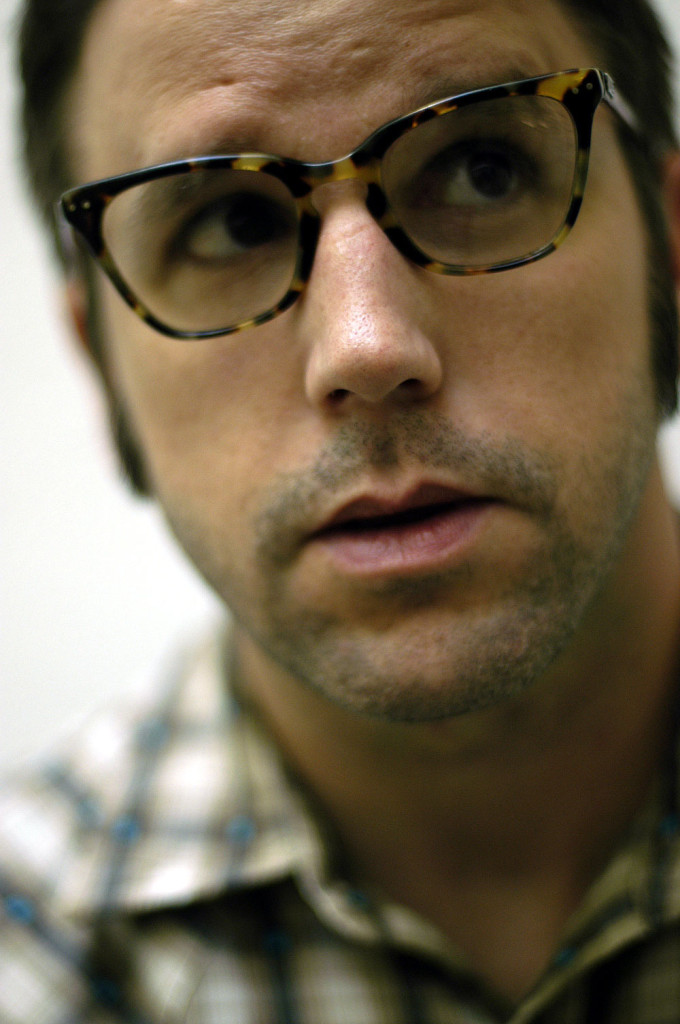 Time Out New York described Kevin Sampsell's book, A Common Pornography (Harper Perennial, 2010) this way: “It’s 'common' because he welcomes the reader in. Sampsell shares loneliness with such intensity that his book almost defeats it—both his and yours.”

Told in funny and revealing vignettes, Sampsell discusses a confusing home life, sexual experiences and even the time he saw Lionel Richie live. He also includes a picture of himself with earrings and some New Wave kids which I liked.

01 The stories of Scott McClanahan. I'd never heard of Scott until last year. He's a young guy from West Virginia who writes really straight-ahead stories about friends and family, the kind of tales you might hear on someone's front porch with a strong drink in your hand. There doesn't seem to be any gimmicks or fancy MFA tricks. I get the feeling they're pretty true stories because they feel so full of real details and real life. His books are simply called “Stories” and “Stories II” and you can find out more about Scott here: http://hollerpresents.com/

02 Elizabeth Ellen's great and revealing essay about crushing out on Dave Eggers and her own coming of age in the Internet literary scene and this Dear, Sugar column on the Rumpus, which is about as fearless and blunt and bullshit-free as you can get.

03 Stuff I got at AWP in Denver. Annalemma (a beautiful literary object, and for only $10), Creative Nonfiction (I really like the redesign), The Harp & Altar anthology (a big thing, a kick-ass thing), Hobart (they gave shots of whiskey to people who bought their journal), and Booth (a fun little thing with Rothbart, Lethem, and comics too).

04 All that stuff about Marina Abramovic's recent MoMA show. I first read about this show via my favorite blog, HTML Giant and then yeah, I had to read her Wiki page, the blog about people crying when they look at her, and a bunch of other reviews and videos. I think there's a lot of power in her work.

05 The little self-published books by Steve Almond. Although he has no problem getting published by big presses, Almond wanted to do a couple of little books on his own recently and printed two of these peculiar creations using print-on-demand technology. One of them is a combo of flash fictions and essays on writing. I had recently read another book on writing by another famous writer and was really bored and uninspired by it, so it was a great charge to read “This Won't Take But a Minute, Honey.” Almond's enthusiasm for reading, writing, and inspiring people to write boldly is so palpable in this little book. I think it ranks right up there with “Bird By Bird.”

The other book Almond self-published is a little thing called “Letters From People Who Hate Me” and it's basically just that–angry rants from people who disagree with Almond's political thoughts and writings. But it's his responses that really make it an entertaining and, yes, enlightening read. These books are hard to find (mostly sold at his readings) but you can get them or at least order them through the Harvard Book Store, where they're printed on their very own Espresso Book Machine.

PrevPreviousLit Randomness: NY's funniest publicist, and the ones who screw authors
NextLit Randomness: Jose Saramago dead but not his blog, linking handcuffs and Paris HiltonNext