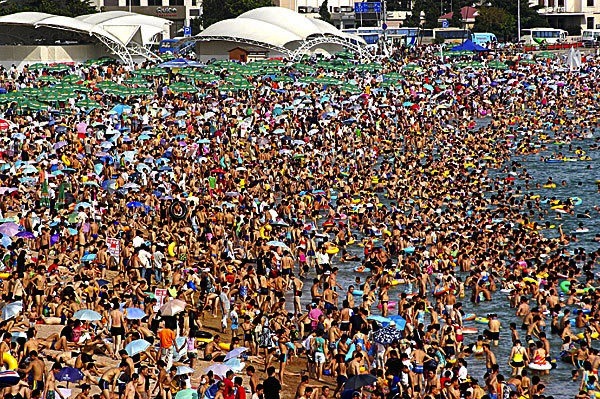 For some, summer begins when they scrape last summer's gunk off the grill and fire it up for the first time in nine months. Others know summer's arrived the first time their head dips below the surface of the ocean. For others still, it will come on June 20. For me, however, and maybe for you, summer is on when you find The New Yorker's summer fiction issue in your mailbox (or, if you're like the younger version of me, when you steal it from Barnes & Noble).

Every summer, the most highfalutin of general interest magazines releases a double issue, dominated by short fiction pieces. Occasionally, a loose theme will be applied, but most often the fiction is just the kind of competent, white-people-problems stuff that readers have come to expect. With the theme of this year's fiction issue, The New Yorker's editors have tapped into a nostalgia for carefree, escapist summer reading by edging into the territory of genre fiction. Science Fiction, while perhaps the genre that has most often penetrated the kingdom of literature (arguably tied with detective fiction), might be regarded by The New Yorker's readership as a “guilty pleasure.” The issue, which contains four stories and nine non-fiction pieces that address science fiction (or just plain science), is yet another entry into the endless argument over whether sci-fi and literature can play nice together.

There are highlights (the late, great Ray Bradbury gives a peek into the beginnings of his obsession, and Jennifer Egan's 'Black Box' turns truly majestic) and lowlights (Sam Lipsyte lets his snark take too strong a hold, sending his story 'The Republic of Empathy' off the rails), but it's the issue's intent that interests me: was it consciously making the point (as Daniel Clowes' rich cover illustration would suggest) that sci-fi has dropped in on our exclusive literature party and is here to stay? Or does the publication of such an issue only further ghettoize the genre? By deeming it “summer fiction,” are we writing (no pun intended) it off as somehow less serious than the fiction we read the rest of the year?

The idea of “summer reading” has always baffled me. Yes, media consumers, here's a list of lighter, easier “beach reads,” because we know you are so bogged down with all the heavy reading you've been doing through fall, winter, and spring. Put the Pynchon back on the shelf and put on your swim trunks, because Mr. Sun is back in town. Summer, with its longer days and green green grass, actually seems to accomodate more time to spend with a text, thus making it a good time to get to the hard stuff. But let's be real, reading is reading, and when you're an adult, seasons pretty much don't exist anyway.

That said, lists are fun, and if you're looking for something to throw in the Jansport for your next trip to the beach, here's a few recent paper-and-glue companions, with a summer beverage pairing to keep you hydrated:

Windeye by Brian Evenson (Coffee House Press, 2012)
horror with a lower case h, which is much more awful than the capitalized version (in a good way). Drink: sweet vermouth.

The Collected Writings of Joe Brainard (Library of America, 2012)
This might be overloaded, but it's a great chance to get everything by this frank, witty, slight treasure in one place. Drink: cheap white wine.

A Beautiful Marsupial Afternoon by CA Conrad (Wave Books, 2012)
This traces a line from body to non-body. Drink: rose water.