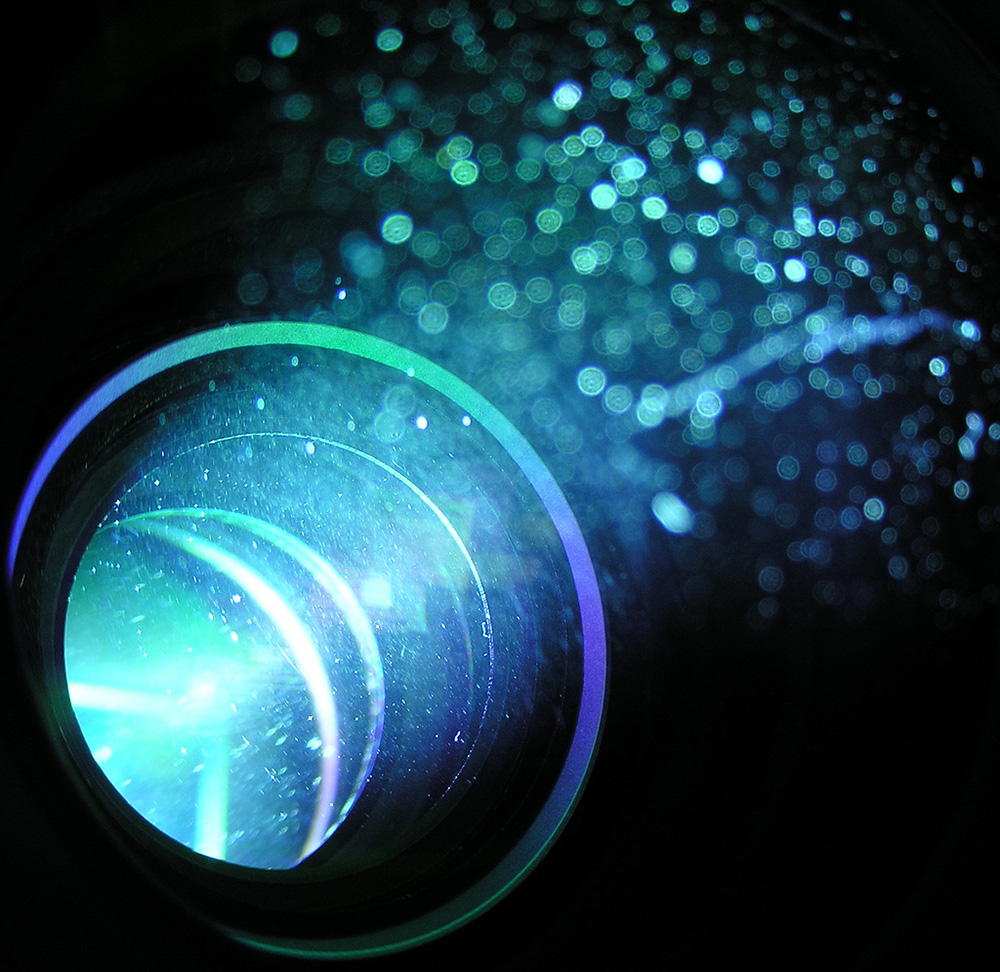 Eddie Salvador drove from the south side of the city to meet with the men who made exploitation films. There was a group of fifteen or twenty of them, mostly male, aged twenty-six to over sixty. Eddie was new to the group. He worked part-time for a recycling scrap metal dealer on the west side of town, so he wouldn’t be able to make all the meetings, depending on his work hours. The group told him they had originally started meeting as a small gathering to watch and discuss the short flicks they had made. At twenty-six, Eddie was the youngest member. The oldest was Dr. Richard Swaggert, a retired professor in the film studies department at Thom Yorke College. Ross Bryant was Head of the Criminal Justice Department at Thom Yorke. Lou Jones, AKA Lou Strepp, was on disability for Post-Traumatic Stress Disorder from the Vietnam War and had gone through a number of reconstructive facial surgeries. But most of the other men were younger, like Stan Tanasco, who drove a delivery truck for a wholesale candy distributor, and so on. Eddie had met them all on a local adult website that listed short film clips by category: porn, snuff, animal, mutilation, grindhouse, etc.

They met each week at Swaggert’s house in the historic Pine Hills neighborhood near Thom Yorke College, where they watched typical grindhouse movies, slasher/horror movies, rape movies, monster movies, cannibalism movies. They shared short clips they had filmed with their digital cameras and phones. At one of the meetings Swaggert had told Eddie he’d organized the group after his third wife left him, claiming he was addicted to pornography. Swaggert went through what he called a ‘mental collapse.’ He became addicted to Lortab pills, and self-medicated to the point of a suicide attempt. He’d overdosed on Lortabs, and landed in the psych ward at Bellevue Hospital in downtown Oil City. Once he began twice-a-week counseling he recognized a need for community, and instead of enrolling in a twelve-step program he decided to form a group based on his passion for raw, exploitation films. ‘I became very lonely,’ he told Eddie. ‘I can find comfort in the company of guys like us who love films.’

At his first meeting, Eddie liked the idea of what was going on. Get everyone together, have some beers, talk about movies. Films over the edge. Whenever Swaggert addressed the group he always toasted the art of film: ‘By nature we’re beasts,’ he said. ‘We’re born to watch flesh, interested in others’ private lives, interested in fucking, in ogling, in replica. Everybody has a front they’re trying to impose onto others. Walk out on Hollywood Boulevard or Las Vegas Boulevard or Times Square any day and you’ll find a faux Elvis Presley, a faux Marilyn Monroe, a faux Michael Jackson, a faux Johnny Depp.’

Eddie thought Swaggert looked a little like Hugh Hefner. Swaggert genuinely welcomed his guests into his home and liked to eat tapioca pudding during the films. He sometimes wore monogrammed slippers and a smoking jacket.

Eddie arrived at Swaggert’s house and found his way to the back room. Swaggert was talking to a couple of new guys. ‘These days I teach a class at the Y on interpretive stance,’ he was saying. ‘By stance I mean posture, how we stand or slouch. It’s about how we interpret others’ posture and our own. It’s about learning to form new ways of standing to achieve a specific goal. Posture and stance. For instance, if you want to appear masculine, you should stand a certain way. If you want to let others know you’re available, you should slouch a certain way. It’s about interpreting body language. Stance. Why we cross our arms and our legs. Why we gesture, shrug, stretch, twitch, slump shoulders, lean against walls. The art of posture and stance—can you imagine? Look closely at the way people stand and you’ll figure out what they want or, at the very least, how they want to appear. We practice in an open room. I take photographs and we look at them on the projector. Most of my students are men.’

A half-blind man named Mort showed up with his service dog. Mort was a longtime friend of Swaggert’s who openly admitted to being in recovery for gambling addiction. He’d apparently lost a great deal of money on sports betting, but nobody was sure how much. He lived alone and was legally blind, hence the service dog, though Swaggert told Eddie he could make out the shapes of certain faces, colors, the size of objects. He’d lost much of his eyesight due to taking a street drug called Benedict Arnold, which he’d become addicted to when he was still gambling, and attended A.A. and N.A. meetings regularly. Mort was less interested in watching the films as he was in developing a community, friendship, listening to what others had to say. The drug had affected his speech—he tended to mumble slowly. The right side of his face hung there like loose, numb skin, the corner of his mouth drooped down. His right eye was slightly lower than his left eye. The service dog was a German Shepherd named Mao, with a fondness for certain human scents.

‘Mao loves the smell of a locker room,’ Mort mumbled, reaching his hand down and feeling for the dog’s snout. ‘I can’t have him neutered just yet. I like his energy. You can imagine what I go through on days I ride the stationary bike at the gym. All those smells of sweat and flesh and pussy.’

You can imagine what I go through on days I ride the stationary bike at the gym. All those smells of sweat and flesh and pussy.

Opening a can of diet soda, Tanasco told Eddie he was the most knowledgeable of the group in terms of technology and computers. He uploaded the films, copied and transferred files, and ran the projector for the weekly viewing. He did the online community discussion with viewers as well. Tanasco had lost most of his teeth. He wore loose-fitting Hawaiian shirts and every so often applied a cream to his arms and chest to control his seborrheic dermatitis, which made Eddie uncomfortable, seeing smudges of white cream on his neck and hands and arms. Tanasco was jittery as a coke-head but rarely drank with the others, always claiming he was trying to be better to himself.

Eddie had seen the list of flicks Tanasco had uploaded to the GrindTube server online by various members, which included the following clips:

Larry, 24 minutes, 35 mm, Payne. A devout Mennonite comes to terms with being sexually aroused by a man dressed as Ludwig van Beethoven.

The Woman in the Attic, 11 minutes, Bryant. A mentally challenged woman with a paralyzing fear of birds is locked in an attic with two live sparrows that fly frantically around her.

The Suburbs, 43 minutes, Klitz. In a collective attempt to understand their son’s cross-dressing, a couple discovers their own sexual fetish involving human feces.

Ye Olde Rotten Tooth, 8 minutes, Tanasco. A man dressed as a pirate extracts his own tooth with a bottle cap and a spoon.

Shadows on the Wall, 23 minutes, 35 mm, Payne. A severely depressed, paraplegic war veteran stares at the wall as his wife has loud and violent sex with numerous men in the next room.

The Rabblers, 63 minutes, Swaggert. A group of men compare notes and discuss the emergent phenomenon of a new underground drug, taken intravenously, to treat psychic and somatic anxiety disorders by affecting the speech.

Tanasco checked the GrindTube statistics daily and claimed that, judging from the comments, viewers wanted more. To push it deeper, further. Be more creative. Be more disturbing. Stan Tanasco told Eddie and everyone else he agreed, and that he wanted to make more films. Tanasco was forty-three but looked older. He was husky and balding and smoked Marlboro Reds. Swaggert wouldn’t let him smoke in the house, so periodically throughout the showing of the films, Tanasco stepped outside to the patio to smoke one or two quick cigarettes. Tanasco and Eddie preferred the slasher, horror schlock or drug films from the 1960s; the older men preferred the snuff or exploitive porno stuff.

One Friday evening, after watching a film called The Tramp Must Die, a low-budget slasher film set in the silent film era about a Chaplin look-a-like who works as Charlie Chaplin’s stunt double but discovers he has a doppelganger who wants to kill him and steal his job, Swaggert announced that a few weeks earlier he’d read in the in L.A. Times and in a Hollywood arts newspaper that one of Charlie Chaplin’s living relatives was in possession of never-before-seen, private films starring Chaplin himself.

‘What sort of films?’ one of the men asked. ‘Home movies? Behind the scenes footage on movie sets?’

‘This is a real discovery,’ Swaggert said. ‘It’s an opportunity for us. These are sex films but they also might include Chaplin lounging around his Hollywood and Switzerland homes. Chaplin at his most relaxed. Playing tennis with Douglas Fairbanks. Sitting on his veranda, smoking. Sipping scotch. Fucking like a gorilla. Reels of him smoking, laughing, fucking.’

‘Or Chaplin behind the camera, filming naked bodies. Chaplin loved to film and compose with the camera as much as he loved to act. A woman’s face. A man pulling off his shirt. Another man naked. A sunlit room in perfect black and white.’

‘There’s no possible way they could’ve survived this long without leaking to the public. Impossible.’

‘Not impossible if it was in the possession of a close family member,’ Ross said. ‘They were given to Caspar Fixx, who handed them off to a relative of Chaplin’s here in Texas.’

‘Silent films,’ Swaggert said. ‘An anonymous woman undressing. A man unbuttoning his pants. Another man on the bed. Sunlight streaming in through the window.’

‘An unfinished masterpiece. The Hollywood mansion. The rough cut.’

‘He was married four times,’ Swaggert said. ‘He had lovers. He loved women and sex. He was one of the greatest geniuses of comedy, an icon of cinema. A man who loved young women. A man who fathered children when he was in his seventies.’

‘So Caspar Fixx gave the films to one of Chaplin’s relatives? He could be anywhere.’

‘We already know there’s a Chaplin living in Oil City,’ Ross Bryant said. ‘He’s a middle school guidance counselor. An imposter. And there might be others in on it, too. People like Senator Bowery. The mayor. The chief of police. People know about this film being here.’

Swaggert spoke up. ‘Ross and I have talked at great length about this already. This Chaplin imposter is a serious man. Some unknown relative of the world’s most famous actor. Someone paid to live in the middle of nowhere.’

‘And keep his name?’ one of the men asked. ‘Doesn’t make a bit of fucking sense to me. The first thing I’d do is change my name.’

‘My wife knows him,’ Ross said. ‘She knows him well. We have an open relationship sexually. You know what I mean. Swaggert and I have been watching him for a few weeks now. He’s an odd fellow, no doubt.’

‘He’s right,’ Swaggert said. ‘We think he might be the one.’

PrevPreviousThat New New In Lit: September
NextBan(ne)d Book Club: Shellshag on Chelsea Martin’s “At The End of This Story The Door Will Open…”Next