Did Norman Mailer really say that to James Frey? 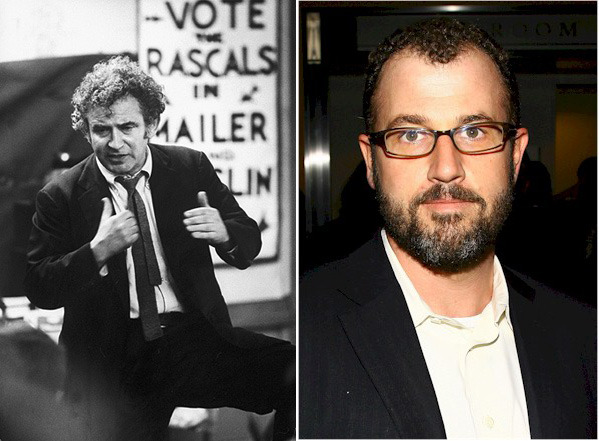 It's all hitting the fan again for James Frey today. It's come to light what a ruthless mastermind Frey really is, churning out alien-themed YA novels in some type of MFA-robbing fiction factory. He's changing themes, symbols and ideas for the likes of… Hollywood, that evil three-headed monster that literary publishers openly loathe, but secretly rely on. Called Full Fathom Five, he wants writers to pitch him serialized novels that he will then nurture towards Hollywood greatness, all for a pittance and promises of riches from royalties. He wants to replace Harry Potter and vampires, as written in NY Mag:

Frey believed that Harry Potter and the Twilight
series had awakened a ravenous market of readers and were leaving a
substantial gap in their wake. He wanted to be the one to fill it. There
had already been wizards, vampires, and werewolves. Aliens, Frey
predicted, would be next.

All of that is interesting and good. Go knock down the Twilight and Harry Potter behemoths James Frey. But what rocked me the most was this quote from Frey about Mailer:

Frey said Mailer even told him, right before he died, “You’re the next one of us.” (NY Mag)

Holy Patchouli Batman! James Frey?!? Sure, Norman Mailer did some great stuff–Executioner's Song, Armies of The Night and I have a copy of Advertisements for Myself on my bookshelf. And Mailer was one of the best cantankerous rabblerousers… all of which is starting to sound like James Frey.

Only problem is, Mailer could write like the Dickens most of the time–his knack for time and place in those stories, with a great wandering but intense style is intoxicating. Also, Mailer was known for his IDEAS in addition to his controversy–he tackled the crazy political notions of the day, even once daring to run for mayor of New York City. All of this holds more weight than anything Frey has done so far. Sure it all could have been a stunt by Mailer and most of the time he was very self-serving, but it was cloaked in some greater notion, whether it be exploring the Vietnam War, the death penalty or politics in general.

Frey has yet to do any of that stuff, and in his one moment, his time to forcefully declare to the literary world that memoir/fiction–it's all the same, kind of sort of like Armies of the Night–Frey cried and reddened and sucked up to Oprah and threw no noble tantrums. I don't think Mailer would have caved, he would have explained his position and poked fun at Oprah someway as well.

If Frey wants to be in the same vein as Mailer, he still has a way to go, even if Mailer himself didn't realize that.

PrevPreviousQuick Questions with Adam Langer, author of Thieves of Manhattan
NextJonathan Safran Foer is into cuttingNext