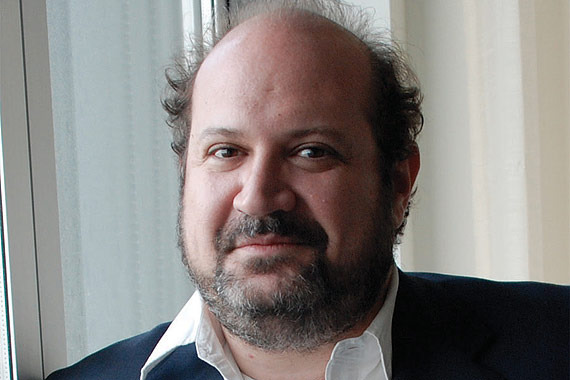 Stephen Elliott, author of The Adderall Diaries and founder of The Rumpus, wrote this in an email about Sam Lipsyte's The Subject Steve:

“I used to think that Sam Lipsyte was an underappreciated genius but
now I've met so many people who appreciate him, for whom he is their
favorite writer, that I'm not so sure. I picked up The Subject Steve
randomly at Modern Times bookstore in San Francisco. It might be the
funniest book I ever read. I had never heard of Sam. I had never heard
of anyone, really. I was very much outside the loop, outside every
possible loop. Now I know what everybody is talking about because I
have a twitter account, but this was before all that. Later I found out
that the book was published on 9/11/01 and that had impacted sales and
it had taken a very long time to publish Homeland as a result, because,
you know, big publishing houses are stupid places filled with some
brilliant and wonderful people held helpless against marketeers and
MBAs and number crunchers. But Lipsyte is the literary success story of
the decade. He's come back from everything. He's the most appreciated
writer I know.”

By now, everyone knows Sam Lipsyte. His new book, The Ask, is about the mediocre Milo Burke and the mediocre college he works for. Milo must ask an old college friend for a donation, but of course nothing works to Milo's advantage. Instead he ends up in conversations about the merits of a death row cooking show and he wonders how so many cages end up in Brooklyn apartments.

Sam answers a few questions below.

A lot of people talk about how funny your
books are and the lack of funny books. Which got me thinking, is it hard to be
a funny novelist? Have all the funny writers been picked up for television and
movies by Judd Apatow?

Lipsyte: I write the way I write so I’m not sure if
it’s harder than the way other people go about things. There's definitely a lot
of labor involved in making something funny on the page. All you have is language,
syntax. You have nobody’s hilarious eyebrows or colorful underpants to help
your cause. Most of the work and the pleasure happen inside the sentences. It’s
the same for all good fiction, whether it’s comic or not. I’m sure a lot of
talented and funny people write for movies and television, but I’m not sure
they are the novel’s great loss. I imagine they are the people who wrote for
movies in the past, or radio, or for the stage. These days people generally
look to books for stories about vampires. But I have noticed a small but
intense renewal of interest among real readers for fiction that can be deep and
poignant and savagely funny as well.

Speaking of humor and television, I’m
thoroughly convinced the last meal reality show is a great idea and that there
are cage covens in Brooklyn. Is there a trick
you've learned to make the absurd realistic and convincing?

In the novel, it seems like the desire for sex
and food has been switched, where food is so provocative to Milo
but sexual acts are kind of blasé. What correlation between the two were you
trying to make?

A big focus of the book is obviously “daddy issues.” How and why did this topic crystallize for you and these
characters?

The “daddy issues” commenced with my first
issue, I guess. I have two kids now. I was eager to explore some of the anxiety
and ambivalence, stuff people half-acknowledge and also talk around. But the
idea of fatherhood began to resonate through the book as I wrote it,
beyond the immediate experience of being a father of young children to
the notion of what we are begetting and bequeathing in general. Some of these
characters, the ones who long ago might have been pigeon-holed as slackers,
dotcommers, indie rockers, hipsters, what have you, the ones who lived in
a kind of suspended youth through the nineties, they are old enough to be
the mothers and fathers of the soldiers in our current wars. That struck
me, and these possibilities also play out in the novel. The shift from thinking
of yourself as somebody’s child to thinking of yourself as somebody’s father or
mother is seismic. And the shifts in our culture in the last twenty years have
been seismic too.