That New New In Lit: February 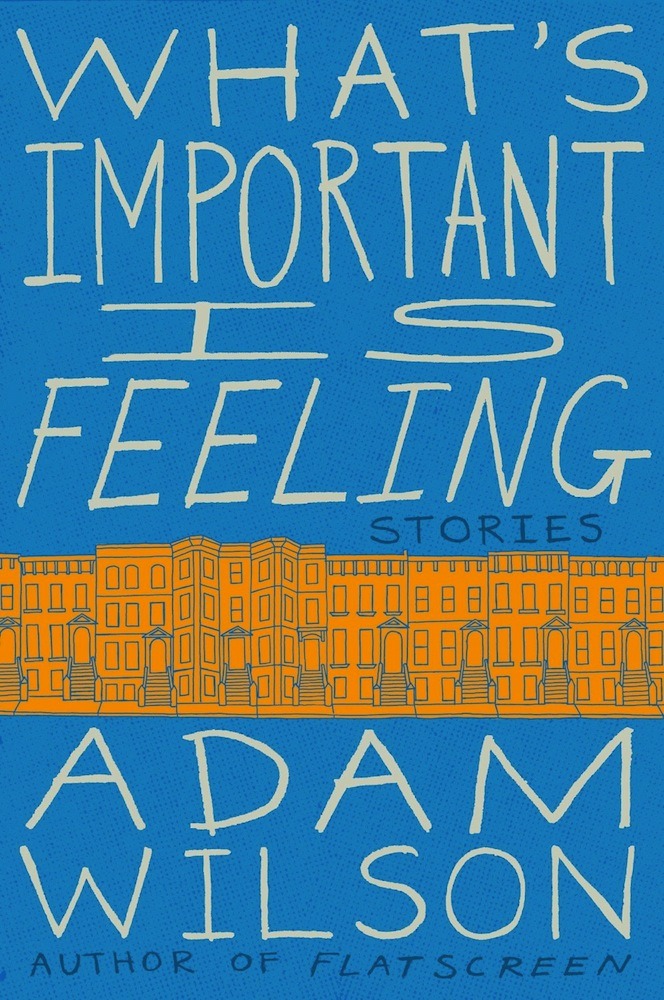 February, a bleak month, brief on paper only, was especially fraught this time around, in no small part because of extreme weather. Letters of Note, an online publication dedicated to epistolary genius of yore, recently published a letter Kurt Vonnegut wrote in 1988 to the hypothetical citizens of Earth, circa 2088 AD; Vonnegut, professor of the bigger picture, said, “. . . the most paralyzing news was that nature was no conservationist. It needed no help from us in taking the planet apart and putting it back together some different way, not necessarily improving it from the viewpoint of living things.” Vonnegut's wisdom and prescience are no surprise, and the letter is funny, too, in an anger-fueled way. “Stop thinking your grandchildren will be OK no matter how wasteful or destructive you may be,” writes Vonnegut, “since they can go to a nice new planet on a spaceship. This is really mean, and stupid.”

What better way to get your mind off impending disaster than some high-quality science fiction? Adrian Van Young's “The Skin Thing” saw publication at Electric Literature's Recommended Reading this past month; it's a thrilling story about the unlucky denizens of a planet named Oblivia. On Oblivia the soil is so second-rate that only onions will grow in it, and a terrible, hulking beast—the eponymous Skin Thing—preys on the malnourished populace. “It was the height of foursome men,” writes Van Young, “and its body behind was a languishing tube, and its head, although eyeless, was snouted, with nostrils that sucked and blew as it grew near.” It's a highly readable short in a classical mode (think Le Guin or Poe), and probably won't get your mind off environmental disaster at all (we lied!), since it is in large part about environmental disaster. Van Young's first collection, The Man Who Noticed Everything, came out about a year ago on Black Lawrence Press. Adam Robinson wrote a nice review of it at HTML Giant, and Lincoln Michel interviewed Van Young for The Rumpus.

If sci-fi isn't your thing (although it could be, and you just don't know it yet!), try Ottessa Moshfegh's story “A Dark and Winding Road,” in the current issue of The Paris Review, number 207. Distinctly un-sci-fi, Moshfegh's writing is often about the painfully, absurdly real; in “A Dark and Winding Road,” a man sojourns in his parents' mountain cabin, where he finds a dildo. Mosfegh's blunt portrayals of human ugliness are masterful. She follows Vonnegut's roadmap; in the Foreword to the late author's collection of previously unpublished short fiction, Look At The Birdie (Delacorte Press, 2009), Sidney Offit quotes him: “Every scene, every dialogue should advance the narrative and then if possible there should be a surprise ending.” Many of Moshfegh's stories, present company included, feature a surprise—or at least surprising—ending. According to this tweet, Fence Books will publish Moshfegh's novel, McGlue, in the fall of 2014.

In that same issue of The Paris Review is a story called “Magic and Dread,” by Jenny Offill. Offill's story is about motherhood, and her character isn't so much a bad mother as a tortured one: “People keep telling me to do yoga. I tried it once at the place down the street. The only part I liked was the part at the end when the teacher covered you with a blanket and you got to pretend you were dead for ten minutes.” “Magic and Dread” is a series of paragraph-long sections, observational humor and discursive asides that add up into a plot. It's very well done, and also highly reminiscent of Mary Robison's completely magical 2001 novel Why Did I Ever, which is also a series of paragraph-long sections. According to an interview in BOMB, Robison wrote her novel on index cards, and compiled them in a binder.

Writing your novel on index cards and compiling them in a binder is sort of like tweeting, if the index cards and binder were infinite. And thus the problem with Twitter: there's too much of it! Let us guide you. Check out poet Melissa Broder's feed; Flavorwire writer Jason Diamond recently dubbed Broder “Twitter's Most Fascinating Poet.” Diamond notes that the line between her tweets and poetry is often blurred, the tone often indistinguishable. Meaning that Broder's tweets are poetry, which is often the truth. “do one thing everyday that scares everyone,” she writes, or “got friendzoned by a hallucination”. Broder's latest collection of poetry, Scarecrone, is out now from Publishing Genius. Try it before you buy it at Illuminati Girl Gang.

Publishing Genius's Adam Robinson outlines the Scarecrone publishing saga here, and for those of you interested in the inner-workings of indie publishing, it's a worth-it read.

Another line-blurring Twitter feed belongs to Teju Cole, novelist and current Distinguished Writer in Residence at Bard College. Cole recently enlisted a handful of his followers to Tweet a short short, titled “Hafiz,” and The New York Times Magazine's blog, The Sixth Floor, compiled the tweets in order. They also spoke to Cole, who said, “'Hafiz was a small attempt to put a number of people into a collaborative situation, to create a 'we' out of a story I might simply have published in the conventional way.”

The elephant in the room of this post is the AWP conference, which, from our Eastern vantage, happened 3,000 miles away, in Seattle, Washington, from February 26th to March 1st. AWP stands for Association of Writers and Writing Programs, and it was established in 1967 by a group of writers from burgeoning creative writing programs who “sought to support the growing presence of literary writers in higher education.” Each year, AWP hosts a very peopled and lively conference in a different American city, and this year seemed to be the most peopled and lively of all, or so we gathered from the many attendants with cameras in their phones.

But be here now! Be a little in the future, too! Fiction writer Adam Wilson wrote a collection of stories called What's Important Is Feeling, and the release party is this Thursday, March 6th at Brooklyn's BookCourt. Here's the title, synopsized: “two film school buddies working on a doomed project are left sizing up their own talent, hoping to come out on top—but fearing they won't.”

And the next day, Friday, March 7th, go to the Emerging Writer's Series at the renowned and moodily lit KGB Bar, where the much lauded Ben Marcus will headline (perhaps reading from his recent collection, Leaving The Sea). Also reading will be NYU Creative Writing Program graduate students Ren Khodzhayev, Edwin Aponte, Allyson Paty, and Victoria Kornick.