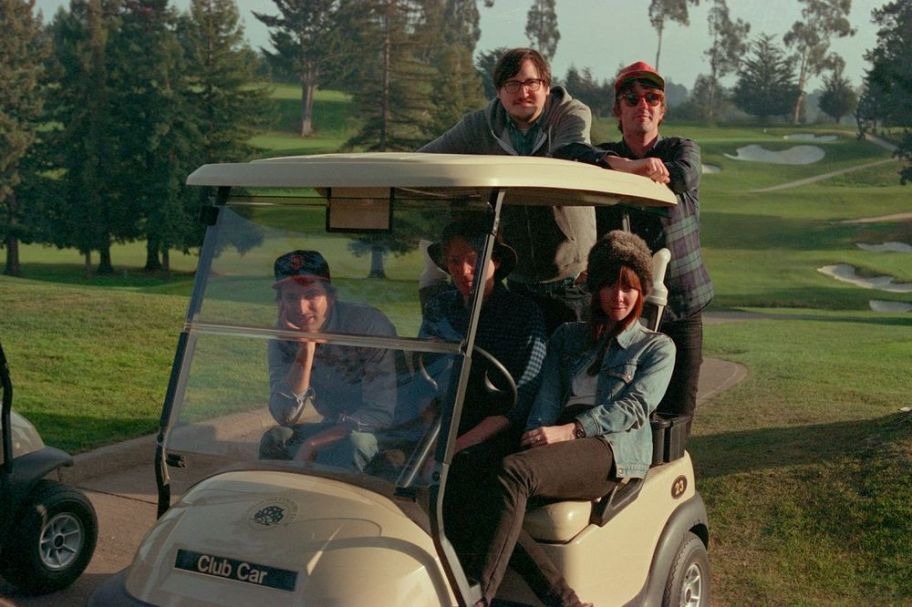 The Bay Area is a veritable exposition of class struggle and economic disparity. The tech industry is a major culprit with its skin deep libertarian rhetoric and blind faith in the global transformative potential of scalable technology. Meanwhile, the unsustainable housing costs and up-scale service industry growing to serve techies locally is displacing citizens and replacing long-standing cultural institutions. For readers living elsewhere, the phenomenon has been extensively reported on lately by Rebecca Solnit at Salon, George Packer in the New Yorker and Ellen Cushing at the East Bay Express. The atmosphere in the Bay Area is tense. These are issues we squabble about daily.

While this scenario may or may not be at the heart of San Francisco song-writer Michael Beach’s dream, his recurring subconscious fit of claustrophobia and vertigo certainly indicates anxiety. For Jeffrey Harland, front-man of Oakland’s wonderfully restrained pop group Legs, class struggle is the source of Beach’s tension. As is often the case with this column, Harland’s interpretation reveals more about him than Beach. Harland examines the potential of Beach’s dream to indicate anxiety of over limited or backsliding social mobility, but ponders whether Beach is in fact an exploitative capitalist racked by guilt. It could the 7-11 food.

Ultimately, Beach is racked by anxiety and Harland is acutely aware of class struggle, finding its machinations everywhere and perceiving its traps even in the midst of dreams. Call this the Bay Area edition.

This is a reoccurring dream I had as a child and young adult. Every few years I have the same dream again, but it comes with much less regularity these days. The details were blurry to begin with, and are much more so now, but the impression remains as vivid as the first time I experienced it. I am in a room with no walls, no floor, and no ceiling. It feels simultaneously claustrophobic and infinitely vast. There is nothing in the room, and the surroundings resemble television static. I see myself from far away—high up at an angle. There is an immediate and rapidly increasing rush in which I seem to get closer to myself, but also further away, similar to a ‘vertigo zoom.’ I hear white noise that starts softly and quickly builds to a roar. The sonic and visual sensations intensify to a level beyond what my body can tolerate, creating a feeling of terror mixed with exhilaration. They swell exponentially. I wake up.

Once in a while I’ll have a similar dream. It’s usually associated with drinking alcohol and eating a generously portioned bean and cheese burrito from 7-11. On the other hand, this dream could be rooted in class anxiety and might express the dreamer’s deep concern over their economic future under capitalism. Because of the dream's regular occurrence, it’s likely triggered by financial crises and the social conflicts that emerge from sliding down the class hierarchy. Floating alone in space and without a point of reference could symbolize the dreamer’s misidentification with bourgeois culture and this existential error is manifested through their feelings of alienation and terror. The intense sonic and visual bombardment could mean that, on a subconscious level, a kernel of class consciousness is developing and that the dreamer has the potential to identify with working-class struggles. Otherwise the dreamer may actually be a member of the ruling classes, perhaps the nouveau riche, and reaps benefits of capitalist exploitation and oppression. If this is the case the dream most certainly symbolizes an acknowledgement of their crimes and the acute anxiety of keeping track of one’s head. If not, the dream is likely the result of an over consumption of alcohol and dairy.

Michael Beach's Golden Theft is out on Twin Lakes Records. Leg's Pass The Ringo is out on Loglady Records.