Pigeon John's new album Dragon Slayer has nothing to do with RPG games. 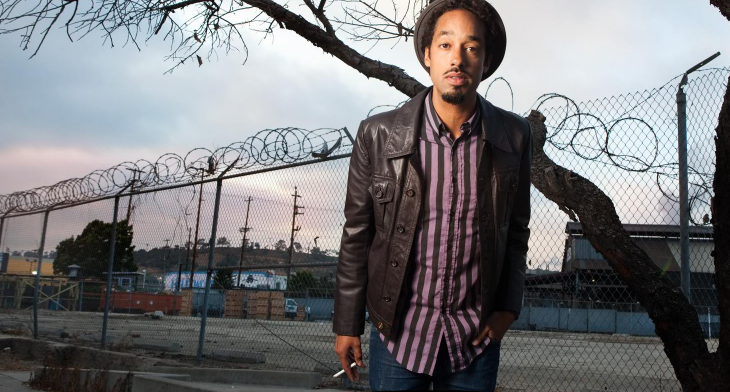 Pigeon John has recently released his first album in four years, Dragon Slayer on Quannum Projects and is off on a national tour in support of DJ Shadow.

Heard a rumor that PJ is selling Jettas too, with his track “The Bomb” being used in a recent Volkswagen commercial.

Who knew that car commercials would fill the artist revenue void in an iTunes world increasingly devoid of physical record stores? Maybe PJ did.

Pigeon John spoke to us briefly at the beginning of his Dragon Slayer promotional tour and provided an elaborate preview of how he sets up the Pigeon John experience.

How was the Café Du Nord show here in SF?

It was cool, very classy; I loved the whole basement element.

Your name appears on all your previous albums; Pigeon John is Clueless (2002), Pigeon John Is Dating Your Sister (2003), Pigeon John Sings The Blues (2005), and Pigeon John and the Summertime Pool Party (2006). Why not on Dragon Slayer?

Well I figured they knew the name this time around so we kept it at Dragon Slayer.

What do you remember most about moving from your Nebraska birthplace to LA?

Mmmm, listening to N.W.A., it shook up my whole world.

Tell me about how you started making music.

Well in the early 90s I was putting out demos and I got signed to Quannum Projects in '98.

What were you listening to at the time?

You have an array of eclectic styles and some big sounds, what influences your music?

People like Brian Wilson, I mean he would mix a lot of different emotions and things that he was able to tell in the music. He really did things that people had never done before in pop.

Like the reflective and sentimental “I Just Wasn’t Made for These Times” where he sings “Every time I get the inspiration to go change things around no one wants to help me look for places where new things might be found.”

Yeah, then Beatles are another one too.

I can hear some of that Beatles piano in “Buttersoft Seats” and “Dude it’s On.”

There’s a bit of everything in there.

No kidding, some critics rank you amid the likes of Andre 3000.

[Critics] are really saying that? Wow.

How do you set up your performances on the road?

It's like this, DJ Abilities gets the crowd started, then the lights go out! [The setup gets more dramatic as PJ imitates a dramatic organ sound effect] Then it's lights up and we rock 'em!