The Internet has not solved the music industry 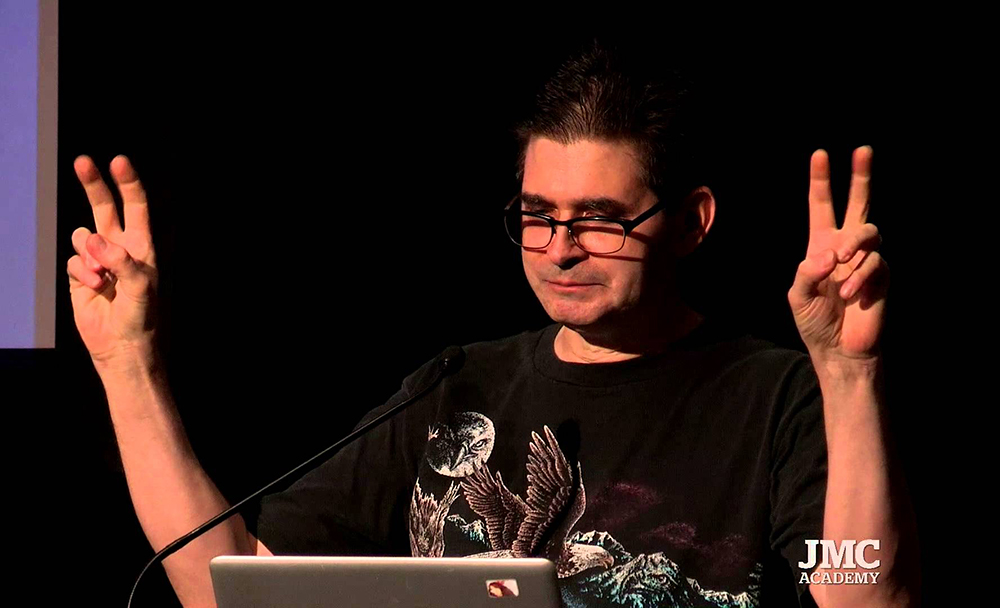 Before I begin I think I should explain a few things about myself. I am 30 years old, have played in bands continuously, and been active in the music scene in one way or another since 1998. I own and operate an independent record label. I work every day with music and with bands and I have for more than 10 years. I’ve released roughly 80 records independently including some recorded by you in your studio. I consider you both a role model and an ally and I am writing to offer you a different perspective on the music industry as it looks today.

While the clickbait-headlines that accompanied your words are no fault of your own, the notion the music industry’s problems you vocalized so well in 1993 have been “solved” is a dangerous one. If you’re suggesting that the Internet has “fixed” things, as laid out in your keynote address at the Face The Music conference in Melbourne, my question to you is: who has it been fixed for?

Your address seems to be based on the premise that the Internet creates a level playing field between big and small; independent and big three. While this might have been true in the early MySpace and Pirate Bay days, the Internet has since become a swift and efficient machine for crowding out small and independent outlets. Like terrestrial radio in your day, the reality of a crowd-sourced streaming landscape only provides a direct pipeline to pump whatever garbage the major labels want to shove at listeners.

The fact that you actually mentioned YouTube, Soundcloud, Twitter, Instagram, and (while not by name) Spotify as solutions to the ‘problem of music’ is moronic. That would be like saying the Virgin Megastore was the savior of music in 1993 because you could find Killdozer and Fugazi records there. The Virgin Megastore may have actually been better though, because money from the sale of an independent record within its walls would eventually go to the label that released it. But while so much attention is given to how little money Spotify pays out, almost no one seems to notice the disgusting manner in which it is divided. On Spotify, every time someone listens to Shellac a portion of that money goes to support all of the major labels and bands that your band stands against. Would a 1993 Bikini Kill be OK with knowing streams of their songs on Spotify mean more money for Chris Brown’s label?

To make matters worse, independent artists and labels have lost much of the leverage they once had due to technological barriers.   Unlike the big three-controlled and gamed chain retail of the ’90s, the barriers to starting an alternative to Spotify are astronomical. In ’93, anyone with a passion for truly independent music could provide an alternative by starting their own record store, label, or distro. So where are today’s indie Facebooks, Twitters, Spotifys or YouTubes? The promise of a level playing field was an empty one. The “alternative” you describe in your keynote is one which relies more-heavily on these mega-corporations—most of which are owned by, or have favorable deals in place with, the major labels.

In the 2014 Internet era, what people see online is decided by algorithms that replace what we actually want to see with whoever spends the most money to fill our Facebook feed, our Pandora stations, or our Spotify playlists. I believe in your day they called this sort of promotion “pay-for-play.” There is no John Peel in this new musical landscape. He has been replaced by Pandora algorithms with results sold to the highest bidder (and that is really depressing). I would have never found Shellac in today’s musical landscape they way I did when I was 15. If something about my lifestyle indicated that I might like a band like Shellac, I would be re-routed toward the garbage corporate version of Shellac.

Oh, and where do you think those 1990’s A+R middle-men are today? Working as a different kind of middle-man for Spotify, Beats, YouTube, eMusic, etc. Further, the shrinking of middle-men on the label side has simply expanded the power of industry positions which historically have reputations for less-than-pure intentions: the managers, the publicists, the promoters, the booking agents. While labels invest money in bands, these positions exist by taking a cut from band’s profits, so by the transient nature of economics, these people are forced to work with those offering the most money. Booking an artist at a corporately run venue or on a sponsored festival means clauses refraining them from playing smaller independent shows in the same region. Coverage in a major media outlet often means promising exclusivity, which then cuts out the independent outlets. These clauses and promises of exclusivity used to only be for major labels, now everyone is forced to play by these rules. People forget that only a few short years ago, the most popular bands on the Internet didn’t need booking agents and publicists to reach their audience. It’s no coincidence that now they “do” while we eulogize the loss of DIY venues across the country.

Today’s label owners, managers, and booking agents can be closer to investment bankers than people looking to support artists. It is a revolving door of agents and labels latching onto young bands long before they are needed and dumping them as soon as the bands fall out of favor. It’s not unlike Michael Milkin’s junk bond strategy; take 10 bands and throw a bunch of money at them and one will likely take off and cover for the failures of the others, which are then discarded. If this sounds familiar, it’s because it’s pretty much the same business model as described in your original criticism I found inspirational enough to basically dedicate my life trying to correct.

I would have never found Shellac in today’s musical landscape they way I did when I was 15. If something about my lifestyle indicated that I might like a band like Shellac, I would be re-routed toward the garbage corporate version of Shellac.

Except now, instead of just master recording contracts, bands have to worry about navigating the world of “360 deals.” As you correctly point out in your keynote speech, independent bands are making more money from touring and licensing than they are through traditional record sales, which has in-turn seen labels ask for cuts of all revenue streams, including the ever-sacred publishing and intellectual property. This new business model is closer to indentured servitude than a partnership. And God forbid your band is not “on brand.”

I should also be clear this isn’t an issue of independent labels like Don Giovanni trying to maximize profits or worrying about dollars left on the table. This is about trying to achieve a system that allows for any alternative whatsoever. The system in place in the ’90s might have screwed over artists who wanted to be on major labels and fans who wanted to listen to them, but bands like Shellac and labels like Touch and Go could thrive without having to interact with that world. Today, artists have to struggle, often to the point of suffocation, in order to survive without having to give up their independence. Eschewing corporate streaming outlets and avoiding corporately sponsored festivals is basically a death-sentence for today’s recording artist. If a system forces you choose between worse and worser, are you really making a choice?

The great leveling agent that is the Internet you describe might have been true at some brief point within the last decade, but it has been slowly diluted and capitalized the same way your generation saw the promise of the early ’90s end with the misogyny of Limp Bizkit and ICP.

For a fan, there is even less hope of discovering alternative music in this new digital landscape because it also doesn’t allow for alternative journalists. The pre-Internet era allowed for Maximum RockNRoll, for Punk Planet, Trouser Press, and fanzines like Touch and Go all across the country. MRR survives today much like Shellac due to what was built up during the pre-Internet era, but where are these news voices today? On Yahoo’s Tumblr supported by ads for corporate music and corporate culture; on Facebook where their posts aren’t seen unless they want to pay more than a wealthier voice for that space in someone’s newsfeed; co-opted by larger interests like Buzz media; or writing for music websites that are owned by the streaming services themselves.

Like you Steve, I too welcome the social and technological changes that have influenced the music industry, and I am proud to know I am part of a resilient and welcoming community like the one you’ve so successfully navigated for the past three decades. But sadly, changes in technology have only caused changes in the symptoms.

For people like yourself who built your social networks and musical listening habits pre-Internet, this new era might seem like one filled with unprecedented freedom to the alternative. But through the use of technological barriers and the threat of a “neutral Internet,” it is actually becoming a homogeneous world with few alternatives. And it’s these same tools which prevent people from growing up to become a person like you. Now, maybe more than ever, we need our Steve Albinis and John Peels.

The unfortunate reality is that the Internet offers an alternative the way McDonald’s offers healthy food options. The addition of a salad to their menu does not solve the problem of the American food system because the amount of choices was never the issue. The issue is, and has always been, who offers the choices.

We shouldn’t be fixing the music industry. We should be breaking it over and over again.