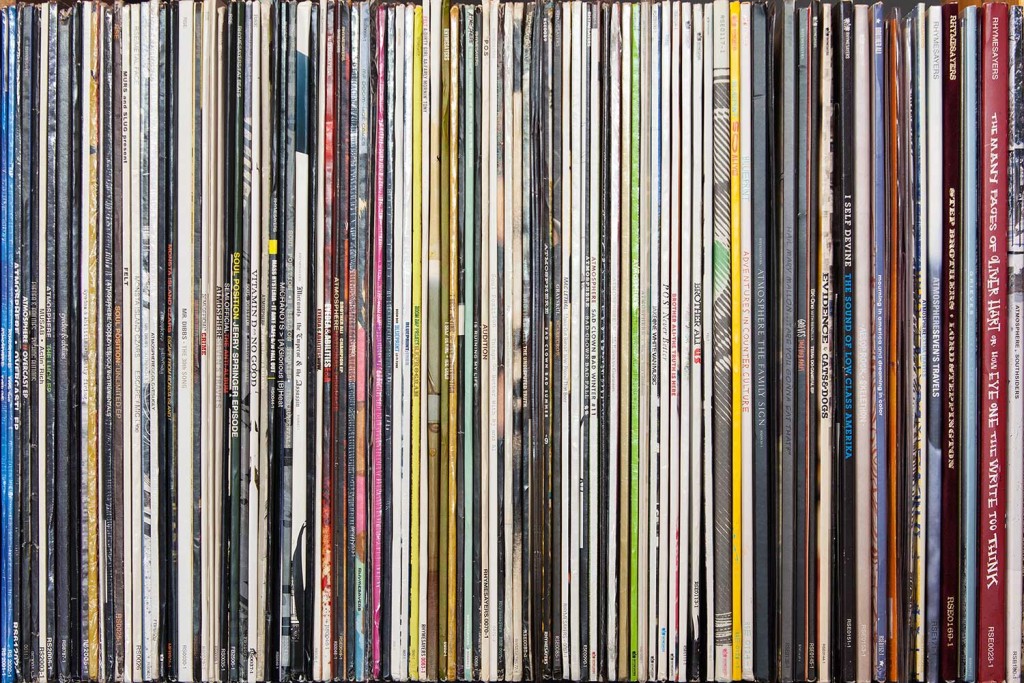 2015 was truly a hell of a year for independent music, as compiling this list of the labels who worked so hard to put out the music we loved this year reminded us. The labels here range from tiny operations where the label owner still mails everything by hand to bigger outfits whose names have made significant marks on the history of independent music, but they all have two things in common: they’re putting out music that makes us sit up and take notice, and they’re making their own rules. The “industry” may be nuclear-winter style bleak, but these labels remind us why we do what we do.

The Best Labels of 2015, in no particular order:

The tastemaker punk label from London continued, this year, to put out only fine, uncompromising records that pushed hardcore forward rather than resting in the shallow trenches dug by bands that came before, refusing to sail on the sad, puttering steam of nostalgia. With affordable prices (especially for their digital releases, which are often pay what-you-wish) and generally excellent graphic design, they have contemporary punk aesthetics on lock.

Speaking of hardcore gold standards, Iron Lung is as trusted a name in heavy and harsh as one can get, and one has just to scan through their back catalog to see how they got there. This year’s releases were no exception, particularly toward the end of the year. It’s important to remember, though, that Iron Lung is just as selective and thoughtful about their picks that fall outside of hardcore aesthetics (but, we think, are still extraordinarily punk in ethos and design); see the perfectly bent pop of Oakland’s Flesh World and the “tough new wave” of Berlin’s Diät for two major examples.

This New York label delicately balances their aesthetic on the more melodic edge of the industrial/experimental avant-garde; from dreamy soundscapes to blistering noise to experimental rock to plush-velvet goth, there’s no corner of their sonic world that isn’t fully realized and well-considered. This year in particular saw a number of memorable releases that keep mysteriously appearing on our turntables again & again and are welcome for it.

Seek Out: Drew McDowall, Collapse; Drab Majesty, Careless; Sightings, Amusers and Puzzlers; Them Are Us Too, Remain; You., Sunchaser

We love the psychedelic visuals and adventurous spirit of this Chicago experimental label, a true family home for artists who are firmly iconoclastic, enthusiastic and fascinated by the abstract. Drifting and meditative drones, harsh noise, and beautiful compositions: if it can be looped and processed, and it doesn’t sound like anything else you’ve ever quite heard, and it unsettles you a little (in a good way), it’s probably on Hausu Mountain.

If you’re looking for classic hardcore styles polished to keen perfection—the few bands looking over their shoulder who are doing it right—look no further than Beach Impediment’s roster of releases. Abrasive, riff-heavy and fully blown out, this year’s Beach Impediment releases pay homage to the Swedish and Japanese classics lifted into myth by punk nerd record collectors worldwide without feeling like flimsy carbon copies.

This was the year that the Miscreant vision truly came alive, establishing the young label, grown from the fanzine of the same name, as a home for everyone who doesn’t fit in anywhere else and doesn’t really want to fit in anywhere else either. It’s hard for iconoclasts to find their people, but Miscreant is proof that when there’s enough love and talent in the room it can pull even the most anxious and unique folks together to make something beautiful.

Not quite a label, The Epoch (a collective of musicians, visual artists, writers and filmmakers based in Brooklyn) work together and support one another to make an often highly intimate set of aesthetics translate universally, and the success of artists like Eskimeaux and Florist is proof that that alchemy works. Often working with Double Double Whammy, these artists grow faster and are able to make the music they want to make on their own terms more clearly with one another rather than competing with one another in what can be a nasty, ego-driven world.

Seek Out: Florist, The Birds Outside Sang; Eskimeaux, O.K.; Bellows, May 5 to 12 Songs

Flying Lotus’s imprint keeps the breath of life in contemporary jazz and electronic music, putting out inventive work that joins the two genres in places and allows them to expand in their own directions in others. The label doesn’t keep a hectic release schedule, but work like this can take years to simmer thoughtfully. Rather than rushing to press, Brainfeeder’s artists are allowed the resources to develop their complex work on their own terms.

The fierce little label with heart keeps churning. Tenement and Screaming Females both made records this year that showed their steady growth and vision, proving that they have more than come into their own as artists; Aye Nako and Worriers stood at the gate of pop-punk and infused a genre that can seem tired and apolitical with great urgency; Downtown Boys made a fully realized and utterly necessary manifesto. Don Giovanni understands that cultural production can’t exist outside of politics. They also understand that it’s necessary to have fun while you’re burning things down.

This LA label, now partnered with the venerable Stones Throw, releases impeccably crafted, highly detailed work that is attentive to production style, from hip-hop beats to blissful soundscapes. If there is a common aesthetic judgment running through their releases, it is that they are all wholly immersive, records to plunge into headfirst and spend days exploring.

This Seattle label is a home to some of the most unique and distinct voices in indie rock (not “indie rock”, the marketable sound; we’re talking indie rock, the ethos). Protomartyr have most certainly pulled ahead of the pack in many regards, but La Luz’s surf nausea, Chastity Belt’s smart and wry pop, and Colleen Green’s hooky ode to leaving the cozy world of punk Peter Pan-ism all stood out, distilled to great records that are already becoming beloved favorites for old jerks and young upstarts alike.

The oldest of our favorite labels of the year, Thrill Jockey has remained staunchly independent and on the leading edge of the pop avant-garde since 1992. It’s hard to argue with a legacy like that. Thrill Jockey’s artists are artists working at the edges of genres and sub-genres, refusing categorization, making complicated work that doesn’t sound overly busy yet demands their listeners’ full attention. We’re so glad they’re out there as a touchstone to remind younger labels that trends will come and go, but you know when you’re confronted with music that truly matters, music that truly resonates.

Seek Out: Circuit Des Yeux, In Plain Speech; Dan Friel, Life; The Body & Thou, Released From Love/You, Whom I Have Always Hated; Colleen, Captain of None; Lightning Bolt, Fantasy Empire

Geoff Rickly’s Collect Records had to make some difficult decisions this year (“difficult” is an understatement); when making the ethical decision means it could be the end of something you’re putting your heart and soul into, and you’re facing enormous and intense public pressure, what would you do? The label stood with its ethics despite the consequences; that alone would entitle them to our financial support even if it wasn’t for their fine slate of releases this year, particularly the intense and emotionally affecting Wax Idols LP that is their most recent.

A fabulous platform for artists working on the edge of hip-hop, R&B and synthpop, proving that there’s a home and an audience for music in these genres that eschews one-size-fits-all hit formulae in favor of personal, often self-produced work. The artists on Terrible never leave their pop conceits behind—they just utilize them very smartly, making music that never feels too clever or contrived.

There really isn’t another electronic label out there like 1080p Collection, focused far less on one overarching aesthetic or set of subgenres than on its owner’s thoughtful, wide-ranging tastes. From meditative techno to intensely complex house music through mutating synth dreamscapes, 1080p has less a voice than a multitude of voices, all of which are worth your time and patience.

The bicoastal electronic label that seeks to provide a platform for its artists to experiment without consequence put out several records this year that made us sit up and take notice. Blankstairs’ world tends toward the graceful, abstract, and cerebral side of techno rather than dancefloor-crowding beats to nod along to, but we found ourselves mesmerized by some of their releases this year. Particularly fascinating are the rhythms beneath some of their artists’ glacial soundscapes, those twitches and rumbles that hit in our hips when we least expect it.

There’s little denial that Gerard Cosloy has had an incredibly significant impact on the way we listen to and think about independent music. His current labor of love, 12XU, which focuses on Austin bands but is there truly for any record Cosloy finds particularly worthwhile, puts out the kind of quality challengers we’d expect from his smart and exacting hand—rock and noise that seethes, thrums and shivers with energy, anxiety and necessity.

Thoughtful, independent rap that knows its history and honors its elders, but still allows for experimentation. Mello’s roster thankfully refuses to get caught in the trap of irritating moralization that keeps so much rap that describes itself as “intelligent” not only grounded on the earth but pretty dusty. This is music that feels refreshingly alive and resolutely humane. Mello continues to be a major breath of fresh air.

There may be nothing less punk than naming your label Total Punk, but this offshoot of garage stalwarts Florida’s Dying couldn’t care less about that, which makes it: you guessed it, super punk. Irreverent, crass, harsh, arch, and with a fine ear and eye for the surreal and absurd, Total Punk specializes in delightful trash of the highest caliber, and we adore it.

This New York punk label put out two of our favorite 7-inches this year, records that are destined to become modern classics, from Olympia’s Vexx and DC’s Pure Disgust, as well as helping the second missive of Sheer Mag’s unrestrained, joyful and riff-heavy fuck-you to all that’s arbitrarily wrong with the world get to our ears. Besides its curatorial aims, the label is a real home for everything its owners truly believe in, and that honesty comes through in every release.

Seek Out: Vexx, Give and Take; Pure Disgust, Chained; Sheer Mag, II; Ivy, A Cat’s Cause, No Dog’s Problem

This may be one of the biggest “no duh” labels on our list (so we present it here to close this whole thing out). Though they’ve made a name for themselves as a home for initially smaller artists with big visions, often with stunning visual art components, to grow into true forces, Sacred Bones aren’t content to rest on their cred, to settle into a comfortable groove. Their output this year took a lot of risks and showed a lot of ambition, and also showed the true care they put as a label into every detail in order to let their artists grow.