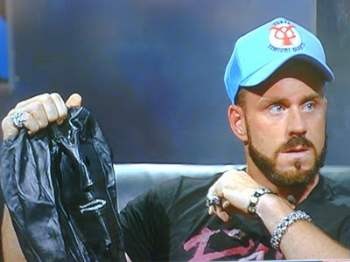 Amid the recent activity here in S.F. of wild Giants World Championship
revelry, I can safely assure you all, my dear readers, know that it has not
distracted me one iota from concentrating my energies on my fiduciary duties of
pop cultural concerns and conceits. That been said, here's the rundown of a
variety of news, official leaks, videos, remixes of your favorites in no
particular order.

A reliable source informed that Matthew Mondanile will be releasing his third
Ducktails album in January of 2011 on Woodsist Records entitled Ducktails III: Arcade Dynamics. And
speaking of Woodsist, I heard a confirmation that Woodsist will be releasing
the second
White Fence album hopefully before the end of the year. That album is
titled Growing Faith.

It is with great excitement to also tell you that the Descendants have united
to headline Austin's Fun Fun Fun Fest 2010. Festival dates are Nov. 5, 6 and 7 at Waterloo Park over yonder in Austin, TX. Also playing the FFF Fest will be
Ariel Pink's Haunted Graffiti who has started touring with Brazil’s psyched out
rockers Os Mutantes and has recently enjoyed having their massive single
“Round and Round” remixed by UK producer Little Loud. Think chill tropical
waves and breezes that lull the “nah nah nah nahs” somewhere around
the Cayman Islands where the bank accounts of America's elite can enjoy a Caribbean
vacation safe and far away from the reaches of the meddling SEC. Check out Fun Fun Fest's site
for the full festival line-up schedule.

Ariel Pink' Haunted Graffiti, “Round and Round” (Little Loud Remix)

Happy to see that Brooklyn's So So Glos have put out a video for their song
“Fred Astaire.” Lead singer Alex Levine reminds me of younger Bruce
Springsteen and “Fred Astaire” does have shades of “Born to
Run.” Which reminds me that I need to take Alex over to Arinells Pizza on
Valencia and 16th the next time the So So Glos come to town to show him how
good a Bay Area-New York knock-off slice of Neopolitan can be.

“Fred Astaire” – The So So Glos from Matthew Greeley on Vimeo.

So So Glos, “Fred Astaire”

Have to admit that those twee-d up sweethearts Pains of Being Pure at Heart are
beginning to capture mine a little bit with this official leak “Heart In
Your Heartbreak.” I would like to congratulate them for making Belle and
Sebastian’s recent effort sound way more machismo by comparison.The single will
be available December 14 on Slumberland Records and the album’s
future release date is March 2011.

And last but definitely not least, it appears that Dylan Baldi’s Cloud Nothings
are putting out a self-titled album for Carpark Records scheduled for a release
sometime January 2011. Now you must excuse me while I sweep up the excess World
Championship ticker tape from my
sidewalk.