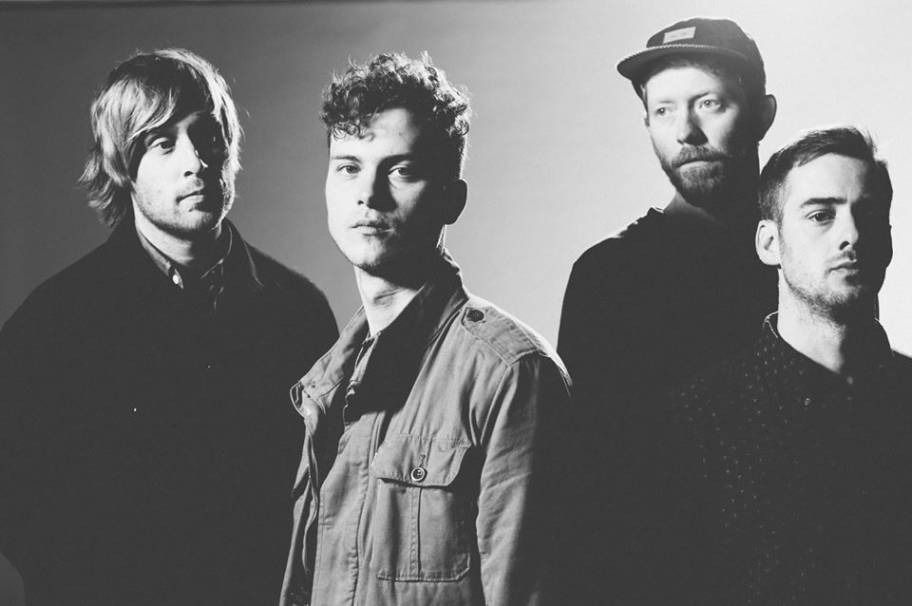 The chronicles of Aan have become something of a Portland born legacy. Rising from word of mouth interest raising talk from the coast to coast buzz and clamor that met the release of their Mystery Life 7″ from Cool Summer; this further paved the road to their first proper album, with Amor Ad Nauseum from Party Damage. We remember with fondness talking with the band about that great single, hanging at Noise Pop 2013, tour correspondences, our occasional catch-ups and check-ins, and are honored today to premiere their new song off the album, “Bubble Bath Bop”.

Bouncing between studios and an Oregon coast cabin, Aan bonded sea washed soundscapes to match a grand album vision. Their live performances had hints of expanding the towers of possibilities toward large sounds, always reaching to capturing the scope of expression with a sound to match. The past two years have found Aan's army fronted by Bud Wilson, Jon Lewis, Reese Lawhon, Patirick Phillips, and Jeff Bond working on a scale of sound larger than any of the dives, auditoriums, living rooms, basements, amphitheaters they have visited. Amor Ad Nauseum is built out of relaying serious listens to the inner indie symphonies that entertain strong sentimental values on repeat. These gorgeous large as life and larger are expressed in day dreaming guitars lathered in synth bathed rhythm restraints on the mind opening, “Bubble Bath Bop”. Everything that happens throughout “Bop” occurs through slight twists and passages through experimental secret doors of the unexpected. The simple bass noted accompaniment of Bud's vocal's on the beginning turns into a series of very tricky verse switches, bridge timings, and all around well-adjusted instrumental mix mastery. The drum-breakdowns toward the song's final quarter give way to those echoing, “never before again”, cruise controlling into the perception-alteration tunnel. The conscious shifting aspects of the song occur in the clever, understated and smooth disguise that the unassuming might mistake for unintentional. The day tripping bubble bath pop of “Bubble Bath Bop” finds Aan sends their song through the many dimension of the mind while keeping the entire affair polite, and all cues and marks tight in order to push the feelings somewhere else, and into an altered-space.

On the eve of the release of Aan's Amor Ad Nauseum, we had the pleasure of chatting with frontman Bud Wilson on the band and album's development, song structure twists, favorite Portland record stores, and more.

Your album Ad Amor Ad Nauseum has been years in the making, and with it about to be released into the world, how are you all feeling with it in the can and ready to go?

Oh, we're pretty jazzed. It's taken a very long time but the reality is it's also new for all the folks who haven't heard it. We recently learned how to play a couple of the songs that were written in the studio, “Weirdo”, “Bubble Bath Bop”, so the live show feels new again. And we've been toying with some covers as well as writing new material on the side.

We talked last time when you all were touring with Smashing Pumpkins about surviving the road on a healthy diet of Wreckx-N-Effect's “Rump-shaker”. and getting pumped on Dead Prez in Orlando. How do you all feel that tour impacted the full-length?

That tour was certainly the jump off for professionalism. We had to get our shit together and since we headed east for that run last year our heads are turned down a little tighter, more conscious of the “business”. That was a very interesting time for a lot of reasons because we were touring when I thought we should have been wrapping up the record, and when we got back we realized that, although the music was finished, we had absolutely no idea who was going to put it out. The short answer to your question is we turned pro.

What is really striking about Amor, is what you are doing with restraint and then very carefully unfurling this gorgeous sound scape that evokes everything that the album rock format was created for. For example, the AM-ethereal vein of “Somewhere Sunshine”, which you guys got an awesome western themed video for, and then the perception shifts on our debut of “Bubble Bath Pop”. What has been happening in the past year with Aan's song constructions, arrangements, developments, and so on?

I listen to a lot of music. Right now I'm listening to “The Air Force” by Xiu Xiu because their new record isn't up yet on Spotify. I'm always listening for little twists in song structure, Jamie Stewart is a master of this, that's what really gets me excited. In a studio setting there are so many tools and toys to expand upon the stereo spacing of elements within a song. We were really excited about making a BIG sounding record so we explored a lot of the gear available to us as we tracked. Coupling adventurous structure with dynamics and textures is what Aan is about and what we've been trying to get good at over the last year in particular.

There is even a kind of mastery of making a new economy from the dollar bin LP discoveries of forgotten song crafters, AM pop radio-shapers, and majesties of the micro-groove era. Favorite record stores you have been raiding lately in Portland?

I wish I had the cash flow to raid record stores but, alas, the winter months are quiet in terms of gainful employment for me, (I have a freelance gig working in the art department for video productions). I think Jackpot Records up here does an excellent job of curating their sales floor. Though they didn't have Geogaddi last time I checked and I had to settle for the re-issue of Music has the Right to Children. Exiled Records has some really interesting records as well. I think there's some close involvement with that shop and Sun City Girls, so there's a ton of SCG records there. I honestly don't get to shop much though.