Altered Zones is pissing you off 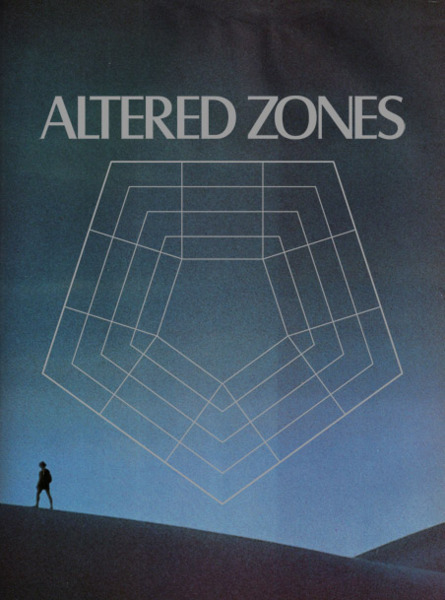 Apologies if writing a critique of the new Pitchfork ‘sister’ site is as easy as taking down someone’s actual sister, but she's been making faces at us.

Last year when the still-nascent Brooklyn Northside Festival was in its first year, I got into a devil-advocated argument with bud Joe Ahearn about who gives a fuck if there’s yet another festival. Who benefits? The obvious answer was sponsors, and the sponsored, the big organizers, and the big performers.

It’s a good metaphor for Altered Zones. Who gives a fuck if there’s another website? Especially a site that promises to re-post content from preexisting blogs alongside the kind of features places like Impose have been doing for years: obscure label profiles, artist-penned playlists, Tumblr-art re-ups. To the original content, we say the more the merrier: the light that shines on the underground shines bright for everyone to see. And to the aggregated bloggers, we say, nice look, and we hope it pays the gas bill, if not the electrical.

So why so many gas faces?

Not because we got left out of the party; the site will ineveitably invite more stragglers into the realm of obscure digital crate digging and artist-scooping, and we’re not elitists.

But other than those few stragglers who didn’t already check Forkast, the Altered Zones boondoggle doesn’t read like an exciting expansion of music coverage so much as a land grab.

Maybe we don’t all have honest to god personal taste, but at least we all have Google Reader to get us there. People lost their sense of humor when Chris Weingarten made some jokes about the tastes that will be made on Altered Zones, but he wasn't too far from the mark in seeing it as an uber-trendy exclamation point, grounded in right now's chillwave 2010.

So let’s rampantly speculate on the nextwave 2011. While Altered Zone simmers, Pitchfork tests the waters of the burgeoning blogospheric obsession with chopped and screwed goth music or NOLA HOUSE or some variation of Detroit techno and twee pop and then there’s a need to fill a new hole with this Altered Zone model, and what about a P4K-friendly hip hop grind? And so on, mimicking the Gawker Media model for every seismic genre moment you can throw a blog at.

So someone else can argue the communal merits of reigning in 14 blogs to one central command. We see it as one more step towards homogenizing the streams of music industry straight back towards the few companies who currently control the pipelines. We’ve gone through this in more detail before, but just to briefly remind those who forgot: Cornerstone (owner of Fader) collaborates with Pitchfork for online ad campaigns and revenue. You don’t have to be great at math to figure the click-throughs that get you from Altered Zone limited tape release obscurity to Bushmills ad on one of the mother sites.

But Altered Zones has a soul. No advertising to begin with, paid work, and talk of it becoming a non-profit venture at some point. Forget the murmurs that “minimal target adage” will come into play “sometime down the line,” as a future blogger for Altered Zones claimed. If that happens then the commercial arm will be in plain view, but right now it’s much more subtle, tied inextricably to the traffic-driving ad revenues it can generate back on Forkast.

Drop the money talk entirely, and this still smells like fish, with the fat Fork stuck back into the ground from which it came. It’s a cultural influence game, money or none. And for us recessionites, it’s always been about none.