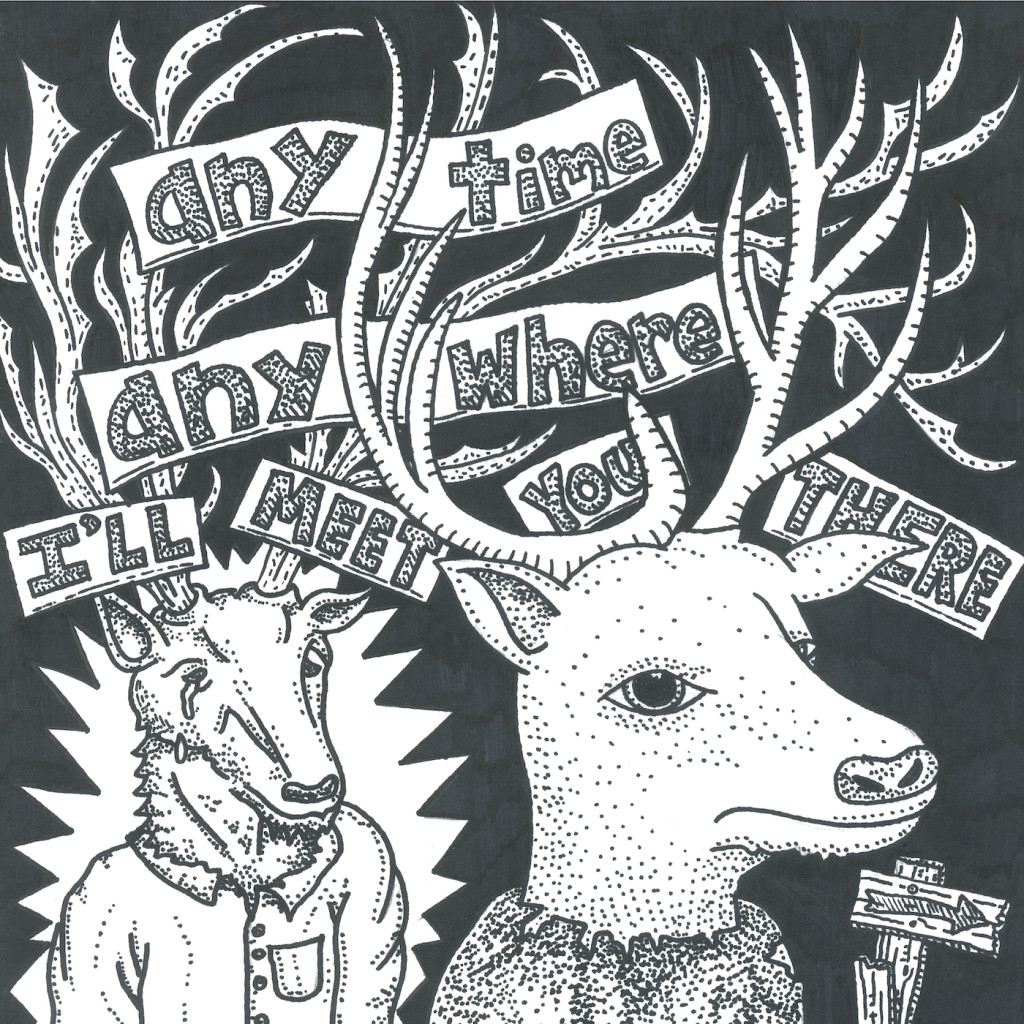 Hilly Eye were a short-lived Don Giovanni band that quietly released one beautiful album in 2013, Reasons To Live, ten wide-open meditations on light and dark guided by screeching noise guitars and Catherine Tung’s intuitive, expressive drumming. Those latter sentiments pump lifeblood through the debut single by Tung’s new band, Antibodies, whose drifting noise-pop is charged with muted emotive energy. Using a palette of bright cycling guitar riffs and distorted ambience, Antibodies channel literary-minded lyrics in a way that is contemplative and uplifting. The debut of their first single for Don Giovanni is below, as well as a Q&A with Tung and guitarist Bryan Young about the ideas bleeding through their songwriting.

How did Antibodies come together as a band?

BY: Over peppermint tea; I was half-alive on antibiotics, so we couldn’t go to a bar. We were originally introduced by a mutual friend (Glenn Mohre of CCTV). Catherine had written some songs that she wanted to try out with a band. We had similar philosophies about art and Yo La Tengo. It seemed like a worthwhile collaboration.

What is the meaning behind the band name Antibodies?

BY: I liked that word in particular for very sincere reasons. In high school and college, I played in bands and wrote a ton of songs, but then there was a period of years where I was focusing on other things. Returning to music was an incredibly therapeutic act for me; giving the project a name that represented positivity and growth was important. That said, I also liked the idea that the name could be interpreted in two ways, depending on your perspective—a sort of linguistic Magic Eye.

Can you speak to the meaning behind the word “absalom”?

CT: I was composing the guitar part while I was visiting my sister in Beijing, and I started thinking of the song as being written for her. The dummy lyrics were “You will never die,” over and over again, which I think is probably the ultimate desperate subtext of all of our well wishes for our loved ones.

Around the same time, at Vintage Books, where I work, we got a manuscript in—an amazing short-story collection by a Filipina-American writer named Mia Alvar. The title story is about a young couple, a journalist and a nurse, who are vocal critics of the Marcos regime. Their son is kidnapped by their political enemies, and at the end of the story they receive a phone call with the news that their son is dead. The father cries out in grief: the words “my son,” over and over again.

I was very struck by this line, which I took as a reference to David mourning the death of his son in the Biblical story: “My son, my son Absalom! If only I had died instead of you! O Absalom, my son, my son.”

The line really captured my imagination, and it helped me rework the song as one about parent and child, rather than sister and sister. The ironic part is that the line was ultimately cut from the book before it went to print, so the song now stands as a tribute to a passage that was never published.

What are some extra-musical ideas that influence the songs you’re writing together?

BY: I really enjoy reading things. We trade books. In one way or another, I think just about every song we write is inspired by someone else’s writing. A newer song of ours, “Capital,” is an interpretation of Paul Eluard’s poem “The Beloved.” Also, tortas.

CT: Books definitely figure heavily. Another one of our songs, “Enchantment,” is written after Ben Lerner’s newest book, 10:04. But that song is also about this mundane moment in my living room. I had taken this beautiful boy home with me, and we were watching my neighbors through the windows at night. A lot of our lyrics capture those throwaway moments—setting off fireworks on a friend’s roof, seeing an ex for the first time in ages.

The thing about encoding those memories in your songs is that you relive them, for better or for worse, every time you practice, every time you perform. There’s something very honest about that. When we retell stories in conversation, we retouch them and smooth them out with each telling. The memory of a song is more raw.