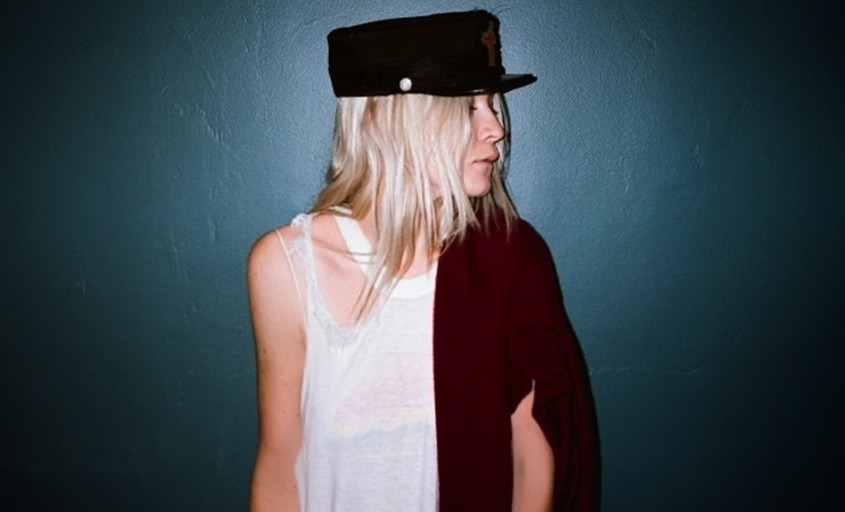 Chase Cohl has made a name for herself as a designer at Little Doe, but has also been trading textiles for sunset-smoked harmonies. A Canadian ex-pat who has been seen in recent years paying tributes to the likes of Bob Dylan and Tom Petty, Cohl is preparing her full-length debut this summer, Coyote Nights, sewn together with production courtesy of Noah Georgeson and mixing from The Black Keys' Patrick Carney. The result is the Topanga-twang found on “Windsong” that rises to form phoenix cloud smoke signals, like legends of Hope Sandoval-William Reid romances, and sensationalist paperbacks that sing tales of the high-spirited Canadian-American cowgirls of the San Fernando Valley.

Throughout the four-plus minutes of slow-swaying breeze-strewn balladry, Cohl chases away the remnants of winter for the beckon and call of summer solstice spirits that congregate in the nearby canyons. “Windsong” sings modern fables made for late Los Angeles nights, for those hours after the venues have expelled the last of their patrons, as thoughts move to the more rural and rustic surroundings of Southern California. In a song that is as sparse in it's echoes as it is also grand in parts on the production end (where choirs of voices and hand-claps materials out of the air, compliments of the assists from Noah and Patrick); Chase delivers lyrical doves like, “you move the clouds with the palm of your hand.” Listen as places, seasons, time, and coyote cries come together in a sandalwood-smoked song where magic surrealism thrives at heart.

We caught up to talk a bit with Chase Cohl about the making of her upcoming album, Coyote Nights, and exclusive details about the composition and creation of the gorgeous harmonies on, “Windsong”.

What has the writing and recording with Noah Georgeson been like for Coyote Nights?

Surreal. I had been a fan of his records and production style for some time before we were introduced. It was important to me to build a friendship as we worked together so it wasn't so daunting to voice pickiness about the aspects of my sound that felt crucial for me to keep sacred. He helped to turn a process that could've been very intense and overwhelming (that process of making a debut record) into this private little universe of creativity. Noah is an absolute dream to work with.

There is a wind summoning and desert smoked sound that abounds throughout “Windsong”. How to you capture the essence of wind-like textures and breezes and relay them through song?

Harmonies! I'm a total harmony junkie in the music that I listen to and hold close. In my own music, however, I tend to lean toward a more simplistic style of recording, something more straightforward. “Windsong” was the one song on the record that we were able to just really let loose and allow to blossom on a larger, more extravagant scale. The chorus sounds on that track are some of my favourite moments of the whole album.

Thoughts on the resurgence of a cosmic-LA-music renaissance in the spirit of Gram & Emmylou?

I find it wildly exciting any time young artists embrace truly great music. I was raised on Gram & Emmylou's records and taught to appreciate them from a very young age. In an age where electronic music has become a great part of the norm, and songs are turned over as quickly as pages on a book, it's always refreshing to see people returning to something simpler. When it comes down to it, nothing beats sound of an acoustic guitar for me.

What else can we expect from Coyote Nights?

I think we've got a ton of beautiful moments, I'm proud of every single tune. There is a duet called “Sun & Moon” that I did with the loveliest guy called Har Mar Superstar, which I think people will love, and another song partially in French, about the dream of moving Paris and just smoking cigarettes all day, among many others. I was fortunate to have a really special community of players come in and support on the album to execute my vision. Since moving to Los Angeles, the albums that I hold most dear are what I call the driving records, meaning the ones you can throw on in your car and use as a soundtrack to your every day life and landscape. I think Coyote Nights will really execute that for the people who embrace it. This is just a good old California record.