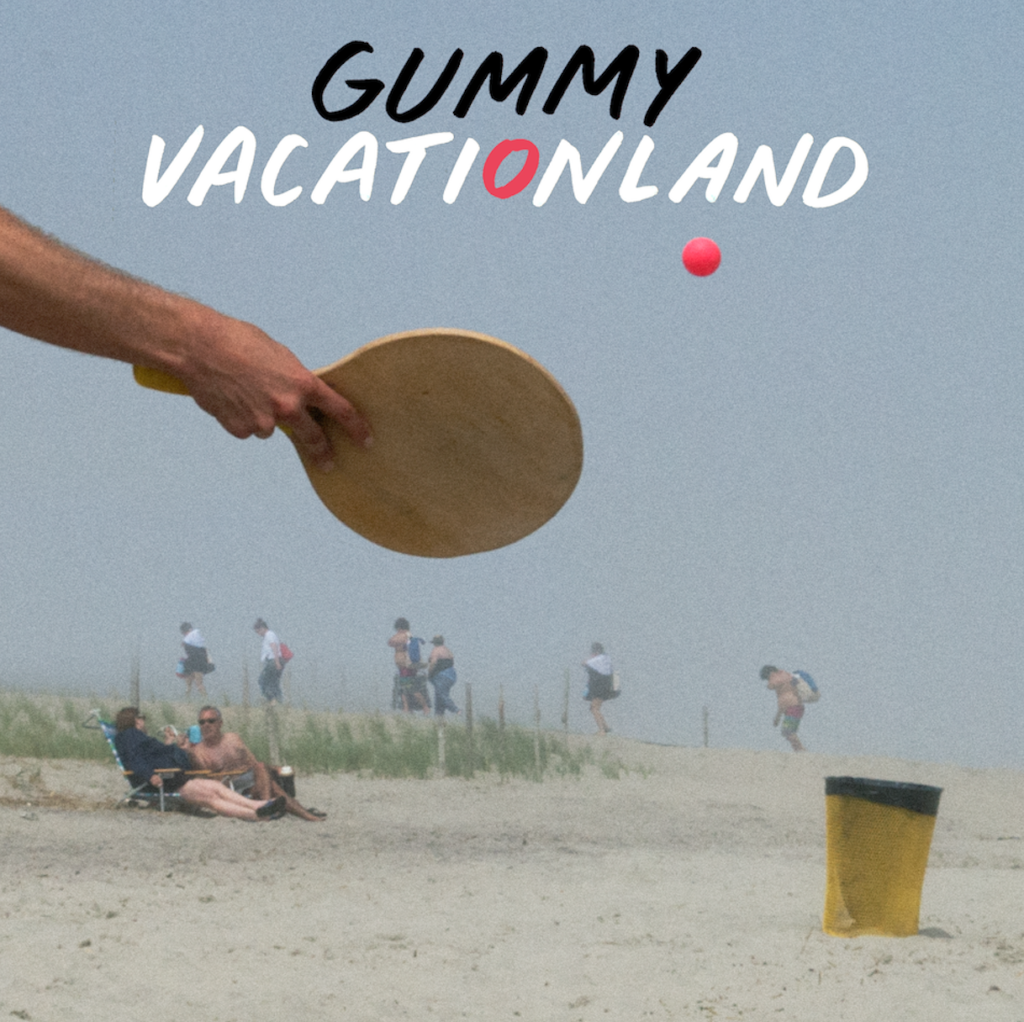 When Luca Balser premiered his solo project Gummy in August of 2015, he did so in characteristically low-key fashion. Slumberland was posted to Bandcamp and, with the exception of a terse post on his personal Facebook page, left to its own devices. It didn’t take long to make its ways around local Brooklyn musical circles, where the one-track, 16-minute work took on near-cult status.

Slumberland was a nine-part suite of miniature songs traversing Baroque Pop, lo-fi psychedelic, and indie-folk territories. Its arrangements were bizarre and meticulous, betraying a mastery of songwriting and a comfort with subverting standard pop music formulas. It was self-recorded, self-mixed, and conceived entirely by Balser. Many local musicians — myself included — who knew Balser primarily as the soft-spoken guitarist of local rock band The Gradients were floored by the project’s depth of vision.

Like its predecessor, Vacationland is a single track clocking in at just over 15 minutes and overflowing with ideas. What seems like a pathological aversion to repetition results in some of Balser’s most ingenious moments coming and going in fewer than 60 seconds. He insists he’s not toying with listeners, explaining that the format he’s chosen is above all a response to how most music is released and consumed today. “It’s hard to really sit down with something and dig into it because there are constantly new things that call for attention. I hope to slow down the process a little bit,” he says, adding “I don’t think that we should go back to some analog way of music listening, because that would just be neglecting where the world is now.”

Balser’s melodic sensibility most clearly owes debts to songwriters like Brian Wilson and Jeff Lynne, but he avoids traditional framings of verses, choruses and bridges. The album’s composition more resembles that of a piece of classical music, spanning distinct movements and reprising melodies throughout (he cites impressionist composers Ravel and Debussy as formative inspirations). The result is a jarring blend of pop highlights, miniature earworms that so arranged manage to feel both familiar and novel. By outsourcing mixing and mastering duties this time around, Balser gives Vacationland a sheen that was missing from the more lo-fi Slumberland.

He continues to opt for the most ambitious arrangement — the four-part vocal harmony, the extra chord or two — wherever possible. The Toshiba mini-keyboard that gave Slumberland so much of its tonal playfulness returns; this time its vibraphone, clavicle, and drum-loops are accompanied by live drums. Everything, it seems, is in its place for a reason. Even small interludes between songs serve as opportunities to slip in another idea or sound.

Vacationland revisits many of the same themes that appear on his first album: the feeling of helplessness in the face of a family member’s mental illness, social anxiety amidst the crush of New York City’s humanity, time wasted dwelling on decisions that can’t be unmade. The songs unfold episodically, revealing the small delights and tragedies of personal emotional experience. Balser still dwells on the voids left behind by those he loves: “the space is the same, but time has changed”, he sings in a closing number about the unexpected death of his cat, Rico.

It’s clear that much of Balser’s thinking centers on the past, but references to a perspective-shifting relationship create an appreciation for the present moment that distinguish the work from Slumberland. The album’s final lyric, “skipping forward ahead, you can’t believe the dread you’ve held,” reflects a determination to not let any more time succumb to rumination. While things stop short of full-blown optimism, there’s enough here to suggest that there are more good things to come for Gummy.

Listen to Vacationland here. You can also listened to a remastered version of Gummy’s first album Slumberland here.