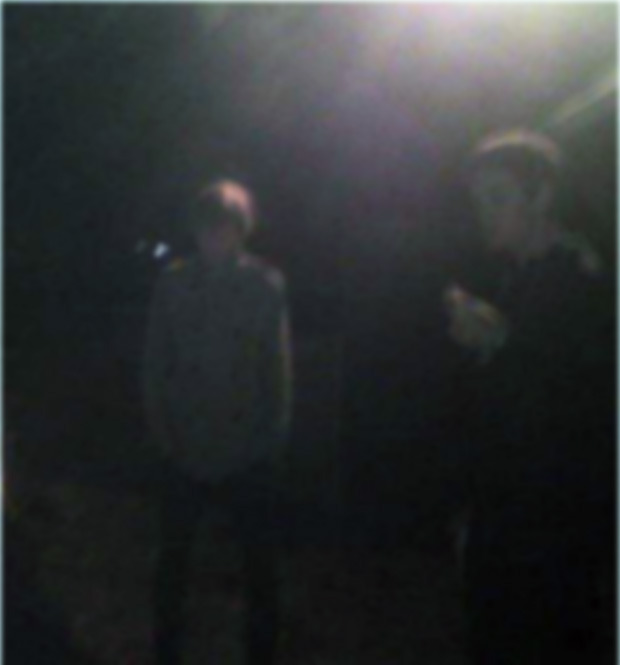 It’s time to get a new drug of choice: The smooth electronic high of D/R/U/G/S.

Mixing quintessential beats with r’n’b vocal samples and a dash of cerebral dance stylings, there's already a big buzz droning over their heads though they only formed four months ago.

Is it D-slash-R-slash-U-slash-G or just simply Drugs?

You can pronounce it like that but it might be a bit of a pain in the arse. D/R/U/G/S is me [Callum] obviously and a guy called George who helps out. George is a lovely young man- he’ll make a lady very happy one day. Kinda regretting the name already because we’ve done a few interviews and all the blogs are all like ‘Haha drugs, great banter’ but the meaning of it isn’t supposed to be taken literally. It’s more like the effects of drugs. It’s obviously an optional choice if you want to take drugs or not.

The second day we made the Myspace people jumped on it immediately. We’ve only been together for three months and we can’t complain at all because bands kill for that exposure but it is a bit rushed. I’ve seen a couple of bands live who sound so great on record and it’s awful – that’s a clear example of being outpaced.

What have you done to prepare for the live shows then?

Not much to be honest! We’ve done the same thing they’ve done and just jumped in. Luckily it’s felt pretty natural so far. We played a few shows in London last week and we had a really good reaction to the first gig down there. If you want to get people dancing though I guess it just depends how pissed they are. Dutch courage!

What shows do you have coming up?

We’ve got some great gigs coming up- really chuffed about that. We’re supporting Blondes in Nottingham which should be amazing. It’s a little bit like we’ve skipped the whole start of the band where you do all the shit gigs and hone what you do live in front of three mates. Which is good in a way because we thrive in the pressure of having to do something. We play our samples like instruments. Every show is different – we use the same core loops but we chuck it around and it’s like conducting a little orchestra in a way. We don’t do songs either, it’s all once continuous piece.

Do you prefer creating your own music or remixing?

Its two completely different experiences. Remixing tends to take a lot longer and it’s such a privilege especially when it’s a good artist. We’re doing a Porcelain Raft remix soon and to be asked to remix that has been a real honour. It’s a lot of pressure because you don’t want to be ‘That Shit Remix’. If we could remix anyone it’d be HEALTH. For the dolla we’d remix Beyonce but HEALTH treat their remixes so well they put whole albums out and stuff.

If anything comes out of this interview then I hope it’s that HEALTH reads it! How do you get to remix people?

Well, we sent out like one email and everything we’ve done so far has come from other people!

That must be pretty affirming for you!

It is nice because we’re extremely lazy people at the end of the day.

Where do you see this going after this three month period?

It’s becoming a real thing now! Meeting all kind of industry types and stuff which is daunting. But yeah, we’re pushing on and hopefully it’ll be something more than a five-minute band. We’ll see!

In terms of our potential I thought that maybe six people would like it. We’ve both been in bands before and I guess we tried to make music which had more thought behind it and which appealed to people. This started with us making songs that we wanted to hear and so its quite ironic that this is the most successful thing by far. [Ed– Is it, then?]

How do your songs take shape?

We start with a vocal sample and go from there. We only sample vocals though really, we do everything else ourselves. It’s the same with anything, I live with people who have guitars but just don’t have the mentality to put their mind to it. It’s practise like with anything else really. You don’t want to say it’s natural or anything do you? Fifty/fifty with practise and talent.

A gift from God.

Yeah! Only God knows how to remix. He knows everything.

Mary Magdalene doing some Aaliayah vocals in the mix. This could work. Is the band based in Manchester or London and do you even want to be associated with a place?

Well I’m homeless at the moment, just sofa-surfing. Looks like we’re pretty much going to be based in London now, we’ve got so much stuff going on down there and I can’t afford the train fare there and back all the time! I think it’s pretty hard to put us in a genre so hopefully we won’t get associated too much with one particular place, which is nice. I think more of a ‘label’ sound- to be with someone with a similar ethos as us.

Yeah, but you think you can’t fit someone into a genre and then you get hit with “chill wave”.

I guess genres are just getting smaller and smaller these days. Everything has to be a wave. Someone called us “Sample Wave” which was highly nauseating. There is no need to pigeon hole things so much. It’s interesting though, I’d like to know why it happens.

Do they though? They’re pretty stupid, brains. I’m happy to be just called ‘dance music’ there’s nothing wrong with that. Maybe it should be ‘intelligent dance music’ but that’s highly condescending.

That’s like saying you’ve got the IQ and Gala can go do one.

I like it though- “intelligent dance music”. We can go with that and just be arrogant! People warm to arrogance.

Mariah Cary’s album E=MC2 sounds quite clever. Does that class in this new genre?

Yep. We can call it “Science Wave”. I don’t like that as much though. Maybe “Chem Wave”? That fits in with the D/R/U/G/S image as well. This is the way to go. We’ve done it! That covers all kinds of drugs.