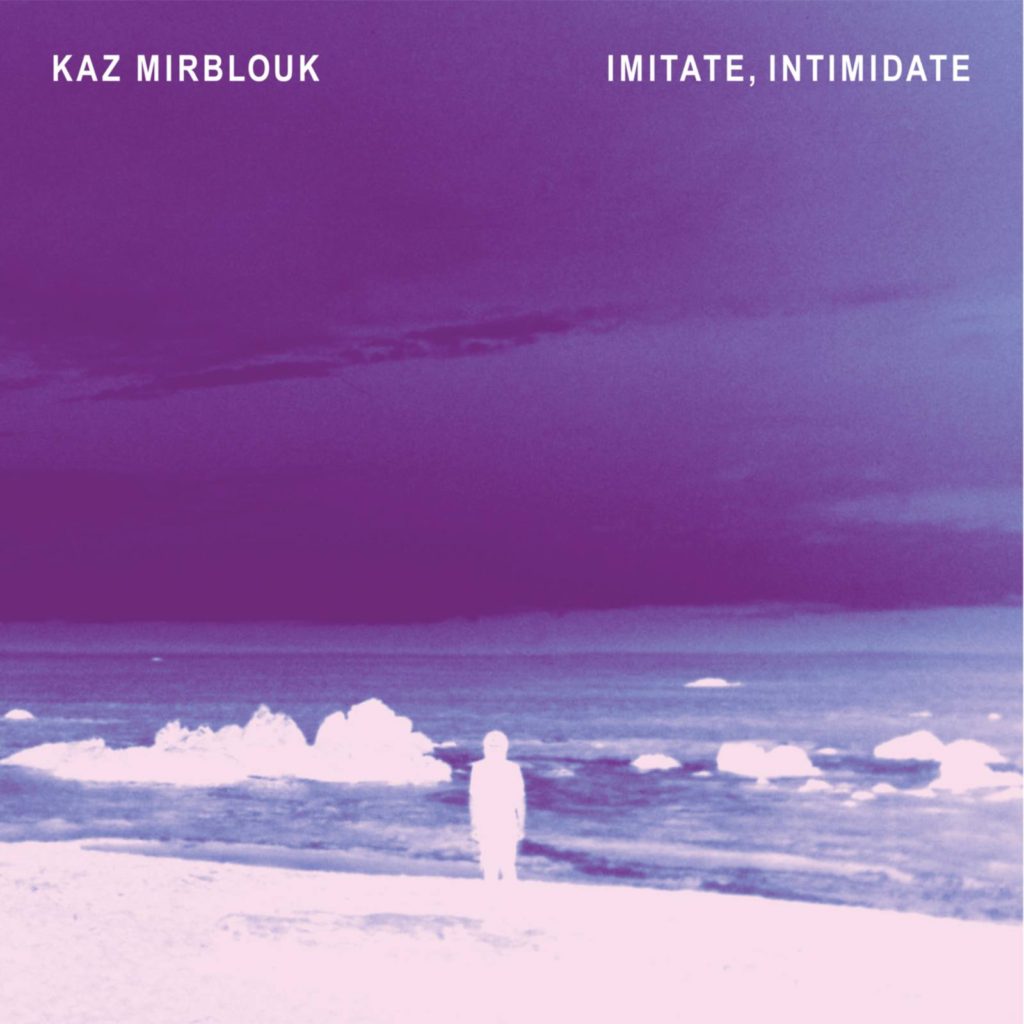 We’ve got the exclusive premiere and stream of the debut album from California’s own Kaz Mirblouk. Imitate, Intimidate is the album’s name and the tracks are drenched in a sunny Golden State vibe while retaining a great deal of urban grit and grime. A multi-instrumentalist responsible for much of what is heard on Imitate, Intimidate, Mirblouk’s singular voice shines through in this collection of songs that effortlessly build and flow with and within one another on a record that has echoes of everything from the Ramones to Dick Dale and the Deltones.

“Untitled” opens the album and it has plenty of the aforementioned grit in the form of distorted guitars atop a propulsive rhythm section that makes the song soar and roar along to its unrestrained finish. “Towers” follows and the track opens with a moment of a serene synth droning before layers of instrumentation pile on. The locked-in groove slyly builds to reach a number of heights, not all necessarily merely choruses, before dropping out briefly to reveal the synth still droning underneath it all. As the groove ramps back up it is met with a caterwauling guitar solo that pulls the listener in and along towards its finish.

Imitate, Intimidate features many a moment of instrumental mastery that are used to complement the songs as a whole instead of the other way around. The instrumental “Daze” is a perfect example of this as it creates a neo-noir surf detective atmosphere from rapid fire drums straight out of the Surfaris’ “Wipe Out” and guitars soaked in reverb and dredged in distortion. “Panic” is another track that features strains of Mirblouk’s take on surf rock, but now set against an atmosphere of tension slowly being ratcheted up by moments of roving instrumentation that pans across the listener like a spotlight searching in the night.

Imitate, Intimidate draws to a close with a pair of acoustic offerings, “Sometimes” and “Twins” surrounding “Takers”. While not necessarily a ballad, “Takers” nevertheless presents a more intimate song that still manages to rock before fading out in a wall of static. While “Sometimes” pairs its acoustic guitars with romping drums and an overall classic rock feel, “Twins” ends the album without drums, but instead with a violin sweetly spinning a melody.

With Imitate, Intimidate, Kaz Mirblouk has shown an expert understanding of modern music’s conventions and formulae. Instead of opting to imitate said conventions, Mirblouk has instead put together an album that subverts expectations while pushing past boundaries of genre and style. Altogether, Imitate, Intimidate creates from its many influences a fascinating and vivid musical world all its own.