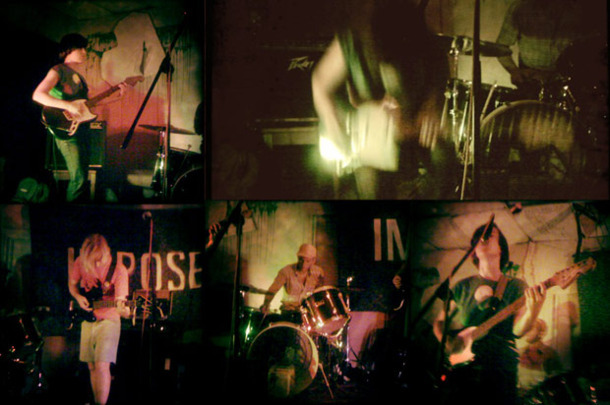 You see, Jana Hunter has a legacy in her own right. A transplant from Texas, she has become a Baltimore staple. While Victoria LeGrand or Molly Siegel might have something to say, for this story's purposes, we'll call her the “queen” of Baltimore. As an accomplished singer/songwriter, Hunter has released her solo work on Devendra Banhart's Gnomonsong label (a first for both artist and label), has performed and/or recorded as a member of Jracula, Castanets, Matty & Mossy, Ejaculette,
Unitus, and Krazy Nerds, and has guested in/recorded with Indian Jewelry, Matteah Baim, Metallic Falcons, Phosphorescent, and CocoRosie.

Yet, instead of taking her skills to the bright lights of Brooklyn, or joining up with some of her all-star friends for her next record, or signing to a major label, or worse yet, an “indie” funded by corporate branded dollars, Jana has teamed up with some local (and very accomplished, even if they're not household names) musicians, to create a well-rounded group effort for the label she's called home since 2005.

Lower Dens' debut LP Twin-Hand Movement has been on constant repeat in my stereo, often used to drown out the mundane speeches of one “king” James as he tries to explain the ultimate in egomaniacal behavior. I am not from Cleveland and I won't care about professional basketball until the Nets are in Brooklyn, but I'm left feeling greatly disappointed by LeBron. I always rooted for him. But now I don't want to.

So as I sit here listening to “Hospice Gates” by Lower Dens, I'll imagine the slowly meandering melody following LeBron James as he walks out of Cleveland one last time. Forever reminding me what I love about music, and what I loathe about sports (unless it's my team who wins).

PrevPreviousSlum Village, “Lock It Down”
NextHere is a 40 second video by Back to the Future the RideNext