Magicicada, “Once I Was a Little Light” 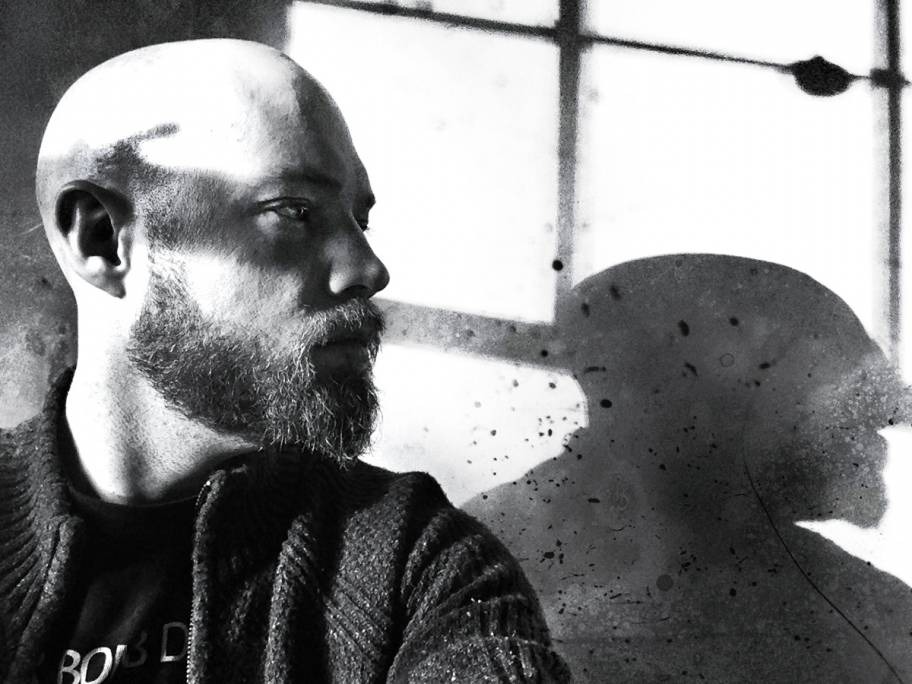 Every artist working in new mediums and breakthrough fields of sound does so through their own idiosyncratic series of approaches and self-patterned diagrams. While to the untrained ear or mind, some of these audio construction processes through found, made, and/or manipulated sound might appear similar amongst these artists and their peers, but no two creative methods are ever completely the same.

This logic can very well be applied to Magicicada, where home recordings from the boondocks of Georgia began a new phenomenon. Recordings from a 150 year old house's faulty wiring lead to further field experiments, and renegade distribution through stashing and stocking CDs, tapes, and thumb drives in public restrooms, record stores, the cars of strangers, randomly mailed parcels, and inviting unwitting participatants to contribute through answering machine messages. This was the background for Magicicada's 2005 release Everyone is Everyone. Flash ahead nearly a decade later and their upcoming album for Mission Trips International, Wrack with Ruin, introduces more manic rhythms with a spotlight on the MPC drum sampler.

On our premiere of “Once I Was a Little Light”, Chris is joined by Nathan Brown from Hopi Torval, and Tree Creature to provide some organ notes over a pool cue drum progression that tap-dances through the digitized decay. Between the quick hitting drum stems, foley recordings of surface noise twist like wet towels, echoing through dub effects, all the while marrying the analog and binary biospheres through caught audio clippings exploded into new fragments of light. Join us after the debut of “Once I Was a Little Light” for an in-depth discussion with Magicicada's Chris White.

Your guerrilla tactics are notorious, can you describe the way they have evolved between Everyone is Everyone to Wrack with Ruin?

My 'guerrilla tactics' started way back in 1998 and arose from a cursed combo of social anxiety mixed with a need to share the music I was recording in and of my home at the time. I had begun to amass these really amazing recordings from this dilapidated 150 year old school house that I was living in out in rural Georgia.The electricity for the house was delivered on ancient crumbling and poorly installed wiring. I found that if I applied a coil microphone to the exposed parts of the wiring I could hear the electricity in all its faulty glory. It was really beautiful and I soon became obsessed with it. I felt moved by it enough that I wanted others to hear it as well, so that's when I began to make handmade tapes and CDs that I would hide in record stores, public bathrooms, on peoples cars, randomly mail to people, etc, along with interesting art and my phone number included. Soon I began to receive phone calls that went directly to my answering machine. People would leave all kinds of messages and I would in turn use those on other recordings.

After releasing Everyone is Everyone I produced pre, other, which was released in a box made of Georgia clay, paint, wood and wax. About that time I also launched a website that was called, yesthisisyours.com where I made an interactive map that gave clues on boxes that were hidden around the Atlanta metro area. I still hide unmarked, but well adorned tapes, jump drives and CDs, out and about, with just my contact information.

I know you have cleverly sourced samples. Can you describe how these wild tactics have impacted the directions your sounds have taken shape?

Most of samples, recordings etc.. are derived from my field recordings which I am constantly working on. Sometimes it involves a straight recording of a given environment as it happens before the microphone. Other times it is a performance within the space I am capturing. Throughout the day when I am working for pay, I listen back to these environments and will began to trim out the bits I like. Often I'll set these up on a loop and begin to play to the rhythm or key of the loop and expand from that, kind of an environmental reinterpretation of sorts. Other times my work for pay job infringes on my music life such as in the track “Ancient Squeek” which is all derived from the uhs, uhms and other in-between quiet moments from audio interviews that I was editing for video. Also, like to pull bits from live show recordings and rework them into new tracks which in turn re-informs my live show.

You work in so many degrees of noise to tell your stories through abstract sounds. How did you end up shaping the final arrangement and design of Wrack with Ruin?

Wrack with Ruin came out of a hectic internal time in my life. My body, especially my stomach felt at constant war, with blessed moments of fragile peace dispersed in between, which also seems to follow the narrative theme of the album. These sharp pains would tightly center right at the core of my body. For some reason during this time I began to develop a hyper focused relationship with the MPC1000 drum machine sampler. At this time, I began to build my own kits for it out of field recordings/foley sounds and manically playing this machine (I have never actually used the sequencer on this sampler and instead prefer to play it live), and in doing so also found my stomach pain would move to the background. It seems that this manic rhythmic theme shows up quite a few times on the album in the form of some sort of broken 'almost dance themes', such as “In League with Ugly Face”. Other parts of the album are pulled from live performances, such as, “Blossoming Snares of the Earth” and “Homeopathic Processor”.

Also, during this time I was having a lot of odd dreams about worms being in my stomach eating at me from the inside which is where the artwork stems from. The illustrator Emma Ball did a beautiful job capturing the feel of what was in my head and body.

We're marinating on “Once I Was a Little Light”, can you describe for us how you created this track?

For this track I was down in the basement once again glued to my MPC when Nathan Brown (Hopi Torvald/Tree Creature) stopped by and jumped in on one of my mono synths. Lucky for me I had the recorder going and captured this moment live to tape.

Other favorite Southern artists that you feel are making a difference and making it happen?

We have such an amazingly diverse group of talented folk in this part of the states. Right now I've really been digging Faun and a Pan Flute. They are a 10 piece out of Atlanta that have this sort of Albert Ayler meets Godspeed You Black Emperor thing going on that I dig quite a bit. So much so that it inspired me to get off my ass and get my label Mission Trips rolling. I am releasing their LP at the same time as Wrack with Ruin and touring with them this Summer. Those kids also have a ton of side projects, such as Carey, (out on Crash Symbols), Suffer Dragon, Currency, etc…

A while back I played a show in Birmingham, AL where we had the good fortune of performing with Davey Williams the improvisational guitar player. Wow. What a talented and humble dude. He has worked with Ikue Morie, John Zorn, Ladonna Smith and has put out recordings on Ecstatic Peace and Atavistic. I'm really excited about recording him this August for a Mission Trips release.

I've also been really into Ramble Tamble, who used to play Shahi baaja with Guardian Alien, but moved back to Tuscaloosa to pursue Folk Art studies at the University of Alabama. Narrator, Divine Circles, Suffer Bomb Damage, Dickie Landry, Dubb Normal, Lonnie Holley, Them Natives, the list goes on and on.

Currently, I'm working on a plan to make a compilation disc of some of these and other folk to highlight a piece of the awesomeness we have going on down this way.

Magicicada's new album, Wrack with Ruin will be available June 17 from Mission Trips.