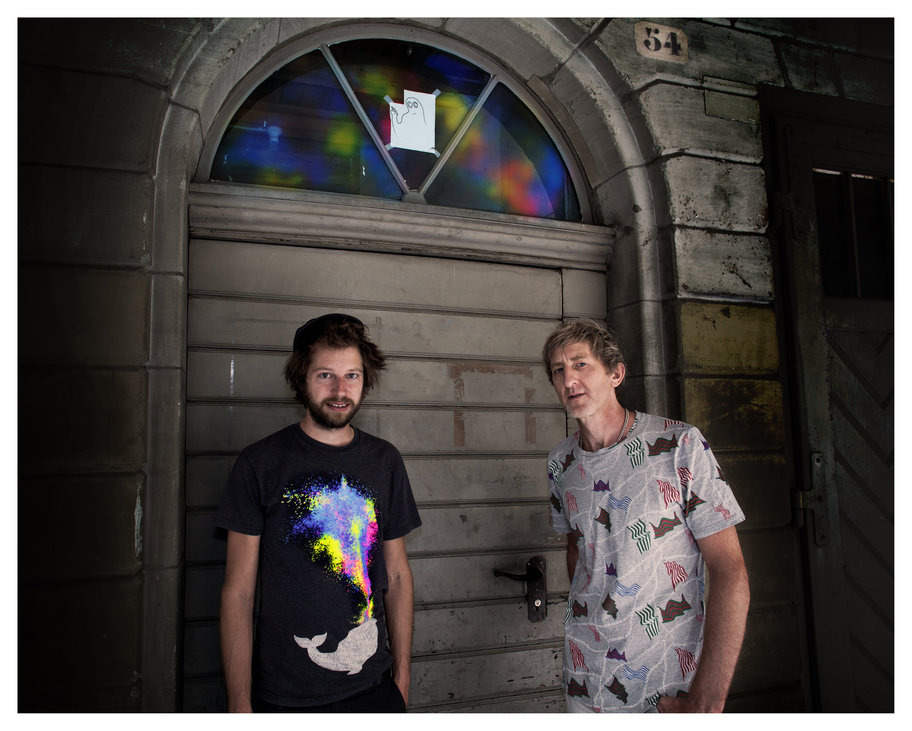 From Bern, Switzerland, Merz, aka Conrad Lambert, works with both new and old folk traditions of balladry. Joined by fellow countryman Julian Sartorius, the two take on the album No Compass Will Find Home through the ethic of 100% real voices and organic beats on the Julian Sartorius Drum & Vocal Rendition that boasts no electronic enhancements (apart from overdubs). With Sartorius fresh from recording his Beat Diary album, his contributions on the joint Everestrecords / Accidental release articulates a new layer of song through the generative global givings of expressive percussion.

Julian brings the gallops of drums and clasping instruments that indicate both the metronomic and prosodic language of music at it's most basic and elemental. Merz begins the song's fire like dance with the invitational line of, “many dreams call like an island siren,” as the sound of an entire drum line reinforces the moods and faraway destinations. In the same manner and textures similar to Matthew Herbert's processing of some of the vocals found on the disc, the drums build all around Merz's mirage-busting lyrics like the gatherings of folks from nearby cities, towns and villages. With the chorus chant of, “goodbye my chimera, we built a castle in the air,” sailing toward the heavens, Julian backs up the rising vocals with a multi-layered foundation creates high-rising stories of percussive rhythms found the world over. Conrad's fireside-folk songs become multi-faceted towers when combined with Julian's unyielding drum beats.

On a few separate occasions, we had the chance to talk to both Merz and Julian Sartorious about their different approaches to song constructions from voices and rhythms, how they differ, and how they both come together to create realized musical harmonies.

I had always wondered where and how your chosen or bestowed moniker Merz came about.

I actually found 'C. Conrad Merz' on the name tag of an old German army jacket. But journalists were quick to make comparison between the sample-collage style of my first album and the 'Merz' collages of German artist Kurt Schwitters. He was an ostracized Dadaist and created his pioneering work from found objects. The fact that I found my moniker on a found German army jacket is very 'Merz'.

What was the collaborative process like working with Julian Sartorius?

Julian had carte blanche with the vocal recordings from my No Compass Will Find Home album. He created totally new sonic environments for the songs using only drums and percussion. Once Julian finished the new renditions we then worked together mixing the vocals into his drum recordings. We also kept some of the vocal processing which Matthew Herbert had applied during the mixing of the album.

Tell us about the castles in the sky level of magic that two of you created between your vocal rendering and Julian's tribal drum beat rhythms on “Goodbye My Chimera”.

We both consider this track an anomaly on the album in that it is the most 'tribal' or African sounding track. One thing I love about Julian's work is that it is culturally or stylistically hard to pin down. To me some of the rhythms on this record could be from another planet or another time, they are so unique and inventive, very orchestral too. So for this track he decided to go full-on trance-like groove. It has a bizarre time signature which I can't recall but it has multiple patterns within patterns. It's an amazing feeling singing to this rhythm live.

What do the enchanted nature of chimeras mean to you and your songwriting?

Well there's two meanings of Chimera in the dictionary, one is a kind of mirage or something that never really existed. And the other is a mythical multi-headed creature-person. In this song 'Goodbye My Chimera' the meaning is the former. The song was written as an imaginary quitting of a career. It could be about a relationship too, if you like. A kiss off.

What were some of the collaborative guiding lights the two of you had going shining forward during the recording of No Compass Will Find Home?

The vision for the Drum and Vocal Renditions version of No Compass Will Find Home was all Julian's. He had just finished an album where he recorded a multi-tracked beat every day for one year, no matter where he was in the world, it's called the Beat Diary. Many of the sounds and sonics of the No Compass Renditions album followed on from his work on this project. So we both saw it in some ways as a merging of my No Compass Will Find Home album and his Beat Diary album. In addition as a collaboration between our respective record labels: UK's Accidental Records and Switzerland's Everest Records.

Two new Merz albums on the go, one very electronic, one very acoustic, not sure how it'll all end up, possibly merged, possibly on the shelf. This year I've been lucky to meet and work with some really unique musicians who have inspired me off into new directions. Bodes well.

General forecast and outlook: Huge changes afoot in the world, twin processes of destruction and creation. Best to see the positive and to be excited and active during these incredible moments of history.

How did you first get into the layer-texturing art of pan-global drumming?

Sometimes when I'm playing the drums I'm wanting to add another layer which isn't possible because my two hands and two feet are already busy with what I play. So besides practicing the drums intensively over years and years to be able to play what I hear live, I've started layering drums on productions, this opens up new possibilities of drumming beyond the limitations of the body.

What were some of the challenges of structuring your drum patterns with Merz's vocals?

I had to find ways of making the song structure clear and to keep it interesting and touching, just drums and percussion, with no use of harmonic instruments. So a lot of common possibilities in song based music wasn't accessible, which was really interesting and leaded into new possibilities.

What was the nature of both your collaborative dialogues during these recordings?

It was a lot about the mixing of the vocals. On that we worked together, trying different possibilities.

What do you feel are some of the intrinsic connections between balladeering and drumming?

To me they almost feel the same, just without lyrics. When I play drums it feels like speaking or singing. I often try to articulate the drums like I'd be singing.