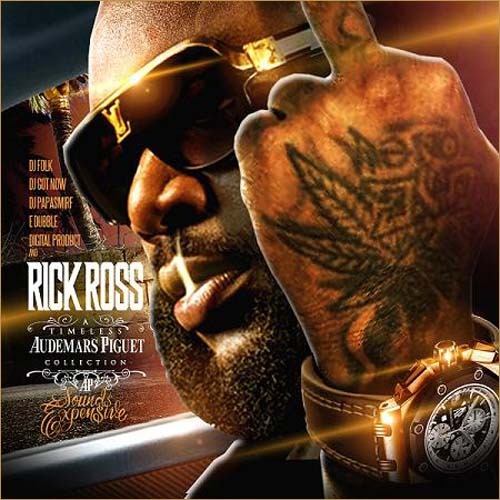 Rick Ross is back to deliver us more of that precious yacht rap we all crave.

I really can't believe Ross is still the rap monster he is today, what with the devastating damage he took during the 50 Cent beef (where, among other things, he was exposed as a former correctional officer). Police affiliation is such an obvious hip hop no no that many assumed that was the last we'd hear from Ross.

What could make rap fans and press look over such a huge blow to his credibility? I think it's that rap fans actually care more about talent and quality music than they do about a rapper having a day job before he was signed. This tape is more of the same from Ross: great beats, funny rhymes about a lavish lifestyle most of us will never know, and that undeniable personality that keeps Ricky in the game. This is pretty much a free album before the real album, Teflon Don, drops, and if this is his B game, then damn, I don't know if I'm ready for the main event.