Seasaw, “Too Much of a Good Thing” 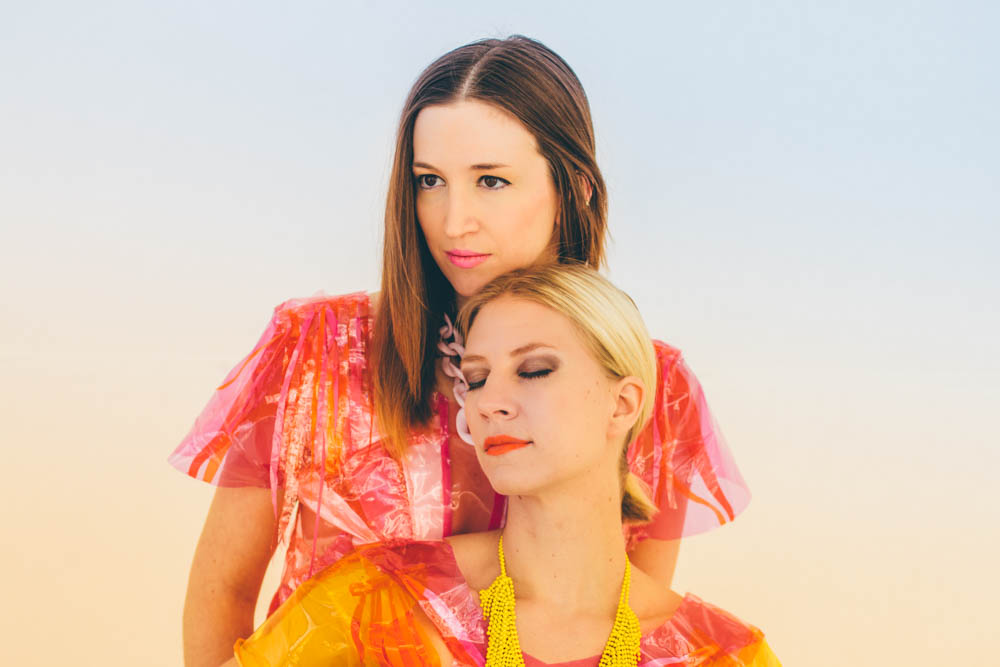 Have you ever heard a song and realized the entire album was going to be your go-to album of the summer? That’s what happened when we got our first taste of Seasaw‘s upcoming album Too Much of a Good Thing. Comprised of the immensely talented duo of Eve Wilczewski and Meg Golz, these two have spent the majority of their collaborative time creating their art long distance. They (finally) made things easier when they both found themselves living blocks from each other in Madison, WI in the summer of 2015, and we get to reap the benefits.

“Folklore” starts the album out strong, a beautiful and dainty folk song that explores sincerity in a relationship. “Absent Wolves” brings a more rock feel to it with stronger guitar and a more jazz feel to the vocals. Then there’s “Ex Girlfriend”, where the girls examine an interesting friendship with an ex. With vocals like “I’m his ex girlfriend, but we’re still real friends in real life / You better deal with it” they highlight that this kind of relationship is possible, no matter how strange it might be.

“Raise Me” brings the album back to a more folk feel, while “Gone Fishin'” slows the tempo down to a crawl. This track is clearly more country, and somehow Eve and Meg make it work with a far different vocal style than in previous songs. “Into the White” has a techno feel to it with the electric instrumentals, while “Waiting Song” holds a sense of humor that we can all relate to. (And love. This song is tops, for sure.)

The eighth track, “Grains of Sand”, is an intricately woven tune, with the vocals almost wrapping themselves around the instrumentals. There is a much more staccato approach to this song, and its upbeat rhythm is something we can envision enjoying at a backyard BBQ. “Millionaire” is a bit of a departure from its predecessors, set at a very steady, moderate tempo. The vocals almost have a more breathy tone to them, and the beat of the drums really hits hard.

Down to the last two tracks, “Together” is a beautiful testament to love. Seasaw ends the album strong on “Light”, which is one of the most striking songs on the album. Lyrics like “I want you to know / I’ll beg and I’ll barter / I want you to know / I’ve cried harder” bring a sense of vulnerability to the album. The strings are nothing short of gorgeous, and it brings an impact that makes this album truly unforgettable.

Too Much of a Good Thing is out July 22nd. It is available for preorder now.

PrevPreviousSam Himself Debuts Single “Out Of Love”, Explains Why His Music Is A Coconut
NextGnome Beats, “Glaciers X Thunder”Next