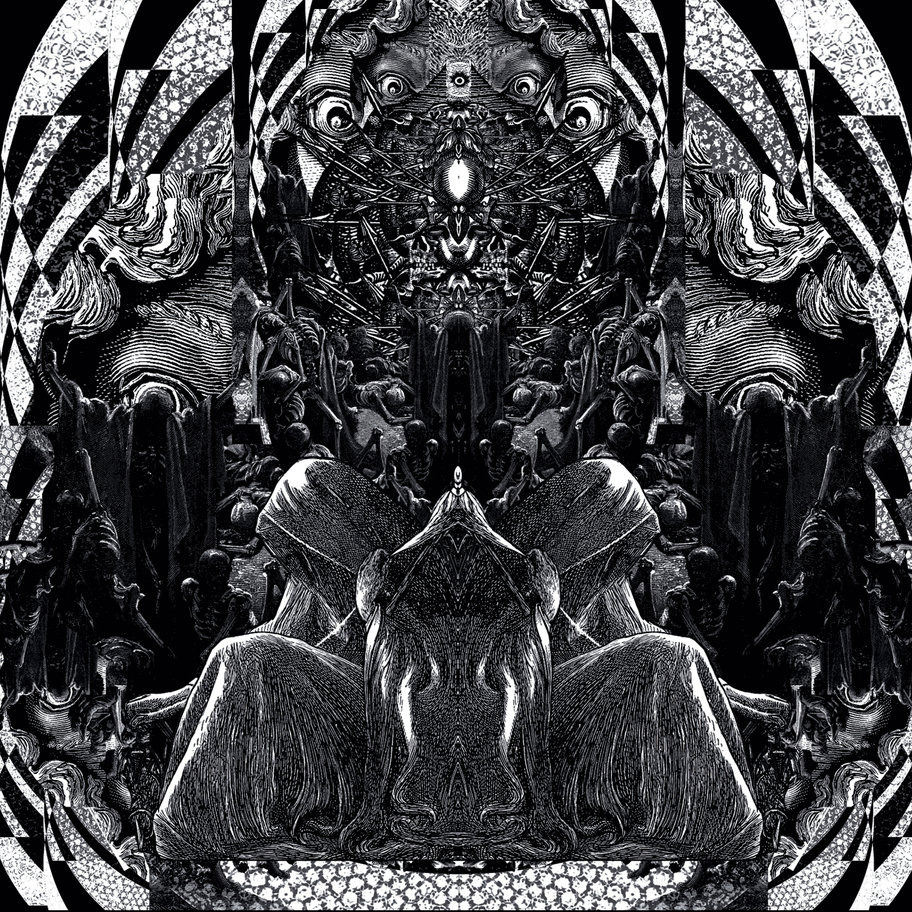 Parallel Thought has always helped us think differently. Through the recent years, breakthroughs and shifts of audio evolution, PT has brought us some of the most elusive brain scraping production for the likes of Del The Funky Homosapien, Tame One, Gene The Southern Child, and even recently with the re-imagined overhaul of Cannibal Ox's The Bicameral Vein. Today we give you an exclusive stream of 3:33's Bicameral Brain that sports the heaviest, darkest clad cloaks to keep you warm during your Halloween pre and post-gaming season. More than a preemptive Fall harvest before the unforgiving onslaught of winter; prepare thy soul for some of the deepest trenches of atmospheres, concocted like illicit hallucinogen substances or foreign suspense flicks that ignite the mind's most guarded pockets.

On the first disc of this double album, the cycle between “BB-1” through “BB-11” depicts the chemical process of mitosis that starts right where the “The White Room” first began to expand. Phasers signal memories of voices, as the beats pound against the separating alabaster walls. It is here where our story begins, as the percussion sends all six sides of Pandora's box into the nether realms of pluming smoke signals and encoded transmissions. The electrons and neurons become boiled in time to the beat as the adventures travel into the circuit boards and into the thick abyss of altered fragments of the unconscious mind. As every track turns a new corner, the audio materializes like manifestations of neuroses and connective cables utilized by thought messengers. As the first disc comes to a close, the schizoid battle takes a new form, while the rhythm balances the ambient with the allure of the supernatural. The process of brain breaking is heard on the final, nearly nine minute exercise in a lucid experiment that exorcises away the excessive electricity for a new separated order of cognition.

The second disc commences the Bicameral Brain's interactive symbiosis. Both the left and right sides zap synaptic communicative thoughts into a cohesive synergy. From “BB2-1” through “BB2-14,” the objective is auditory thought building. Listen as passages of air can be heard channeled through the motions of claustrophobic ducts that vary in dimensions and sizes. Anticipation and anxiety builds through percussion minimalism that takes shapes from blazing keys of sustain, as the feeling of full sci-fi immersion becomes enclosed all around you. Vague radio broadcasts played within the smoldering mist are sometimes your only guide, as you wade through the cold water muck, and dense sewers of sinewing sound. Along the way, audio contraptions comfort the journey as each track takes you into new corridors, barren cisterns, and new rooms with new acoustics to explore. As you make your way toward a new light, the tunnel turns out touches of jazz progressions that lead to hallways of new hopes, a new generative bliss, leaving you with a brand new sense of noise harnessed by 3:33's meticulous design.

3:33 described the internal/external guidances that brought this album to materialize from the ghostly ether.

We first worked on this album 4-5 years ago. Different than any of our previous projects because the sounds guided the record. We didnt have the free will to make what we want. Instead we were trapped/guided by internal/external forces to follow the auditory canvas that was unveiling before our eyes.

There are ghosts of sound which return to haunt long after sound is dead. – Robert W. Chambers