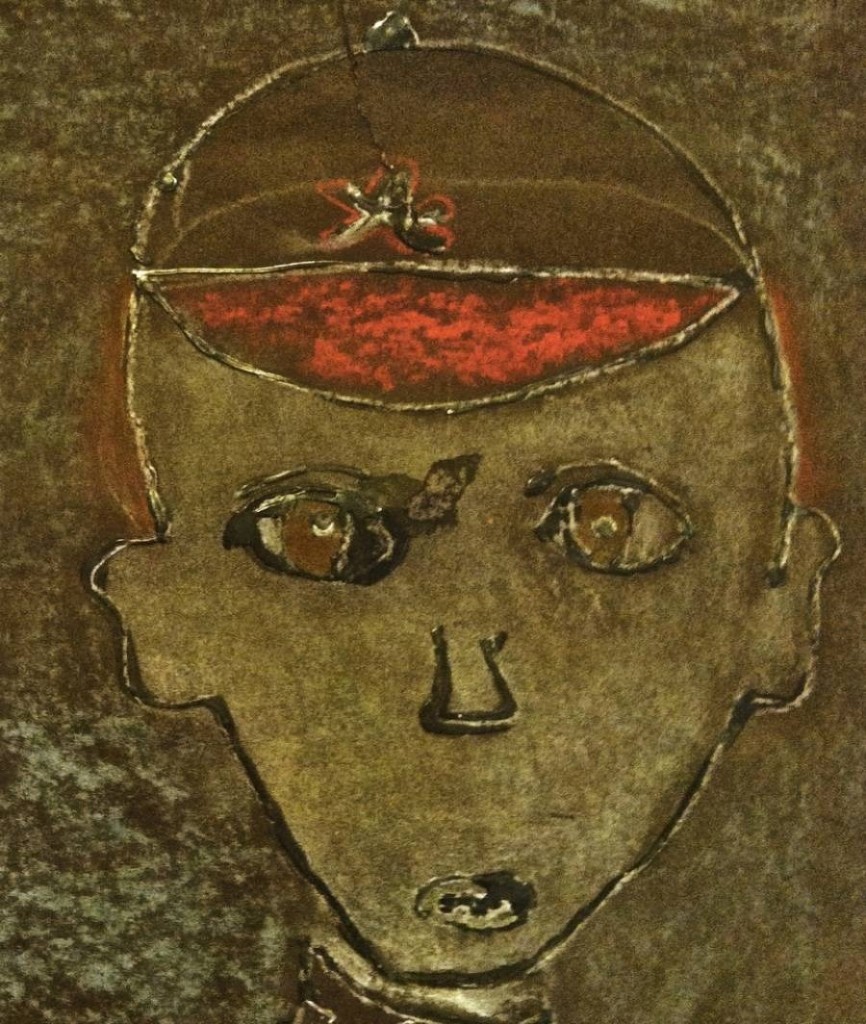 Ajnabi is the sound vehicle of Brooklyn's Blake Luley that transports the listener to other worlds new and old-and into the environments of other times. On the premiere stream of his new self-titled album, dates are utilized as narrative titles that follow his roads of intuition to places near and far; all conjured together in his minimalist home studio. Luley's releases create evocations of the outsider exploring lands and lives, taking the listener along on those journeys like on previous works, Nablus//Gaza, and A. The self-titled continues on these paths from Blake's audio creations that allow the audience to experience places he has been and things he has felt through the kind of instrumental adventure that could only be achieved through clever home recording.

Introducing you to the world of Anjabi, the 'stranger in a new city' feeling rides into town on Blake's actual birthday of “June 2nd 1987”. Here muffled voice loops and string to synths parallel bonds burn with the energetic dawning of a life begun. Then the curtain and all things lift and fly on the rising motion of, “February 11th, 2011”, which bewilders in the way every sound feels like growing clusters of thoughts occurring and occupying the spaces between your ears. The organic approach to found sound percussion and minimalist rhythm marks the slow travels of, “August 22nd, 1991” that develops it's own instrumental tale from the interplay of droning strings and audio note samplers in front of a key sustained canvas.

“June 2nd, 2002” brings the drifting notes that careen on contemplative seabreezes gently blown in all directions. Taking life from the acoustic wooden resonance, “January 26th, 2013” springs to heel with the arid desert rhythms of cloven hoofed percussion that reveals itself through a call of foreign strings and note controlled bell chimes. Afer a finale of beautiful electric dissonance, “April 25th, 2013” holds on to every note in the clutches and prayers for new light, as the guitar strings give in to an electric burst of puntuated movement. And like a burning bush or the effects of looking directly int othe sun; “June 2nd, 2013” shines with an ecstatic radiance that gives peripheral vibrance of noise and sweeping, blazing ray beams of sound. Enjoy with a clear mind and giving heart.

Blake Luley talked with us a bit about the making of his self-titled, certain conceptual frameworks (and also the lack of frameworks), ambient visions, and more, beginning with the significance and thoughts on choosing the name Ajnabi.

First tell us the story behind the name Ajnabi, and how it became the moniker for your musical vehicle.

Ajnabi means stranger or foreigner in Arabic. I was volunteering in Palestine and every time I'd walk down the street the kids would point at me and say “Ajnabi! Ajnabi!' It was pretty damn cute, but also made me think about my place as a foreigner. Basically, what me being there meant to the Palestinians I was interacting with and what it meant to me as the foreigner. That was a new concept to me because I had never travelled outside of the country much prior to this trip. The idea of feeling foreign began to really influence a lot of the music I was creating and I began to experiment with loops, found sound, and audio manipulation. That's really where this project was born.

As an avowed home recording artists, what are some of the challenges you face in recording with home computers, Casios and the like?

I don't really see the constraints and limitations of recording how I do as a challenge. I use the built-in microphone on my computer and almost all the sounds are manipulated acoustic guitar and a beat-up old Casio keyboard. This started out as a way of getting down ideas, but then I began to embrace the aesthetic of how it sounded. The hardest part is being true to the mood and feeling of the raw, predominately improvised loops I initially create when molding the final product.

You move within found sound captures, a jazz nouveau sensibility in make these works of ambient pertinence that takes the listener to new places. What are some of the behind the scenes constructions that the listener doesn't see that you work painstakingly over to create that perfect mood?

I would say the process with this album was more intuitive than painstakingly worked over. I don't mean that I didn't work really hard on these pieces, I just mean that it was a very fluid and natural process while I was creating them. In the past I have worked painstakingly over things and in turn overworked the music, but with these pieces I really focused on just capturing a creative moment.

I know you already have talked a bit before elsewhere, but would you care to explain and maybe bring us to song titled dates that each hold a kind of sacred or significance of memory for you, and maybe how the music evokes that time?

The purpose of having the titles be just the dates was so that the listener could attach their own meaning to the pieces. Also, the pieces were created from a place of trying to work through some unprocessed things on my end. Much explanation would take away from the open-ended nature of the music. I will say my birthday is June 2nd, 1987. Also, each song has an alternate title that might give just a little insight.

Was there a conscious decision to order them in a semi-chronological order of life events as memories channeled through music?

It's not entirely in chronological order. The reason for that is partly because of how the music flowed. Also, when I was arranging the different pieces I was thinking of them as scenes in a movie. I wanted the 'movie' to flow in a non-linear fashion for the first half and then fall into a linear timeline for the second half. Also, I was imagining documenting moments in my life but without much context of why or what is happening. Just capture the moment and feeling of that day. Because I am working with music and not film, it was easier to be evocative and abstract at the same time.

The Ajnabi self-titled will be available September 17 on a limited number of CDs from Mecca Lecca Recording Co.