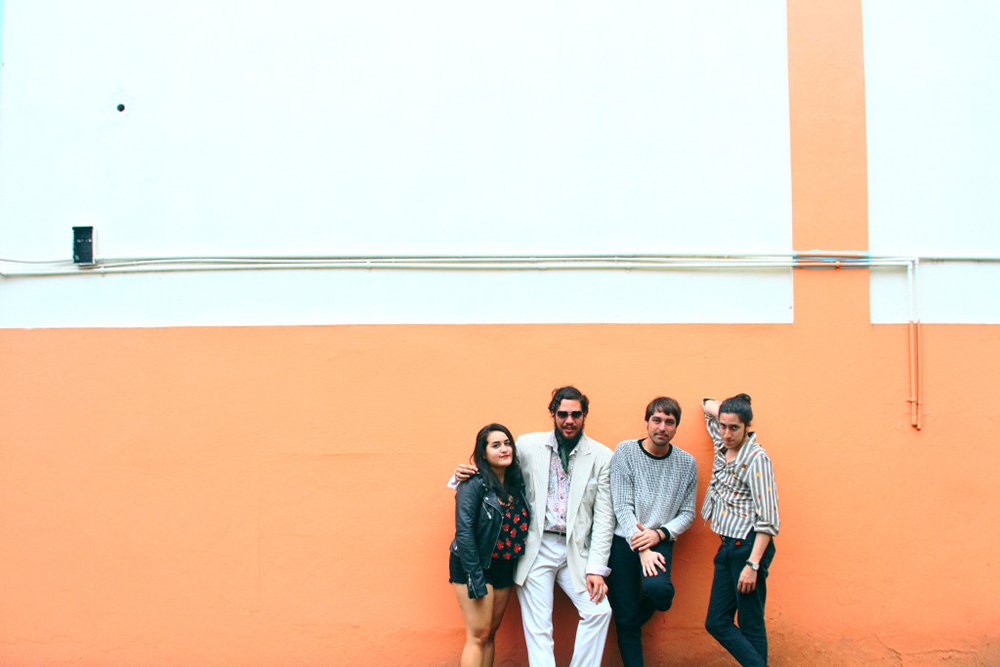 What happens when a guy with a master’s in Victorian poetry and painting turns his psych-pop bandmate onto the inventive yet revivalist works of the Pre-Raphaelites? In the case of Los Manglers, it’s Between Worlds—the Puerto Rican group’s magnetic and mystifying debut full-length.

“I like this idea that you can revisit history, and you can work out of the historical continuum of art and sort of incorporate the past,” he says.

Olivares says he got singer Laira Díaz hooked on paintings like Rossetti’s Beata Beatrix and
Whistler’s Symphony in White No. 1 ahead of writing the album, and together they explored “the idea of beauty and sensuality” and “the figure of the woman as a femme fatale.” Their shared obsessions bore some seriously sinister, ghostly tracks—”Before the Mirror” and “St. Agnes” in particular. Both harken back to psychedelic ’60s while simultaneously playing homage to the 1860s, but the former is easily the most mind-melting. It’s named for Algernon Charles Swineburn’s poem, which was written about Whistler’s Symphony in White No. 1—and then, of course, Los Manglers twisted things even further.

Maybe as a means of tempering the bewilderment, Olivares, Díaz and their comrades, bassist Juan Antonio Arroyo and drummer Mario Negrón González, threw a few sugary love songs into the mix. They’re by no means throwaway tunes, though. “You Can Call” and “Highwired” are super-sticky, unshakable pop gems, thanks in part to Díaz’s perfectly candied vocals. There’s even a cover of the 1959 hit “Stupid Cupid,” which, by the way, is delivered flawlessly.

But Los Manglers are undoubtedly at their most intriguing when they let their fascinations guide them—-the instances in which they’re looking back twofold, but also looking forward. That’s when they’re truly existing Between Worlds, and while that state is somewhat perplexing, it’s also utterly enthralling.